Where to Eat in Santa Cruz das Flores: The Best Restaurants and Bars

Santa Cruz das Flores (Portuguese pronunciation: [ˈsɐ̃tɐ ˈkɾuʒ ðɐʃ ˈfloɾɨʃ]) is a municipality situated in the north half of the island of Flores, in the Portuguese archipelago of the Azores. Situated in the sparsely populated Western Group, the population in 2011 was 2,289 inhabitants in an area that covers approximately 70.91 square kilometres (27.38 sq mi), bordering the southern municipality of Lajes das Flores.
Things to do in Santa Cruz das Flores This is a super little restaurant in a sweet little village, serving lunch and dinner. Friendly staff, beautiful situation, sunsets are stunning in the evening. Great local foods, beautifully cooked. A good selection, not many vegetarian options, (ongoing problem throughout the Azores, generally speaking). lots of locals eating here, which is a good sign. we struggled with restaurants on Flores island but this was a real treat. Get yourselves there! 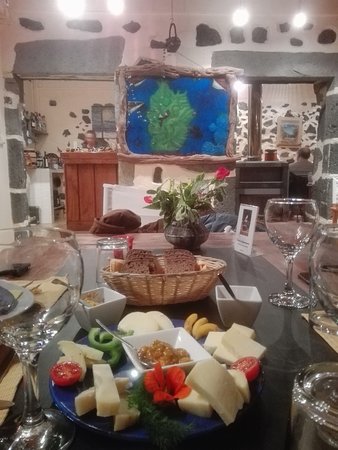 Reviewed By AnoniemJ1 - IJsselstein, The Netherlands

We ate here after coming back from South Lages walking tour. The restaurant has outside and indoor dining. We chose to sit outside. Very friendly owner and staff. Many choices in starters, main course (both fish and meat) and desserts. We got little 'amuse' to start with: home baked bread and different mousse.
We chose goat cheese salad, which was nice but a bit dry, and tzaziki, which was delicious with the home baked bread. Then fish in sesame crust and veal steak. Both delicious. You can choose different side plates, e.g. Rice, potatoes or even couscous. We finished with ice cream and fruits.
All in all enjoyed the restaurant atmosphere and good food. Just be aware that you can only pay cash!! 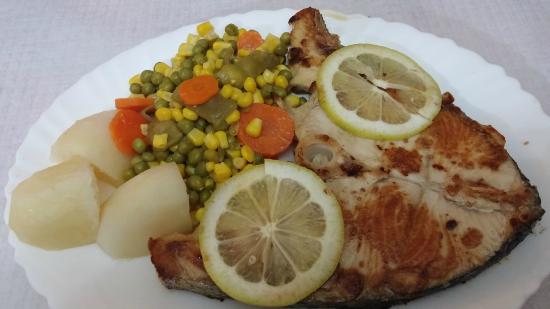 Reviewed By iwona A - Warsaw, Poland

Great choice of different sorts of fish. Helpful, friendly service, ready to support you and give a piece of advice during your travel 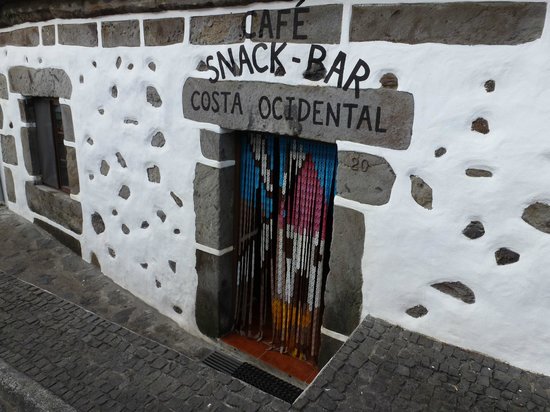 Really good food! We had the chicken curry and bread. The curry wasn't spicy and the chicken was very easy to eat. The bread was delicious! The atmosphere is calm and relaxing. If eating there in the evenings make sure you make a reservation otherwise...MoreThank you so much for your review. It was a pleasure to have you at Jonah's, come back anytime, you are very welcome. 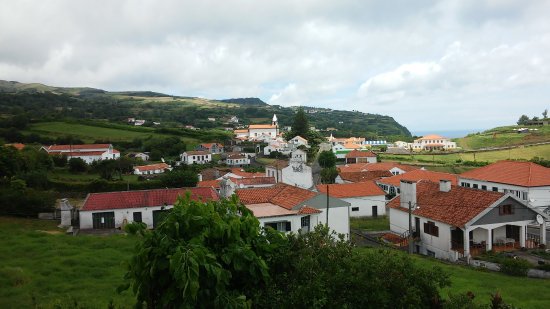 This restaurant was a recommendation from other Germans, we met. You might be surprised if you make reservation and they ask you whether you want to have fish or meat. My wife took the fish, me the meat. They do not have a menu card. This should not keep you away from this choise. The mother is the master of the kitchen and she truly deserves this title. We had the white wine, very cool presented. First I was not sure but after some minutes it developed its flavour. They
offered us a Grappa for free. We met this family first time but felt at home at once. If you go to Flores I urge not to miss this charming place. But you have to make reservation. 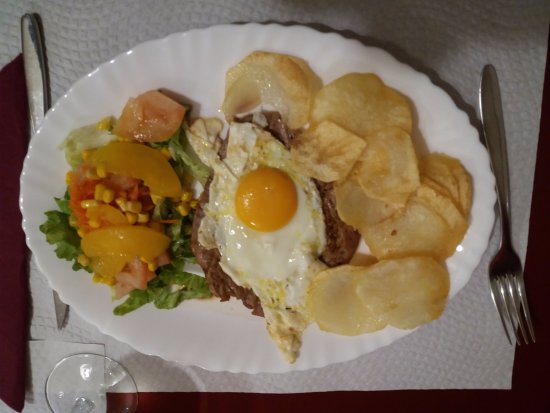 I stopped in for a bite after landing on the island. I was quickly seated and offered a menu and some warm samosas! What a treat, they were delicious. The menu surprised me with a veggie curry so I got that. Way more food than...MoreObrigado pela visita e avaliação. 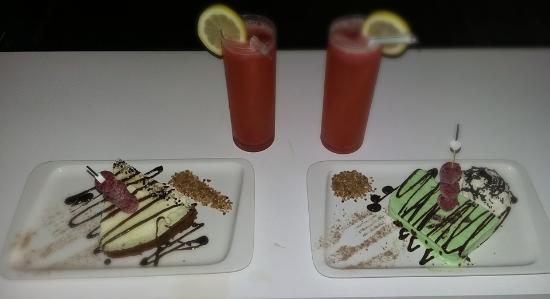 Visit us Enjoy a light snack , continental breakfast , afternoon tea, soup, or simply a hot or cold non-alcoholic drink in a modern bar-cafeteria. We organize occasional events properly scheduled and announced as tea and convivial evenings . we have a serene and friendly service that combines overlooking the village and the magnificence of our Church , with the Corvo Island to set the tone in the background. we have Terrace to the sea and overlooking the port of Poças . A huge sky and sea set the tone . Our bar-cafeteria service is not intended as a restaurant and do not serve drinks with alcohol because we provide different , natural and fresh options. Be always welcome.

This place is located in the newly-constructed Museum of Santa Cruz, where you can enjoy an interesting old photography exhibition. The view is great over Porto das Poças with Corvo island in the background. The Deserts are just great and the staff is very nice.Thank you very much! 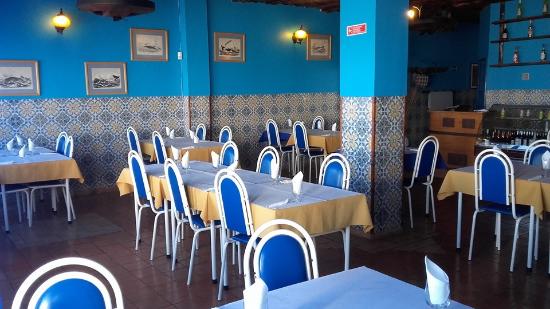 This is a very unassuming place hidden at the end of a long corridor next to a car repair shop in the industrial zone of Santa Cruz which you should absolutely visit. Nevertheless the grilled wreckfish (cherne) was not only the best meal we've had...Morethank you 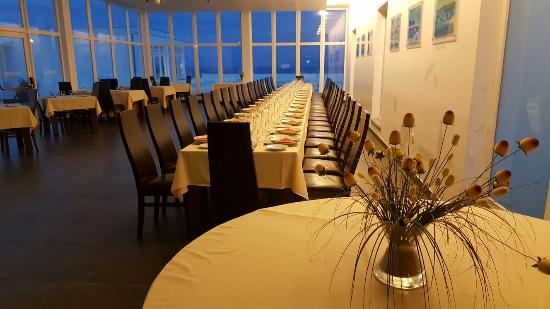 Talk to Carlos, the owner! The food are excelent and the service very good. I will return! Thanks for the amazing food.

Das Flores Café & Wine is the perfect place to enjoy a light meal such as salads, sandwiches and soups with a glass of wine or a delicious pastry with a cup of coffee while you wait at the airport!

Located upstairs in the Santa Cruz Airport just next to the security screening area. They mainly serve sandwiches, soups and Deserts. The service is very good as are their prices, especially for airport fare. They design is modern and clean with a Reading corner stocked with travel guides.