Where to Eat in Atlantida: The Best Restaurants and Bars 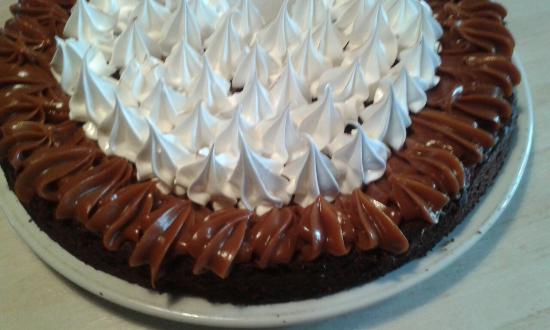 The dishes are really big and very very nice. The prices are good in relation with the quantity of the food.

Reviewed By Manuel a - Montevideo, Uruguay

Restaurant is run down, food is very average and service slow. The horse ride is nice but we had to wait 30 min under the sun for the helper to smoke his cigarette. Atlantida is located half way between Montevideo and internationally famous Punta del Este.
A quiet and neat river resort in a nice peninsula on the shores of the River Plate.
The restaurant is one of the few opened during the whole year, conveniently located in Atlantida's commercial centre.
The place is neat, nothing fancy but the food and service are very good.
Typical Uruguayan food, bbq, and the menu offers a wide range of options.
Again, nothing fancy or chic, just a neat place with good food and service. 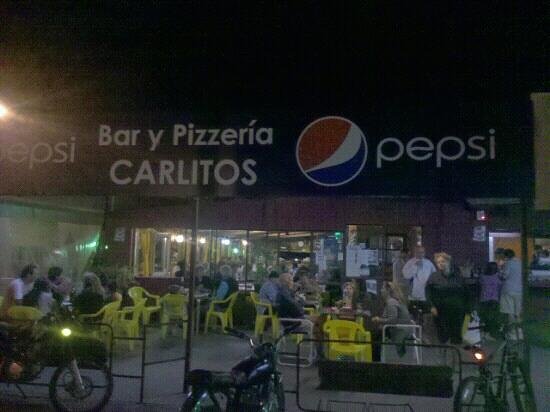 Great food, yammy pizzas, cold beer, friendly attendants, but you'll need a car if your hotel's in Atlantida... not a bike 'cause beer will get you "happier" 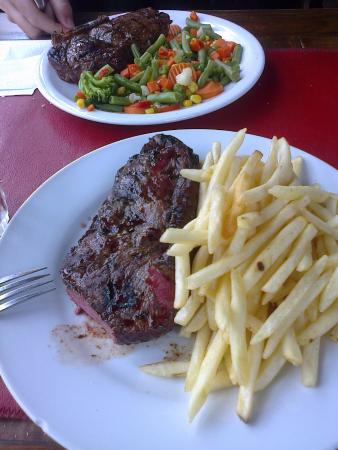 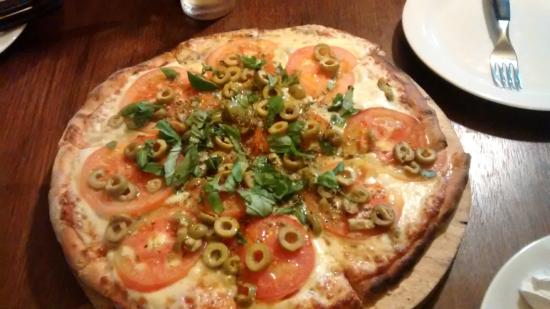 I ate here several times during my trip. There was a young waiter here that spoke excellent English, which was a nice perk for me. Good music was playing and the location was great. 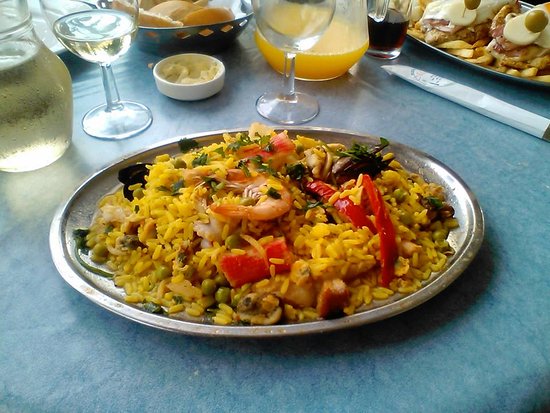 Typically local cuisine restaurant half an hour to the East of Montevideo. Ambience is average, nothing fancy but clean and tidy. Service is attentive and very polite. Food? Hmmmm... I was quite dissapointed, as previous reviews were pretty good. Portions are generous in excess but...MoreThanks! 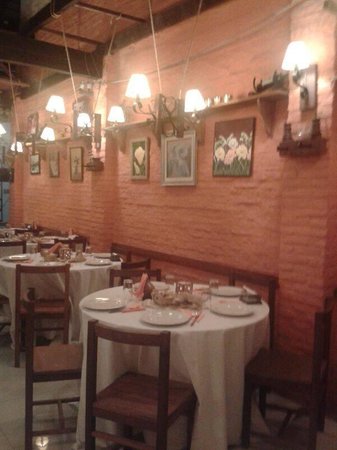 La Cuchera de Madera (The Wooden Spoon) – Parque del Plata, Canelones, Uruguay
“A Wonderful Discovery in our own backyard!”
Today, two friends introduced us to La Cuchera de Madera, a delightful little restaurant, that we have somehow missed hearing a thing about in its more than three years of existence, even though we just a short drive away. We would like to announce it more thoroughly. This is a great place to go!
We arrived a little after 1pm, and were the first to arrive. Uruguayans eat lunch late. The owner quickly came out from the semi-open kitchen area to greet us, as we looked appreciably at the earth tone orange walls and woven ceilings of this neat and clean eating area. He led us on a brief tour to show the outdoor parilla behind the eating area and the (covered) open outdoor eating area beyond the grill. We returned to the indoor Seating and chose an orange and yellow clad table near a window where light streamed in.
There is no paper menu presented. The offerings are written on a board near the salad bar. The set meal includes soup, access to the salad bar, and a main course item. Beverages, desserts, and, of course, service are extra charges. We were presented with an appetizer, a pork concoction (apparently) in a vinaigrette, served with little rounds of garlic toast and crusty bits of bread. We enjoyed these with a large flask of the house red wine, while we looked around at the eclectic decorations of this new treasure. Eventually, we headed over to the menu board.
The main course offerings on this Saturday were two different chicken dishes, a pork dish, a lamb dish, two different fish dishes, and a pasta. There was also the choice of the traditional Uruguayan parilla fare. Everything sounded interesting and the chef was watching, eager to please. Oddly, none of these dishes appealed to me. I rarely eat meat, but I really had my mind set on beef, which was not featured, except parilla style which I did not want. The chef sprang to the rescue and explained several beef dishes he could make. Both my wife and I agreed to try one. Our friends both chose the pasta dish, with a four cheese sauce.
The salad bar was not the usual uninteresting fare. There were five different bins, one plain lettuces, and all offerings were interesting. Most of us sampled all the choices. A wide range of oils, vinegars, sauces, and seasonings were available to add to your salad. Our soup, today, a bowl of clear vegetable broth, arrived just as we did with our salads. Everything was very tasty. We did not go back for more salad, though allowed, as we knew there was much more to come.

Our main courses were presented in a timely manner just as we finished our soups and salads. Our beef dishes turned out to be seasoned strips of beef steak that had been braided along with a strip of bacon and was served with a garnish sauce featuring cooked onions and red peppers bits. On the side were two small potato halves topped with melted cheese and herbs. It was attractive and delicious. Our friends also enjoyed their pasta dishes.
The dessert offering (postres) beckoned. Our friends decided to not partake of dessert, but, from previous visits, they assured us we should indulge ourselves if we could. We did not resist. There was a chocolate and dulce de leche cake, a citrus cheesecake, a great looking flan, an ice cream cake topped with frozen slices of Kiwi and strawberries, and another pie-cake that seemed to be mostly whipped cream, peaches and meringue and was, in our opinion, the best of the lot. And yes, we had to sample everything! How else can you write a review?
The bill for this over indulgence of food, and half the wine, totalled 1060 pesos. We added a 10% tip on top and received, under a new Uruguayan law, a refund 191 pesos for using my VISA card. So, we actually paid 975 pesos, US $39.75 on today´s exchange rate.
La Cuchara de Madera is located on Avenida Argentina, between G and H streets, in Parque del Plata, the most easterly community in the greater Atlántida region. 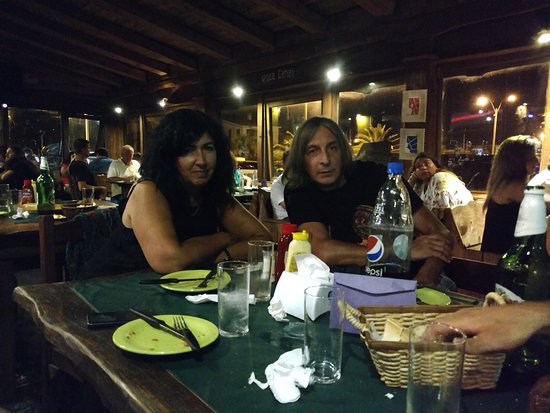 I have eaten numerous times here via the twice-monthly English-speakers meeting but also separately. The view is spectacular of the sea and the food good. It's rather rustic which fits with the beach side theme and if you are an English speaker you will struggle a bit but that will make you want to learn more Español.