What to do and see in Ksamil, Albania: The Best Places and Tips

Ksamil Albanian: Ksamili; is a village and a former municipality in the riviera of Southern Albania, and part of Butrint National Park. At the 2015 local government reform it became a subdivision of the municipality Sarandë. The population at the 2011 census was 2,994. The municipal unit consists of the villages Ksamil and Manastir. The proper coastal village, built in 1966, is located south of the city of Sarandë off the road to Butrint.
Restaurants in Ksamil 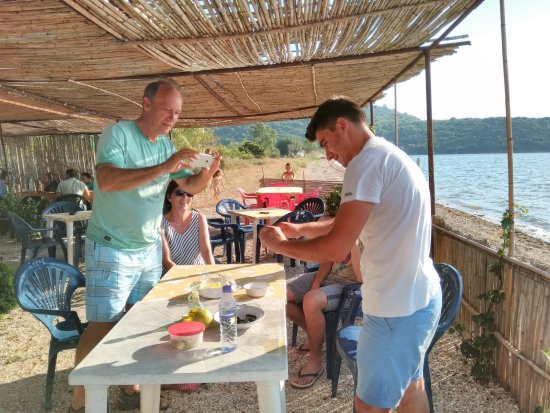 We met the jolly Soraldo, our guide at Lake Port in Ksamil and climbed aboard his pride and joy, a traditional style mussel boat which took us across Lake Butrint.
He explained in perfect English how the mussels are grown and harvested. The location is very beautiful as the lake is protected and birds and fish are plentiful. Indeed, the only human presence is local fishermen using handlines with mussel shacks dotting the shoreline. We took turns to clean the mussels and learned about removing the 'beard' from each shell. Shortly we arrived on the far shore and were greeted with a warm welcome from locals who had set a table in the shade. Wafting delicious smells were in the air. Wine and cold water was served and a fine feast of fish and BBQ mussels was presented. A plate of grapes and more wine followed. Our only company, a dog and a cat who slept at a polite distance. There was adequate washing and toilet facilities, primitive yet clean.
It was a perfect afternoon with the sun setting on our return, offering us a glorious sunset for dessert.
We went with another couple and all agreed it was very good value for money and something very different and quite unique. Certainly not hackneyed tourism. I thoroughly recommend this tour, educational and gastronomic. You almost feel you are experiencing what the ancients enjoyed. You can't put a price on pure, delicious simplicity. You can find out more @visit_ksamil 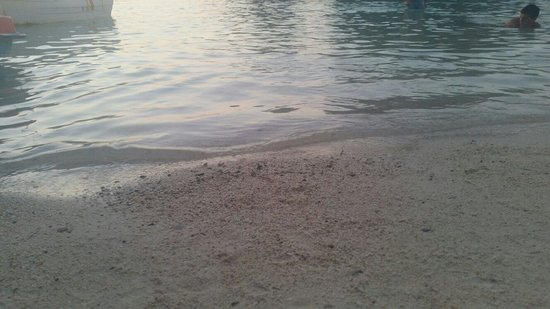 It was ok. Nothing specialy nice restoran on the beach . Many choice of clasic food .
Waiters friendly but they can warn me that pomes is near food which I order . I order again because i did not know that it is near main food .
Food was good.

The Vivari Channel itself is quite beautiful. It connects Lake Butrint to the Ionian Sea and is full of small fish and a good place to spot waterfowl.
The cable ferry is the easiest way to get yourself from one side of the channel to the other. It is definitely rickety but the rusty cables and deteriorating boards add to the rustic (and somewhat sketchy) charm. The price list is unhelpfully located on the opposite side of the channel from the Butrint Park parking lot and doesn't seem to always be accurate anyhow. Prices seem to change according to the mood of the attendant on duty, but expect to pay 50-100 lek each way on foot, 150 lek on a bicycle, and 500 lek or more for a mid-sized car. Sometimes you can go across without paying if you are on foot and there is at least one paying vehicle going across as well. The attendant will also accept Euros. Finally, don't expect friendly service or English beyond "one Euro", "five Euros" etc.
This cable ferry also makes a cameo in an episode of "Top Gear". 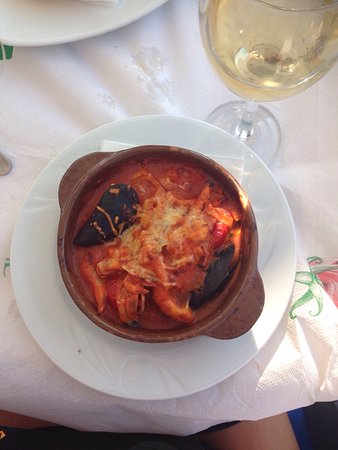 Beautiful but rather small beach, unfortunately really crowded in August. Parking can be difficult. Plenty to do- you can catch a motor dingy from the beach to one of the Islands, hire a pedal boat, a kayak or a banana ride. Slightly more expensive than other places in the area but still reasonably priced. Plenty restaurants around, the ones further away from the beach are cheaper and quicker with equally good food.

We were on the beach at 11:00 o'clock, me and my girlfriend wanted to take two sundbeds, and there were 8 of them, but the guy who worked on the beach told us that all of them were reserved. So we had no choice and put our towel on the sand luckily at 15:00 one couple stand up we asked them if we can have the sunbeds and how does it work with the reservation, they were surpriced and said they never make reservation, after 5 min the beach guy came and told us that the sunbeds are reserved again and humiliated us, he wanted to fight with us and was yelling at us. I assume they keep them for albanian guests. We got scared and left home very dissapointed. You are going somewhere to have fun , you can't wait to go on holliday and you are so happy to be there, and this is what happens you spend money, eat and drink in restourants, and as a thankfull they make your day a nightmare. We have heard a lot of bad stories this was ours. Also we will never ever go to this beach again its very crowded, you can't even move, full with crying children and the stuff very unpleasent.