What to do and see in Jinju, South Korea: The Best Places and Tips

Jinju (Korean pronunciation: [tɕin.dʑu]) is a city in South Gyeongsang Province, South Korea. It was the location of the first (1592) and second (1593) Sieges of Jinju by Japanese forces during the Imjin War. The Republic of Korea Air Force Education and Training Command is located in the eastern part of the city. There are cultural-historical tourist attractions in Jinju such as Jinju Castle (ko), the Jinju National Museum, and the Nam-gang Prehistoric Site Museum.
Restaurants in Jinju

I was quite taken up by this attraction for it is well kept and beautiful! The commanding view over the meadering river was just magnificient!
KRW 2000 for the entrance fee is well worth paying for the historical attractions and the museum within this old fortress.
Tip: The Busan to Jinju express bus runs almost every 15 minutes, from Busan Seobu Bus Terminal (above. the Sasang Subway Station) to the Intercity Bus Terminal in Jinju. The fortress is within walking distance, west of this station on the northern shoreline of the river. 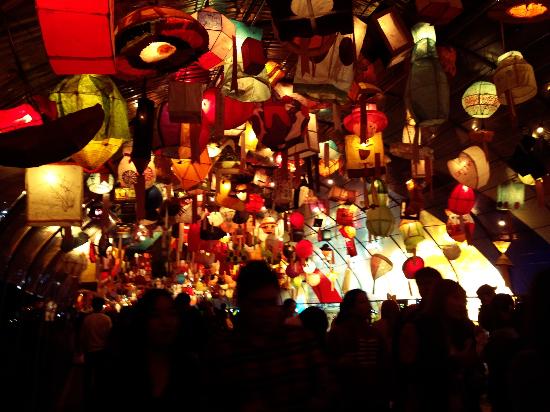 Entrance Fee: 10,000 KRW
Was it worth your money? Oh, yes.
In addition to spectacular lantern displays, there were also live Performances, parade, and various activities. We were lucky because there was also a firework display on the day we visited the event.
Location: It was inside a castle. (I forgot the name of the castle)
If you have time, come and see the Lantern Festival in Jinju.

Jinju Castle is located in Jinju, Gyeongsangnamdo, South Korea. This beautiful traditional Korean Castle is located right on the South River in this Southern Province on the Korean peninsula. The castle offers a unique respite from the urban sprawl that covers most of South Korea. Unlike other such traditional architecture in the country, this site is relatively untouched by rampant urbanization. The castle has a large open area just inside the entrance with grass that you can actually walk on, which is uncommon in South Korea, where a lot of grass is off limits or seemingly untouchable locations. The castle is the ideal backdrop to the small city. You can walk through the grounds, stopping at the pagodas located in sever as well as a café and museum. Signage throughout the area tells you of the sites history. There is an ideal location in the park for picnics, which seems like a slightly more modern Central park. The aforementioned open space is not altogether unlike Sheep’s Meadow in Central Park where people go to relax almost like a day at the beach. Though sometimes the staff asks you to vacate the grassy area, this can be a peaceful retreat from the seemingly endless National Hustle. 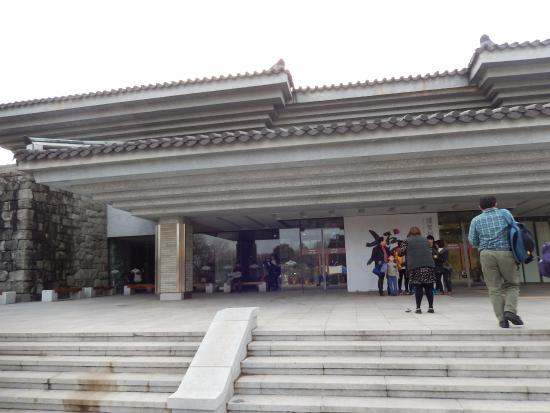 This museum is located inside Jinjuseong. Almost the whole museum is dedicated to one particular battle during one of the Japanese invasions (I want to say during the 1500's). If you are at the fortress and need to kill some time, take a look, but I recommend going behind the museum and shooting some arrows instead.

It is a great picnic place for families. I think this time of the year is great when autumn foliage starts to begin. Area is very large with so many great views. It is about 30 mins by car from the Jinju downtown. 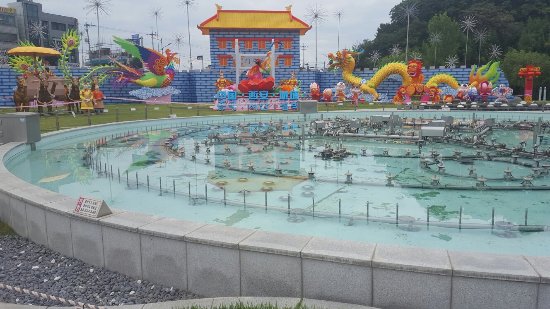 Reviewed By Sung A

Its very nice to see everytime they show the dancing Fountain. The spot also is a good location to relax. Its near Namgang River. Families, friends, lovers and singles can enjoy the moment of watching the musical Fountain. First, let me set the scene before I give my review. A lone traveler walks down the trail along the street on a mountain side, fog clinging even after morning…

The heat and humidity is suffocating. A worker from the hotel walks by, motioning vigorously. Turns out, there are snakes in the grass. The zoo is straight ahead from the street now. I look around and no one is there. Not even in the ticket counter. I wonder several times throughout this if I should just go back to the hotel, but curiosity and boredom won out. Finally, someone pops up at the ticket booth and I got a ticket for 1w. Very reasonable. The actual zoo is a very small zoo with animals in tiny cages. It is built on a mountain side and has steps zigzagging everywhere. Except for the goats and sheep, they were in a nice space with a cage and a ravine. I saw a monkey, lion, huge bull, and some seals. I could have literally reached out and touched some of the animals through their cages and some of the animals were reaching out (the monkey) trying to touch me.
It was a very chilling experience, not helped much by the lack of other people and the expansive fog left over from the typhoon. I did hear one family in the distance at one point, not that comforting either. The moment I decided to leave (and try to run up a mountain side) was when I saw the wolf, or I should say, felt the eyes of a predator on me. Although it was in a cage, it was staring me down. That was it for me. So if you happen to be at the Asia Lakeside Hotel in Jinju like me, it is a short walk and cheap.
Needless to say, I would not recommend going on your own, walking on the walking, or even going into the zoo after my creepy experience there.

The temple was originally founded in the 9th century but destroyed during the Japanese invasion in the late 16th century. One of the buildings is the oldest in Gyeongsang-namdo... but the real treasure is the large (over 10m) Buddhist painting in the museum.
The temple is a good starting point for hikes in Wora-san. the bus stop is about one km further on the main road, but it makes a nice bike ride, about 1 hour from the city centre at a leisurely pace.