What to do and see in Dhaka Division, Bangladesh: The Best Places and Tips 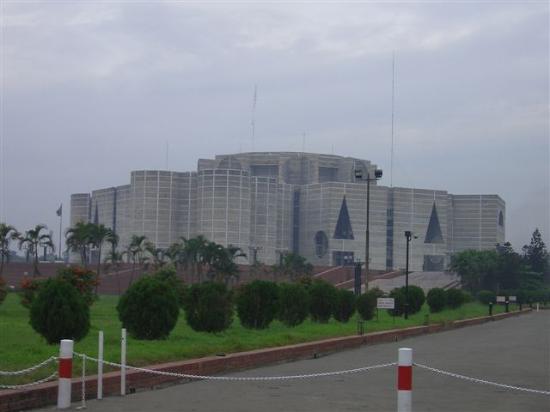 You can't go in, but it's interesting to see the architecture. Worth a brief stop but not much more. 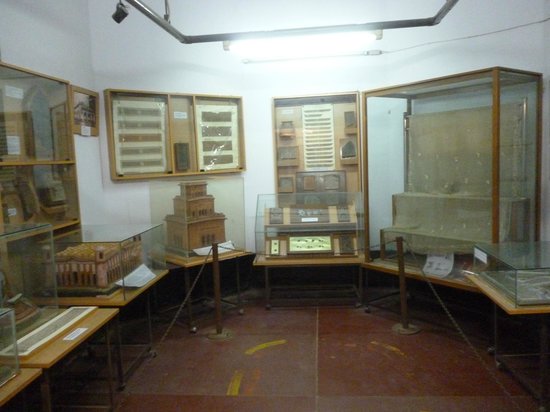 Liberation War Museum started in a two-storied old building at Segunbagicha in Dhaka. This old site of the Museum, where the Liberation War of Bangladesh had been portrayed beautifully, was an amazing place for history lovers. We visited that place in some occasions. The Museum shifted to its permanent location at Sher-e Bangla Nagar, Agargaon in Dhaka and the new building inaugurated in the last year. The new custom-built building has huge space, which displays in several galleries, which include photographs, documents, media coverage and materials used by freedom fighters and martyrs of the Liberation War. It’s an amazing place to visit in Dhaka for the locals and tourists. 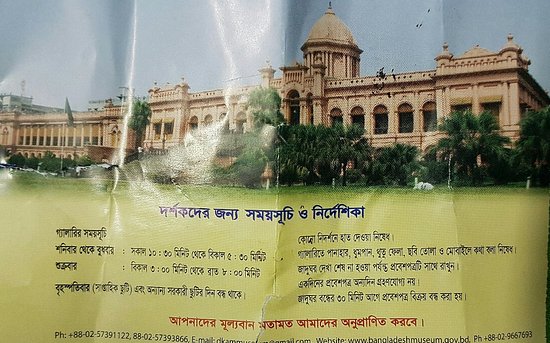 The must-see Pink Palace was built in 1872 on the site of an old French factory by Nawab Abdul Ghani, the city’s wealthiest zamindar. Some 16 years after the palace’s construction, it was damaged by a tornado. It was altered during restoration and became even grander than before. Lord Curzon stayed here whenever he was in town.
After the death of the nawab and his son, the palace fell into disrepair. It was restored in the late 1980s, aided by photos of each of the 23 rooms, taken during the high point of the palace’s history. The photos, family portraits and the skull of Nawab Abdul Ghani’s favourite elephant, Feroz Jung are on display in the Ahsan Manzil.
We spent quite a bit of time, both inside the Building appreciating its collection and outside seeing its imposing and beautiful figure. The National Martyrs' Monument or Jatiyo Sriti Shoudho in Bengali is located at Savar, an industrial suburb about 35 Km northwest of Dhaka. The monument stands as an iconic structure, encapsulating the nation's gratitude toward the martyrs who sacrificed their lives for the Independence. In December every year, thus, the National Martyrs' Monument becomes the epicentre of the nation's collective rituals in celebrating nationhood. The visitor is presented with a strong axial visual connection to the monument from the main northern entrance. The tortuous path to the National Monument appears to symbolise the nation's difficult path to independence. As much as it tells the story of Bangladesh's journey to independence, the National Martyrs' Monument narrates a beautifully choreographed architectural story. This is an amazing place for the locals and tourists to observe and to remember and respect the great heroism and sacrifice of the freedom fighters. 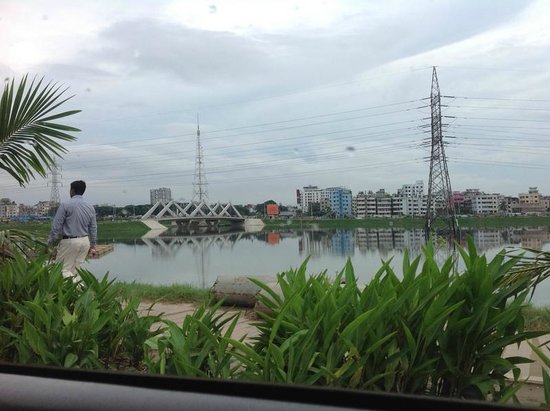 We were staying close to the Lake and I thought I will get a chance to go around for morning walk. As it was raining most of the time, this was not possible. I saw the beautiful lake while going for dinner in the night. It looks beautiful with so much of light all around. It would be good to take a stroll around the lake. Looking for an opportunity during the net trip to Dhaka.

Lalbag Fort was the sight of the first battle for independence against the British in 1857.

Beautiful place to visit and know the history of old Dhaka. Well maintained. You have to buy tickets in entry point. Different ticket price for Bangladeshi, SAARC and rest of others.
Traffic usually busy at evening. If you have plan to visit go early.
Various Restaurants outside the fort.
You can test biriani as well. This place must be visited by anyone in Dhaka or anyone visiting the capital city with half a day to spare for visiting tourist attractions. It has got hysterical buildings with magnificent surroundings. There is a lot to see in this place. Instead of a single large museum, this place is kind of like a museum but the items are all spaciously spread out around the huge area. As a result this place never seems too crowded or too lonely. Definitely you will have a great time.
BONUS: If you visit Sonargaon, then you must visit the historical town of Panam City which is situated right after this place (5 to 10 minutes of walking distance away). In my opinion, Panam City is a better attraction than Sonargaon if you like old houses and moreover that will give you the opportunity to take some great photos. 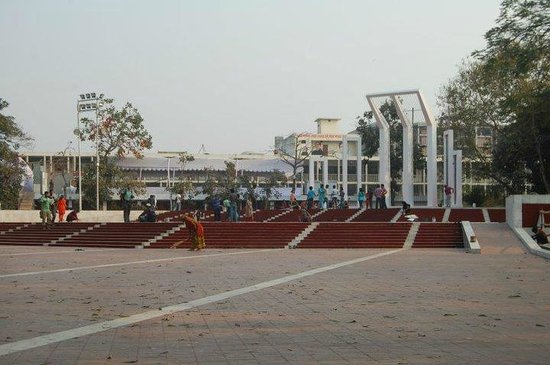 Symbol of Bengali nationalism. This monument was built to commemorate the martyrs of the historic Language movement of 1952(only and one languafe movement in the world's history). Hundreds and thousands of people with floral wreaths and bouquet gather on 21 February every year to pay respect in a solemn atmosphere. Celebrations begin at zero hour of midnight. As recognisation of the language movement UN declear 21 February as International mother language day in 1999, which ovsreve all over the world every year on 21 February.

This site is of great significance and importance in the history of Bangladesh. It was created to show respect towards the great people who sacrificed their lives in 1952 in order to establish Bangla as the national language. This was an unique revolution as nowhere else in the world there has been such documented revolution in national level to gain right to the preferred language. The structure is really awesome, but the site isn't maintained at all. The surrounding environment is filthy, homeless people roam on and around the place. In simple words, this site is not getting the respect which it rightfully deserves. IMO, rather than visiting the place in person, it would be better for its image to read about the history related to this place, and to watch the numerous wonderful photos that are available online. 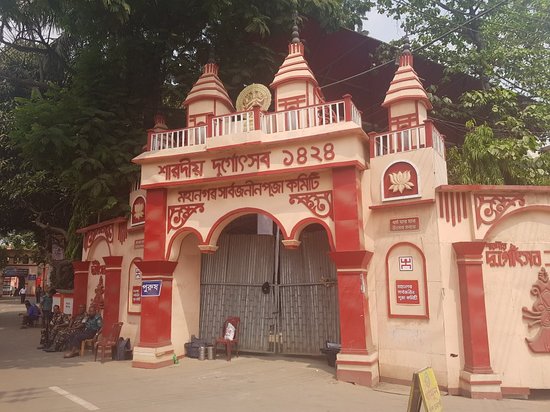 I have been here two years ago during the Durga Puja. Needless to say that this place got my heart. During the celebrations Muslims and Hindus were praying together, all the divinities were surrounded by offerings, fruit and lights. Just a Magic Atmosphere which reminds that Dhaka is a city with many religions living in peace. Hope to come back soon. 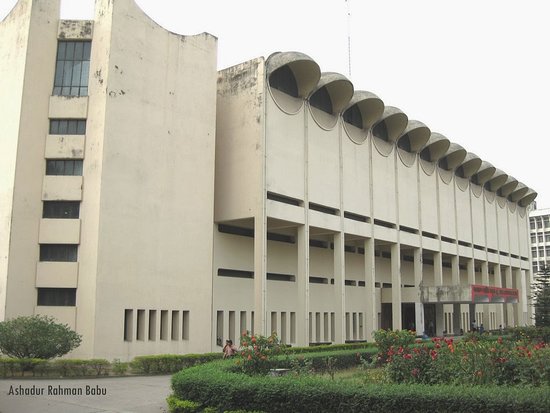 Bangladesh National Museum or Bangladesh Jatiya Jadughar is a multidisciplinary museum located at Shahbag in Dhaka city with a magnificent building. Collections from several disciplines like archaeology, history, ethnography and natural history are displayed in this museum and it has splendid collections. The Museum also illustrates the freedom struggle culminating in the liberation of Bangladesh. It’s a great place to visit in Dhaka for the tourists and locals to observe the history and culture of Bangladesh.