Top 10 Things to do in Soria, Spain

Soria (Spanish pronunciation: [ˈsoɾja]) is a municipality and a Spanish city, located on the Douro river in the east of the autonomous community of Castile and León and capital of the province of Soria. Its population is 38,881 (INE, 2017), 43.7% of the provincial population. The municipality has a surface area of 271,77 km², with a density of 144.13 inhabitants/km². Situated at about 1063 metres above sea level, Soria is the second highest provincial capital in Spain.
Restaurants in Soria 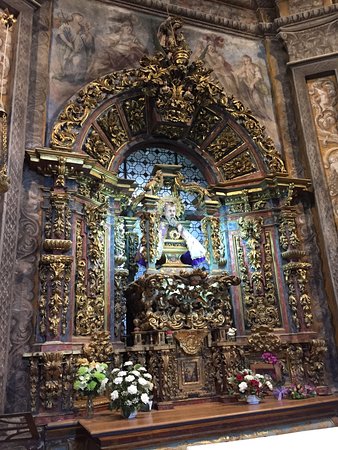 We were surprised that there was parking at the side, even though there was a competition called a triathlon. We thought it would be a peaceful walk, instead it was quite exciting. We were attracted by this competition.
However, we continued our trek on the Ruta Machado, that would eventually lead to the Ermita de San Saturio.
The whole time we were walking next to the river and once at the hermitage, the river was still gracing its beauty.
The first thing we saw was the cave with a stained glass window, illustrating San Saturio talking with a child. We were able even to visit the lower caves where Saturio prayed.
Then we were climbing up the stairs. We saw rock formations everywhere we walked in this edifice. It’s as if the rock and the dwelling became into one.
Everything was quite beautiful, even the stairs leading up.
On our way up we saw a worship place in a cave!
We were able to see where he mediated and where he slept.
However, the chapel on the upper floor was the most beautiful place of all! The ceiling was painted with stories from the Bible and events that happened to Saturio. At the front, there was a statue of the head of Saturio surrounded in gold. The doors were massive and could be easily barricaded so that no one could enter.
Still, I was attracted by the lower cave with its unique stain-glass window. It was a window from the past. Truly worthwhile to see! We came here as part of our recent trip to Soria. It's a reasonable 20 minute walk, mostly downhill from the main part of town - which means that you have an uphill walk to look forward to on the way back. There's a pleasant path along the river, which makes for a nice walk to the cloisters. We arrived just before it opened and sat quite happily watching the river for a while. There's a bar just by it, so you can always get something to eat and drink there too.
The cloisters are amazing, with a tremendous amount of detail to absorb and wonder about. The actual church is also very interesting, again with great carvings to look at. We've seen a few cloisters in our various trips and this is certainly one of the finest, just for the amount of carving and the wealth of detail on display. Well worth the walk there and back. 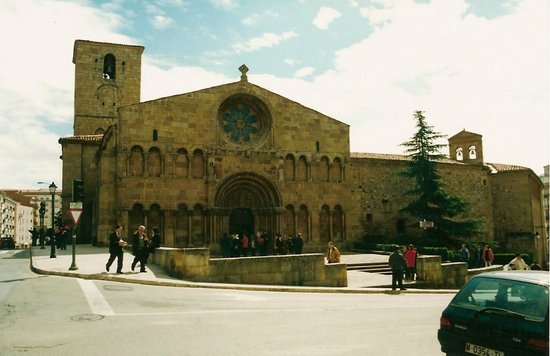 Santo Domingo church is one of the most representative churches in Soria. If you like Spanish Romanesque architecture, its cover is one of the most impressive in Spain. Some guided tours are offered from the Tourist information (placed in the main street) so you will discover a lot about it. 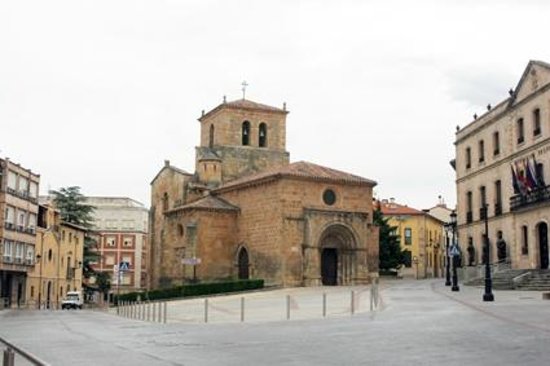 Reviewed By Ronald B - The Hague, The Netherlands

Forget this church. There a much more beautiful churches in Spain. Better go to the Numancia Museum. 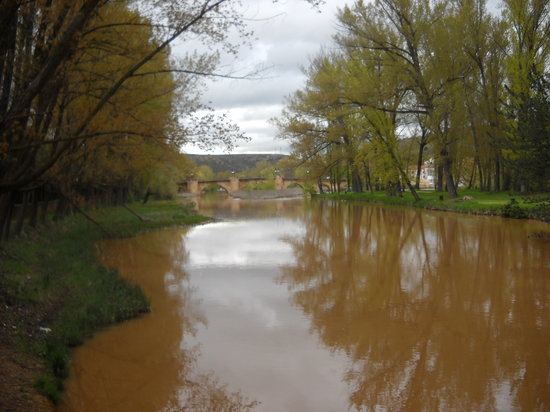 Wonderful place with fantastic views. You can drink and eat something typical and walk around the river. Near San Saturio and the castle, where you can find the Parador 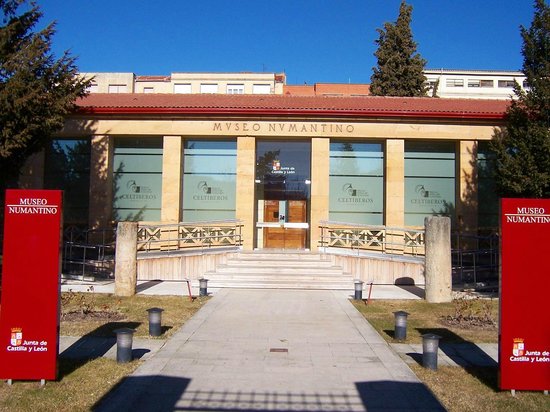 The only problem was finding out how to get in as the current roadworks preventing you going in through the front entrance.Entry was through a side door. However once inside the scope of the exhibition , from prehistory to the present day , is excellent. Spread over 3 floors the exhibits cover all aspects of the history of the province. Cannoy be visited but the outside is astonishing. It should be included in any sightseeing tour of Soria. There are plenty of restaurants just a few minutes away. 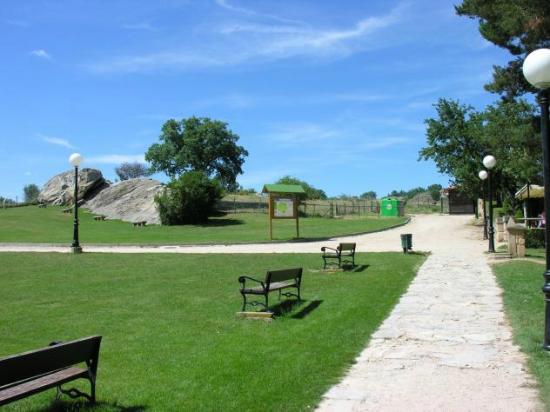 We had heard about the Pinturas Rupestres near Soria at Monte Valonsadero. We even had a map, but the map indicated that this attraction was outside of Soria. We asked the clerk at the hotel and she gave great directions. We got there with no problem. However, this park was quite huge and we had no idea where to go.
We parked our car and saw another car parked nearby. There were two people inside. I asked their help and they gave us the directions in Spanish. We ended up where they told us to go, at least there was a parking place, but still we were unsure where to go. I looked around and finally found something that looked familiar. I had looked at numerous pictures and found these prehistoric paintings, protected behind metal bar as well as protected against rain. They were everywhere!
We had to go very carefully to find them all. At times they were close to one another and at other times they were far apart. Our enemy was the dusk that was settling down. We had no choice but to stop. We hadn't seen 3 of the remaining prehistorical drawings.
As we were heading for our car, several horses were set free and they literally dancing. I enjoyed immensely this place and the chase to see these prehistoric drawings. Monte Valonsadero is truly worthwhile! I saw the whole park and it was quite attractive! Major road diversions make this near impossible to find, the information office and police give wrong information, it took us over an hour to arrive at the entrance. Upon removing our luggage we were "greeted" by a friendly? member of the Policia Local who told us we had to move the car, though web site states you can park to drop off your luggage. Our rooms were poky and have seen better days, we were greeted at breakfast by a member of staff who did not want to be there, everything was a problem, she never once spoke. What a start to a holiday I would never use this Hotel again 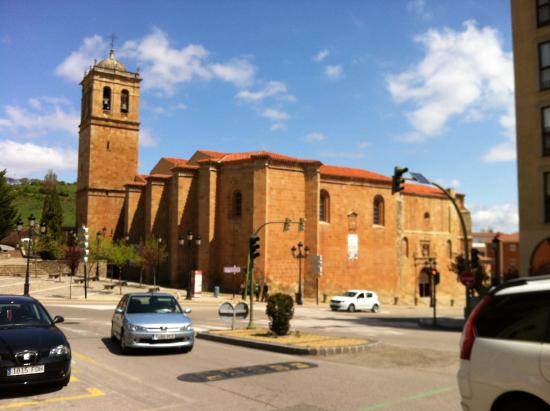 The church itself is dark and quite cold, but right behind there is a huge and light cloister with some of the most beautiful capital carvings I have ever seen. It costs a couple of euros to get in, but it's worth it. The chap taking the money inside had to pop into the cloister every so often to warm up in the Sunshine!