Top 10 Things to do in Hida, Japan 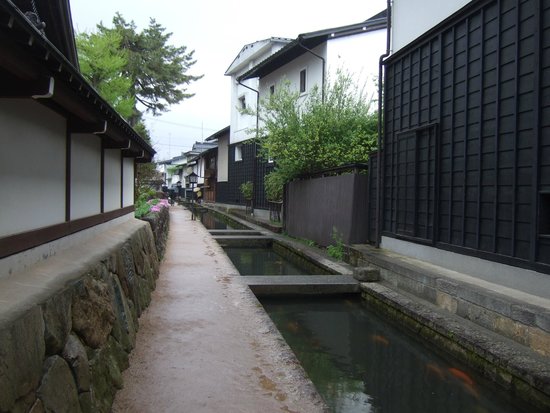 We discovered this town because of the cycling tours it offers. An easy 15 minute JR train ride from the more famous Hide Takayama, this delightful place has much to see with a lot less tourists about. Much slower paced and very relaxing. It's so lovely and very easy to walk around, with little traffic. There's a sake factory, museums, temples etc and a good selection of shops and restaurants. We stayed in Takayama, but noted a few western style hotels here, so it would be a good base from which to explore the Hide region. Definitely recommend the local cycling company. Easy cycling, even for novices and families. 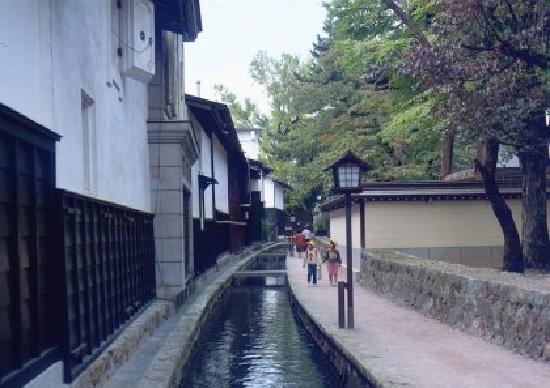 Wow. This is such a cute place.
The walk by the canals and surrounds are gorgeous and peaceful.
Surprisingly the current in the canals are quite strong and those carps are the biggest I have ever seen. The water in the canal is very clear and clean.
Lovely photos to be taken here.

The Hadaka Furukawa, or "Naked Festival", Festival is one of Japan's more off-beat events. Its highlight is the Okoshi Daiko, in which throngs of young men dressed in only white linen "fundoshi" loin clothes drink down large quantities of rice wine before heading out into town to compete against one another in a race to place small drums on a central stage in town. The young men, who are separated into teams, are loud and amusing, and one of the more shocking sights (if the loincloths aren't enough) is the tradition of balancing team members atop large poles as they head towards the stage, singing. 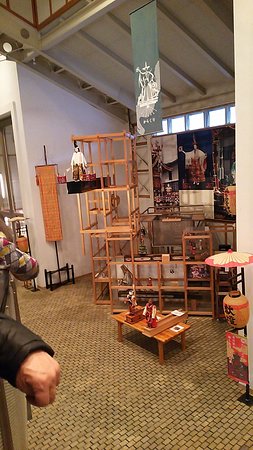 My husband and I visited the Hida Furukawa Festival (Matusuri) Museum in mid October 2013 and thoroughly enjoyed it. We were impressed not just with the quality of the displays, but of the friendliness of the staff. Visiting museums in Japan can sometimes be challenging if one does not speak Japanese but this was not a problem at this museum. The women who worked there were very helpful, and made sure we were in the right places at the right time so we could see the marionette show and movie. There was a good brochure in English and the displays were multi-sensory, not so dependent on language. The 3-D movie of the festival was amazing to watch. We almost felt we were at the festival. The movie included scenes from the major parts of the festival, with great camera angles. The displays in the exhibit hall give you context for the activities shown in the movie. Most interesting to me was the marionette performance that you get to see on a real float, and then you are able to actually manipulate parts of a marionette by yourself. That is when you really appreciate the artistry of the movements, as you realize so many people have to be working together to make the marionettes tell their stories on the floats. I have to add this. It was pouring rain as we were leaving the museum and one of the women who was working there asked if we had an umbrella. When we told her we did not, she gave us her own umbrella as a gift. My hat is off to the city of Furukawa for this fine museum, and especially to the kindness of the staff of this museum. I hope we can see the actual festival one day, but in the meantime, we got a great feeling for it and had a wonderful experience. 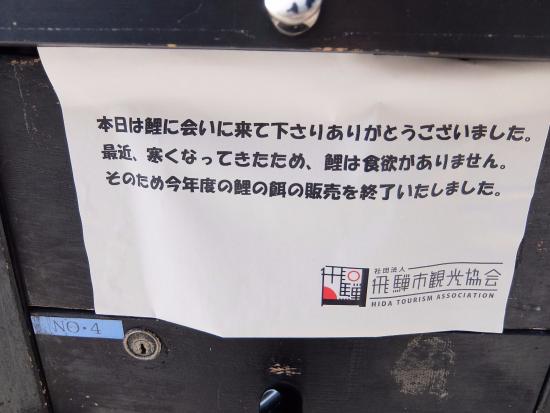 Since it is located just along the canal, the building does give a nice view and perfect for photography. 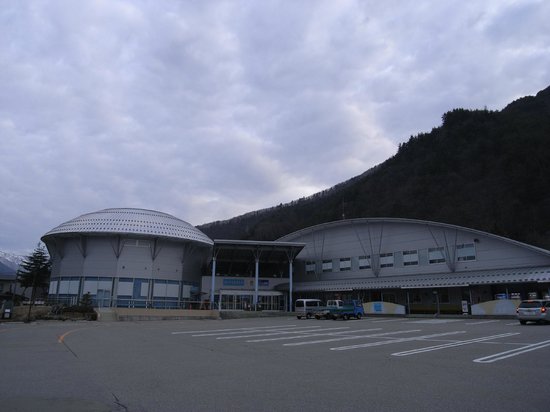 Since scientific information on display but all in Japanese. Nevertheless a good place to eat before going to gattan go as had to wait for about forty five minutes before we were going to ride 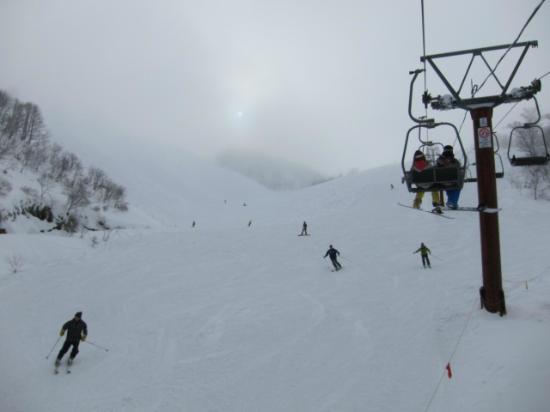 I used to live 3 years in Takayama. Nagareha was one of the many options around, however my favourite one.
35 minutes by car from Takayama, beautiful slopes, great food on the slopes, amazing hot Springs in the resort. Awesome slopes. I really love slopes without artificial surface preparation. You really enjoy the real snow. One of the best skiing ever. 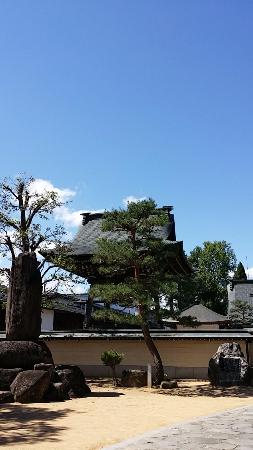 A huge bell and side striker at the front and entrance of this neat and beautiful temple. The toilets are also very clean. It is right in the middle of the old village by the canals. 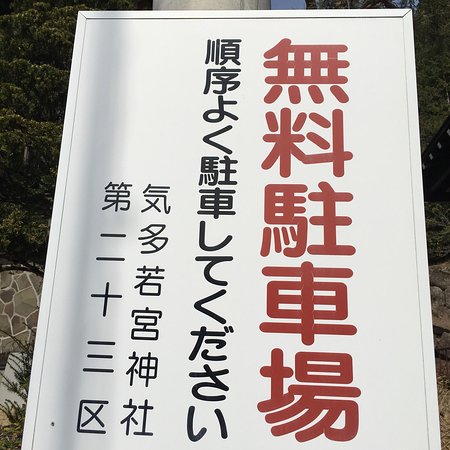 This shrine is located about 1.1Km to the North-east of the Hida-Furukawa station, and is a slight uphill walk by road and stairs.
Although the shrine itself is a bit rundown, it is worth a visit, as from here you can get a nice view of the town from the start of the stairs to the shrine (at the torii), or from near the top of the stairs before you reach the shrine.
The shrine is relevant to the naked festivals of Furukawa. Although I didn't witness it, it would likely be eye-opening to many. 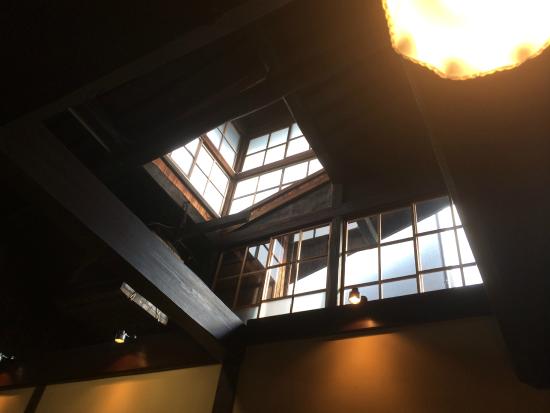 Watanabe Sake Brewery is located in central Japan in a beautiful small town called Hida-Furukawa located in Gifu Prefecture. Our brewery is not big but our sake is world class! We are proud to make many people smile and touch their hearts. You can do special brewery tour also!! Special tour is 2500 yen/1 person and takes about 90 min. You can see the heart of our brewery and enjoy special tasting! If you are interested in it, please don't hesitate to contact us.

We were warmly welcomed by the employee on entry and offered some sake tasting for free. They have a great variety of affordable sake and even some very delicious cake! Our favorite was the new one but they are all very unique. Fans of Your Name will be happy to see their version of Mitsuha's kuchikamizake (obviously produced very hygienically) and Your Name shopping bags available as well. They also have tours available, but we were pressed for time so had to forego it. Not sure about their English level, but alcohol is universal~