Top 10 Things to do in Dunblane, United Kingdom (UK)

Dunblane (Scottish Gaelic: Dùn Bhlàthain) is a town in the council area of Stirling in central Scotland. It is a commuter town, with many residents making use of good transport links to much of the Central Belt, including Glasgow and Edinburgh. Dunblane is built on the banks of the Allan Water (or River Allan), a tributary of the River Forth. Dunblane Cathedral is its most prominent landmark. Dunblane had a population of 8,114 at the 2001 census which grew to 8,811 at the 2011 census, both figures computed according to the 2010 definition of the locality.
Restaurants in Dunblane 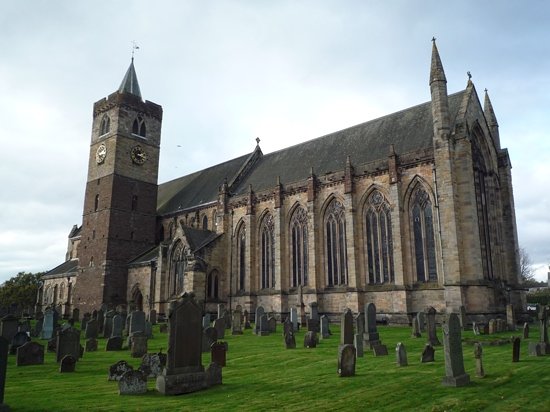 Dunblane Cathedral is a beautiful medieval church in Dunblane which dates as far back as the 12th century. Dunblane Cathedral receives high but well earned praise for a building smaller than some English parish churches, lacking the architectural flourishes and cohesion of most other cathedrals; and one which only narrowly survived the threat of demolition to make way for the railway. The tower is from the late 11th century, offset, and slightly squint on the south. Admire the Romanesque arched windows in the lower storeys, the upper stage and parapet which date from 1500, bearing the arms of Bishop Chisholm, which may originally have been freestanding. The Nave, dating back to 1240 is possibly the finest part of the Cathedral. It is eight bays long, tall and narrow, with aisles and a galleried clerestory. Its principal attraction is its simple proportions, clustered shafts, and graceful clerestory windows in the west wall.

Whenever we have family or friends visiting from afar we always take them to the Dunblane Cathedral. They are amazed at its history and grandeur!! The Cathedral is always very welcoming and has a relaxed atmosphere to allow you to walk around freely to enjoy all its interesting areas. The Hand Bell Ringers of all ages are fabulous to watch! 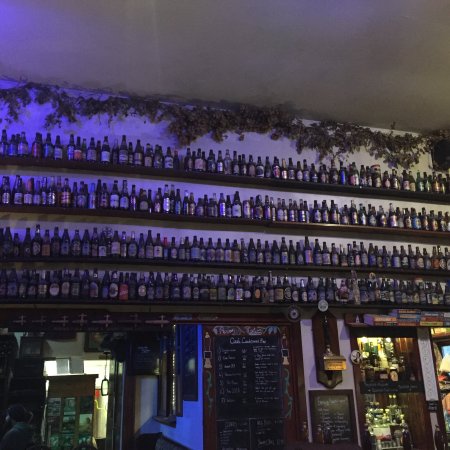 I'd not realised this place existed having drove past on the main road plenty of times but definitely going back now I have found it. Great beers, brewed on site and excellent service from knowledgeable staff. The bar itself has a really friendly atmosphere and cosy feel about it. Overall. a must for beer lovers! 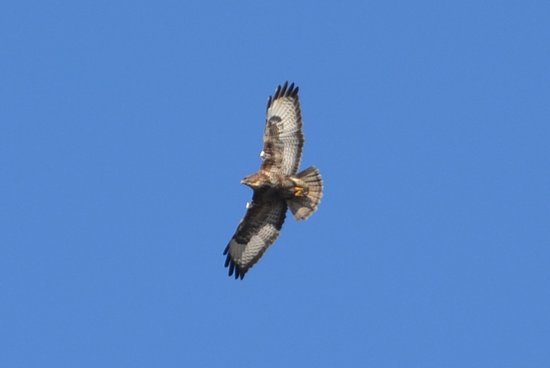 Make sure you check Argaty's website for feeding times. Unfortunately the sky was a bit dark today for photography but there were probably 40-50 kites in the sky. Enjoyed the information from Rory the guide before feeding. Plenty of vantage points in the hide. Great...MoreThanks so much for your very kind review and we are really glad you enjoyed yiur visit so much. Do hope you got some great photographs even if the light wasn’t great. I will tell Rory about yiur review too. Best wishes from us all 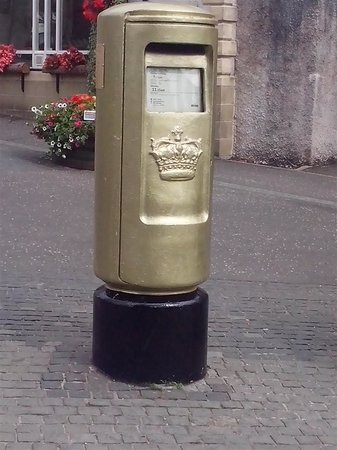 The gold post boxes that are awarded to the home towns of our top sportsmen and women have become iconic and this one awarded to Dunblane for Andy Murray is no different. If you've never seen it before then you're bound to pose for a photo beside it. 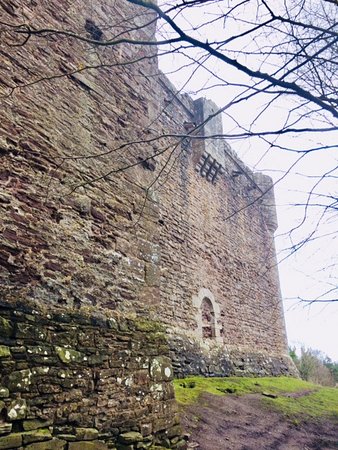 Explore this 14th century courtyard castle in Doune, with a striking 100 ft high gatehouse and one of the best preserved great halls in Scotland. The formidable Doune Castle was built for the Regent Albany. The striking keep-gatehouse combines domestic quarters including the splendid Lord's Hall with its carved oak screen, musicians' gallery and double fireplace. This was used as a film location for the BBC production of Ivanhoe and Monty Python and the Holy Grail. As well as being heavily featured in Monty Python and the Holy Grail, Doune Castle was also used for the castle known as Winterfell in the pilot of the award winning TV series Game of Thrones as well as Castle Leoch in Outlander.

Five stars for Python fans, but more surprising is that the audio tour is extremely well done. It provides insights not only into the filming of The Holy Grail, but into castle life more generally. The audio tour lasts approx 45min. Note that as of March 2018, some areas (including the battlements) are under renovation and currently off limits. 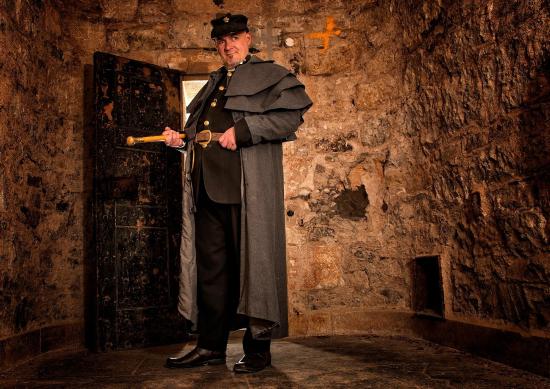 TEMPORARY CLOSED We are now closed for the winter. Live performance tours run every 30 minutes daily from July-September and there's also a chance for new inmates to explore the cells and take in Stirling's best views from the roof top observation tower.

Very well organised, enjoyable and informative visit.
Ruaridh was our guide and was impressive in his ability to swap seamlessly between characters with obvious enthusiasm and couthie humour combined with the ability to impart his knowledge of the jail's history. Despite the dreich day, the views from the tower were stunning. Definitely highly recommended. A friendly welcome awaits visitors to this jail. 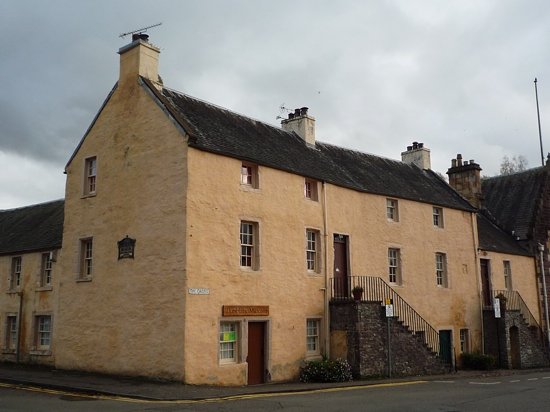 Dunblane Museum tells the story of Dunblane and its people over the centuries, from a 4000-year-old necklace found buried locally to the magnificent medieval Dunblane Cathedral, to the people who have made Dunblane their home

We enjoyed spending an hour or so going round this small museum, the volunteer staff were very nice and helpful, I would recommend you have a look if you have time. 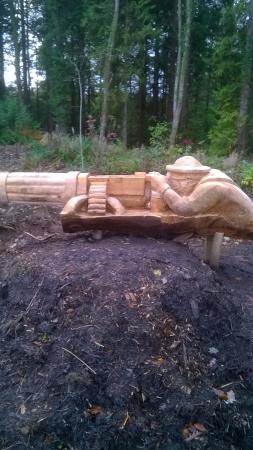 This used to be a fascinating place with lots of bargains and a pretty standard 10% discount just for asking and the capability to get more if you negotiated well.
Now, a maximum of 5%, with staff unwilling to phone dealers to put forward offers.
Still some good bargains to be found - but far too much overpriced stuff to sift through. 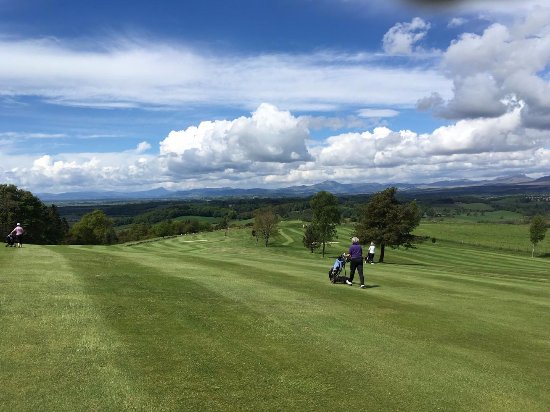 Bridge of Allan Golf Club is an Old Tom Morris designed course. He was Just Tom when he started it, the effort probably made him feel really old when it was finished. I thought the clubhouse was at the top of a hill only to find that the course continues even further up. My wife and I really enjoyed playing here. However it is safe to say that if we hadn't brought our electric trollies with us we would have been on our knees after 18 holes (please note we are not youngsters, younger people will take it easily in their stride). Fairways were in great condition, greens had just been cored and sanded so they were not at their best. Everyone at the clubhouse was very welcoming and friendly. Views from the top of the course are amazing , sadly there was a heat haze when we were there and we didn't see the views at their best. 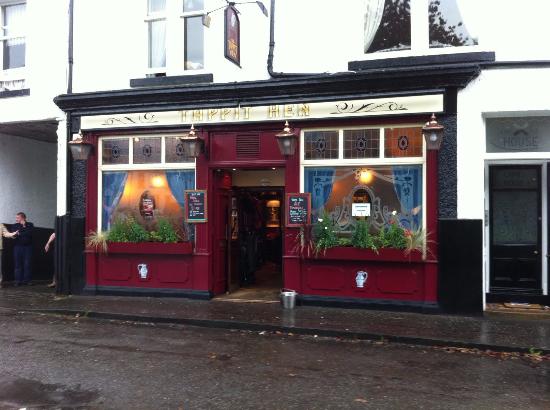 This is our regular and we love it. I have reviewed it before and it is still our favourite and most friendly pub to visit. Lots of good beers and guest beers, decent wine and Prosecco at reasonable prices. Such a great atmosphere especially on busy weekends. Staff are always helpful and friendly. I mistakenly "liked" a very critical review earlier, due to an unfortunate a slip of the finger on the iPad. The Tappit Hen deserves full praise and never ceases to please.