Top 10 Things to do in Donetsk Oblast, Ukraine

Donetsk Oblast (Ukrainian: Доне́цька о́бласть, Donets'ka oblast', also referred to as Donechchyna, Ukrainian: Донеччина Donechchyna, Russian: Доне́цкая о́бласть, Donetskaya oblast [dɐˈnʲɛtskəjə ˈobɫəsʲtʲ]) is an oblast (province) of eastern Ukraine. It is the most populated oblast, with around 4.5 million residents. Its administrative center is Donetsk; however, its Regional State Administration was temporarily relocated to Mariupol because of the ongoing crisis in Donetsk. Historically, the region is an important part of the Donbas region. Until November 1961, it bore the name Stalino Oblast as Donetsk was then named "Stalino", in honour of Joseph Stalin.
Restaurants in Donetsk Oblast 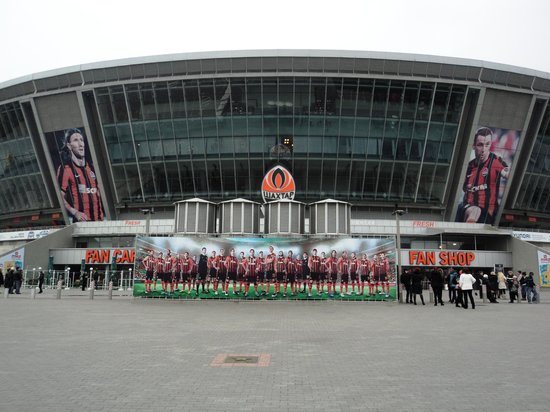 The best stadium I visited during Euro 2012, with an atmosphere bettered only by Warsaw's National Stadium on the night Poland played Russia.
The Stadium sits in the Donbass valley, and is part of a large parkland area which also includes the impressive war memorial and the Planetarium, i think.
I was there during the Euros in June 2012. 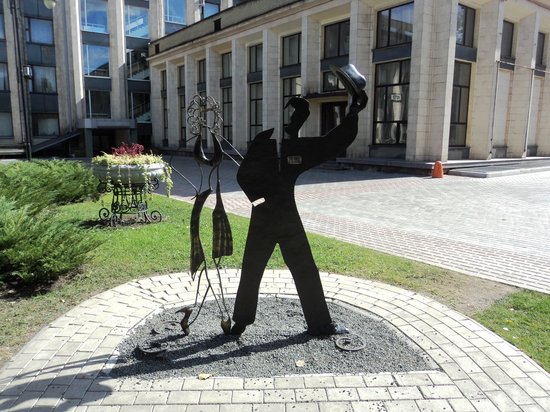 Unique out-of-doors park, with the wonderful forged figures. Every forged sculpture surprisingly passes appearances of fairy-tale heroes that actually very difficult to express in a metal. On my opinion, it succeeded all of authors simply of genius! New sculptures appears every year. This year appeared the sculpture from Georgian diaspora. Shocking place! Arrive and look! 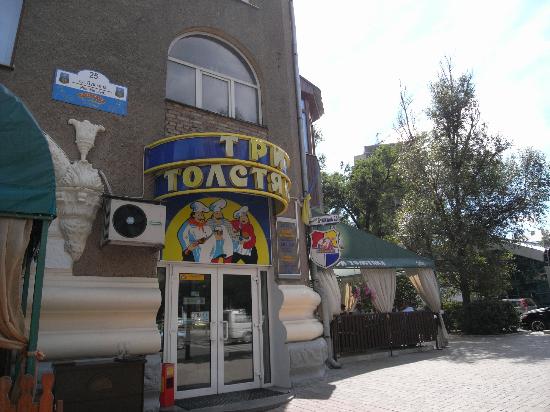 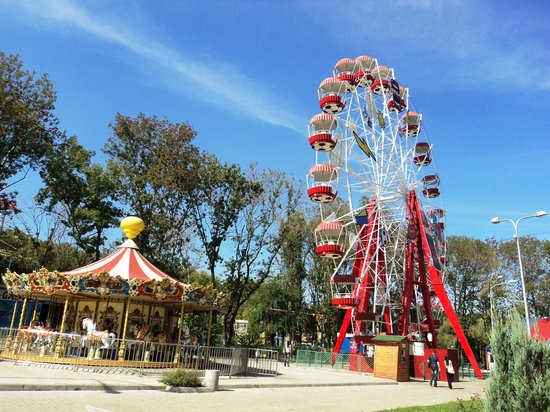 One of the most important things in this park is entertainment. Rides for children and parents, recently-built water park and Dolphinarium for having fun are the places of interest for the whole Donetsk. If there is The Great Event (e.g. carnival or the performance of folk groups) it is certainly held here. A great pro of it is that you can walk from the beginning of Pushkin boulevard, then walk along the bridge over 1st City Lake and you are already here! 3 large Fountains will help you go through hot summer weather. But here's one con: the lake isn't good place for swimming;( 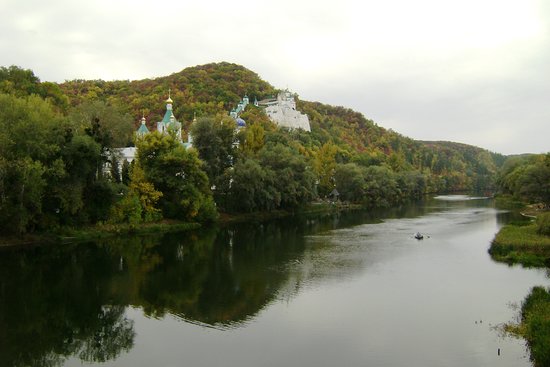 Centuries old Svyatogorsk is the third and newest Lavra in Ukraine. The Monastery is relatively small, and features a cave complex which is centuries old as well as a Holy Icon of St Nicholas where one is granted blessings by making the sign of the cross on their forehead with limestone above the icon. There is also an authentic wooden style village, and a nearby Holy Spring. In summer there are also nearby secular camping attractions. The hotel on site is dormitory style and free for any Orthodox Christian with a passport. It is a real chance to plunge into the atmosphere of nature in industrial city. It stretches a chain of seven ponds.Here grows about a hundred species of plants listed in the Red Book. 200 workers are monitoring the garden and keep it flowering form. In general, in the garden grows 750 species of plants.This is a good opportunity to get some fresh air and to please your eyes, visiting this garden. 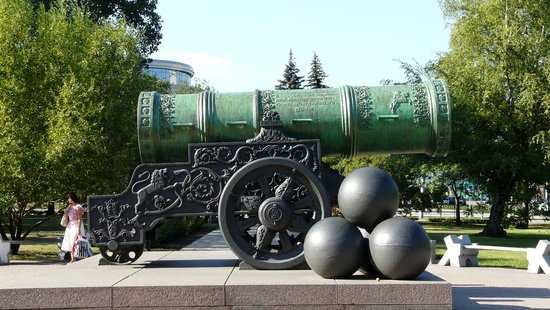 The cannon sits in front of a gov't building, but I don't really understand what there is to see and why it's on here. 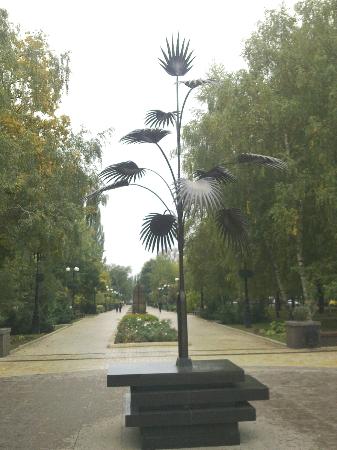 The monument is a copy of the famous steel palm, forged in 1895 by the Uzovka (ex Donetsk) blacksmith Alexey Mertsalov. The original is kept in the museum of the Mining Institute in Saint Petersburg. In 1900 the palm of Mercalov was exhibited at the World Industrial Exhibition in Paris, in the pavilion of the Novorossiysk Society of Coal, Iron and Rails Production, where A. Mertsalov worked. The pavilion won the Grand Prix award. The author of this monument succeeded in creating a unique image of Donbass that best of all is expressed by the slogan The capability has been proved by the deeds. It is a real image of the labour region, with difficult and often tragic history, that with its own hands forged and forges its fate at all times. One who did not see this monument and does not perceive it as a symbol of history, prosperity and karma of Donbass will never understand its soul 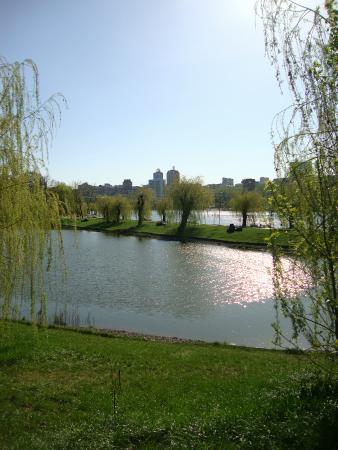 Nothing much to see really. Took some pics at night from one of the parks, but even then not a very spectacular reflection of the city lights in the water.
Seen cleaner rivers too, I guess.
By the way I was there in June 2012, which I wasn't able to enter from the drop down menu, hence my opting for the earliest date; March 2013. 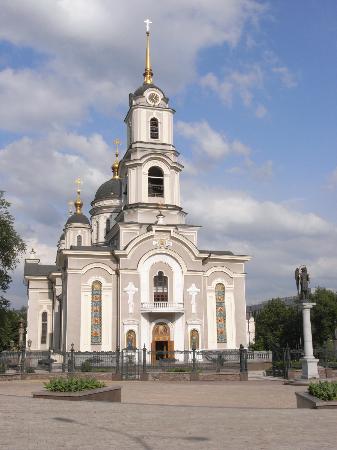 Great place to take picture and appreciate the fresco of an Orthodox Church.