Wesley Chapel is an unincorporated census-designated place in Pasco County, Florida, United States. It is part of the Tampa Bay Area metro. The population was 44,092 at the 2010 census. In 2003, some residents of Wesley Chapel started a movement to incorporate the community (including areas not in the official CDP). This "city," which would have been the largest and most populous in Pasco County, never materialized.
Things to do in Wesley Chapel 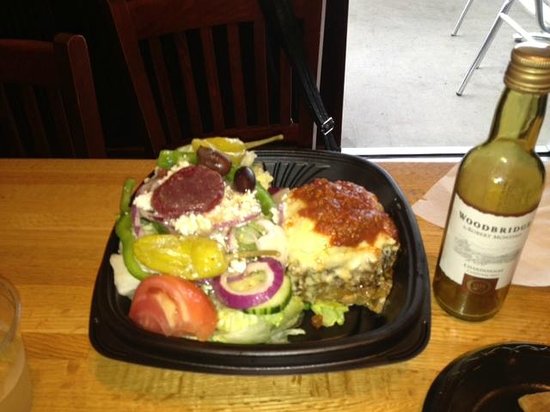 It's nice to find a wonderful Greek Food Restaurant so far away from the "Normal", historically Greek food areas of Tarpon Springs, St. Pete , New Port Richey, gulf coast areas of Florida. The Hungry Greek is in seriously land-locked, Wesley Chapel Fla. Not much I can add to the great reviews that are already posted here, except that I'm a sucker for a Greek Gyro Pita Sandwich. The ones they serve here are marvelous! Do yourself a favor if you're out this way and give The Hungry Greek a try.
You will be very taste-bud happy and satisfied if you do. 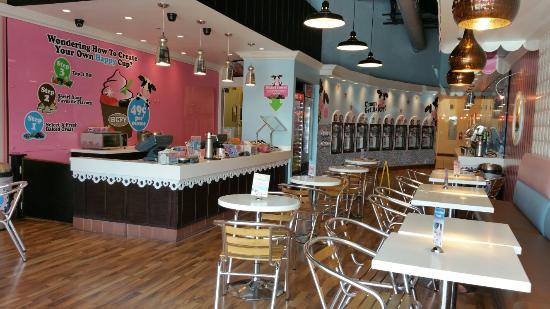 We go here quite frequently - especially with our kids. Lots of flavors with some seasonal good ones. Employees are always very friendly and offer sample cups aplenty. Toppings aren't in short supply either, and prices are by weight so you only pay for what you want. Our kids love this place, and it is pretty healthy too! We'll keep going for sure! 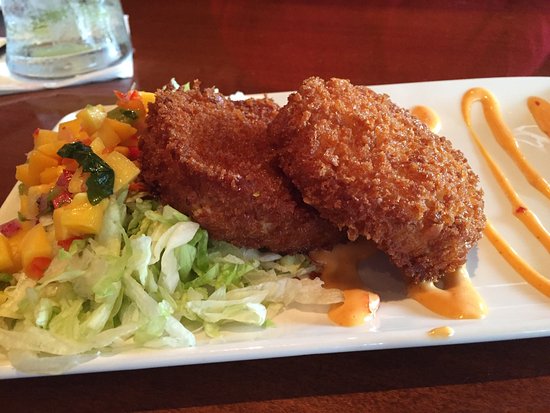 Pretty Busy there. Parents wanted to share this fantastic restaurant with us. But it wasn't as great as their previous experiences. No bread provided as it usually was. Soup served warm. Took it back and brought back some hotter soup. Tasted good. Salad was okay. Steak done well but nothing special. Dad loved the meatloaf. Potatoes au gratin was good.

The desert with banana rum sauce was delicious.

Parents ordered Irish Coffees for their dessert. Didn't come topped with Cream like normally it does. Waiter was informed...and brought some on the side. Still not the same.

When the manager came by and asked how everything was...I had to be honest. He was shocked but determined to make up for it. Brought my Mother-in- Law a S'mores Dessert with a birthday candle in the middle. This was a day early...but she felt special. He also took the soups and desserts off the bill!

He gets two thumbs up. Not just for removing a few dollars from the bill...but for how he handled the situation all together! Well Done! 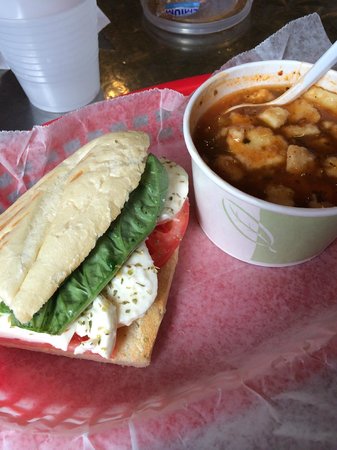 I don't understand all the great reviews... My husband and I both ordered sandwiches and we were both disappointed with the bland taste. And they were pricey for what they are... We got gelato after which was good though. I guess we should have ordered crepes? Seems to be the go to dish everyone was in there for. 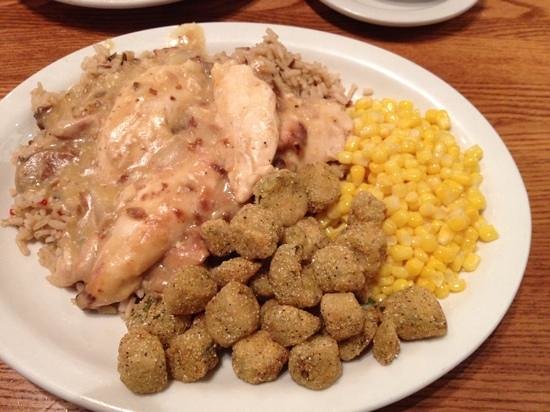 I looked for a reasonably healthy smaller portion to have for a late breakfast & settled on strawberry waffles. Seemed simple & sounded great freshly baked waffles & fresh strawberries. Then the waitress asked how I wanted my bacon cooked? Bacon with strawberry pancakes or waffles???? No just the waffle & the strawberries... seemed simple?
Food arrived as I had requested & was fine, another huge portion but enough to take home as I couldn’t eat half. Coffee was acceptable, nice gift shop& friendly service. On my second visit I ordered from the children’s menu & still had too much 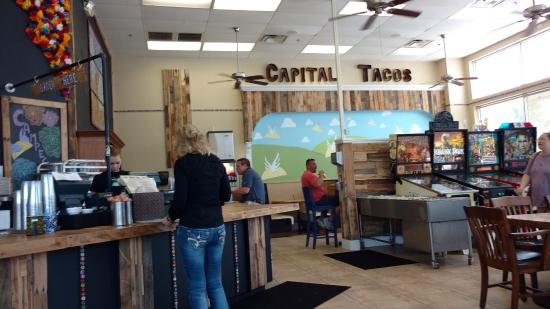 I've tried a few of the fillings, but love the Augari: so many flavors!!

This place is trying to get a beer licence, and when that comes in it'll get it onto my 5* list!

One downside is that it can get busy, and there's no queuing system for getting seats. 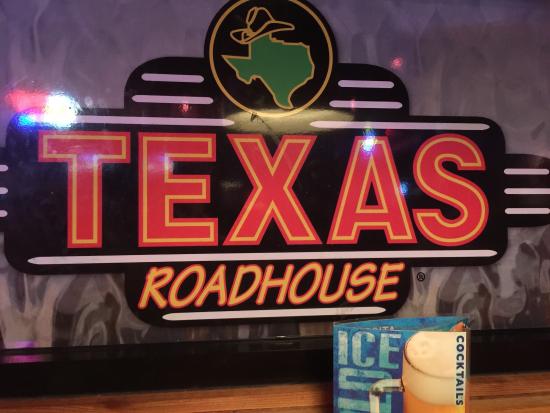 We had a birthday dinner for my mom and a total of 10 people. They do not have large table for parties more than 7 or so, so the restaurant had us in 2 booths that were side by side which worked out just fine for us. The waitress was very attentive and was sure to come and get us whatever we ran out of. They had a birthday song and shout out for my mom, even a saddle for her to hop on for her birthday and then she got a complimentary ice cream. We all had a great time. The food was pretty good also. They do not take reservations but they will accept "call aheads " an hour before you plan to arrive. We did this and walked right in and sat down. Great time! 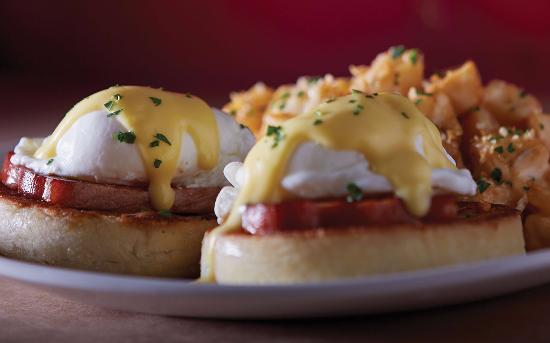 My husband, daughter & I went to this Bonefish on the day after Christmas. We have eaten here for years and while the food is generally good, the service has been in decline. We stopped in around 1pm and there were maybe 5 seated tables, 3 servers, 1 bartender & a hostess. It took 15 minutes before we were greeted by our server, Brianna. We sat in the lounge/bar area at a booth and when the server finally came, we ordered immediately. We watched the bartender make our drinks and sit them on the bar. After waiting for about 15 minutes my husband got up and walked over to the bar, picked up our cocktails and brought them to our table. About a half hour after we ordered -- Large Ahi Tuna App, 2 Bang Bang Shrimp & a Shirmp Cobb salad -- the server came out and told us "sorry no Ahi Tuna available." Really, no Ahi Tuna? This is Bonefish -- this is a staple here and it's on the menu. I don't think they were out, I think they just didn't want to be bothered with it at lunch time. This is my husband's favorite dish and really the main reason we stopped in for lunch. So now we have been sitting here for almost an hour with no food, the restaurant is practically empty -- however other people with different servers have come in, eaten & left. We didn't complain and my husband left a nice tip because that's what he does. But I really doubt we will ever go back. We didn't see any management there -- but probably wouldn't matter because the staff is not well trained (bartender could have brought over the drinks if server was tied up or MIA instead of letting them sit.) I will be surprised if anyone from the restaurant reads this or responds. 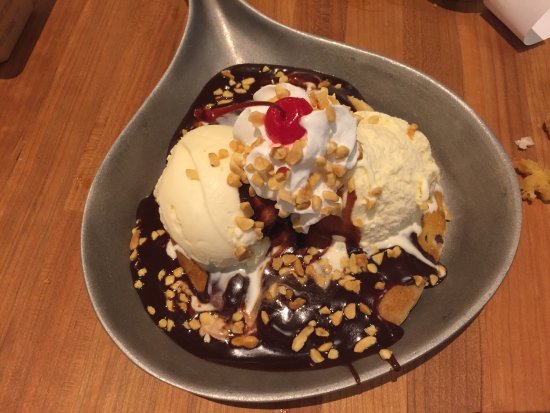 Ordered the onion rings for an appetizer and when they came they were cold and mushy. Waitress took them back to get new ones and we waited for awhile she finally came out and said they were coming and I said I did not want them with my meal she said they would not and I told her I did not want my meal to get cold either she said no problem. We got the onion rings and they were great hot and crunchy like they should have been the first time. When I received my meal the fries were hot and perfect the ribs were ice cold. My wife’s rib eye steak was tough and she sent it back and ordered the ribs. Never offered to replace my cold ribs. By the time my wife got her ribs we were all fine eating so she took them to go. The manager came over and told us he took the onion rings off our bill. Worst diner out since we got here on vacation.