Ventspils (Latvian: [ˈvæntspils] ( listen); see other names) is a town in northwestern Latvia in the historical Courland region of Latvia, and is the sixth largest city in the country. At the beginning of 2017, Ventspils had a population of 39,286. It is situated on the Venta River and the Baltic Sea, and has an ice-free port. The city's name literally means "castle on the Venta", referring to the Livonian Order's castle built alongside the Venta River. Ventspils holds the national record for the highest temperature ever recorded in Latvia with 37.8 °C (100.0 °F) on 4 August 2014.
Things to do in Ventspils 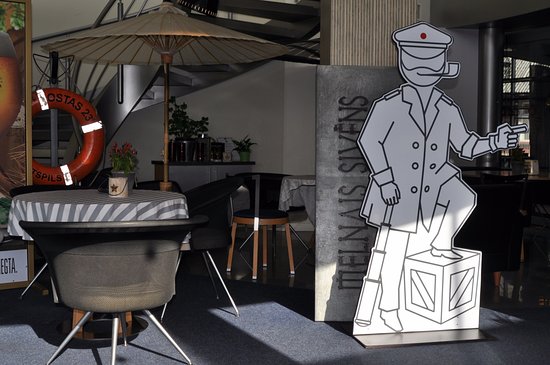 Nice, friendly and tasty place to visit after you are done with your medieval things nearby. After long day of driving and walking and experiencing Ventspils and surrounding areas we decided to have an early dinner before departing back to Riga. Staff was really nice, attentive, menu had good selection and was reasonably priced. I would say it was truly good value for money. Certainly I will be returning customer. 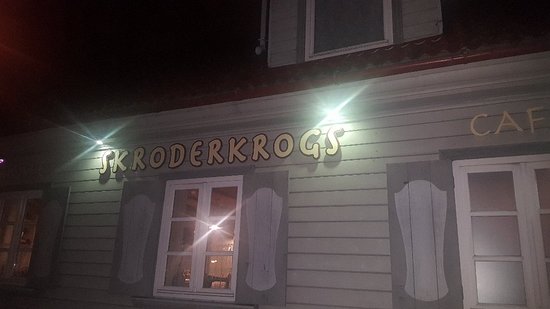 Visited on a business trip with 10 people and was pleasantly surprised with the fast service provided at the quaint little restaurant. The food was presented to a high standard by the more than helpful waitresses. Highly recommend if in the area! 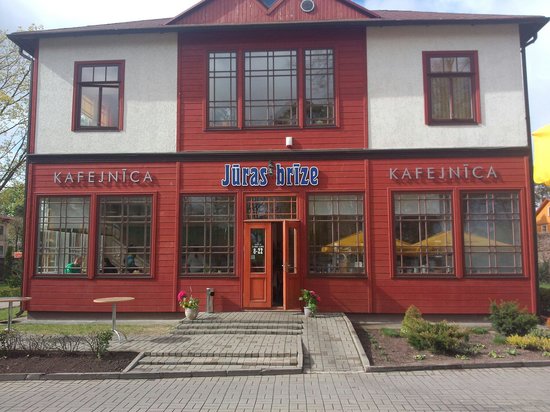 Good food, beautiful, peaceful place, nice staff, entertainment activities for kids - it's a good place for a family to get a meal. For a reasonable price and - dishes are huge (take this into consideration before taking dessert!) 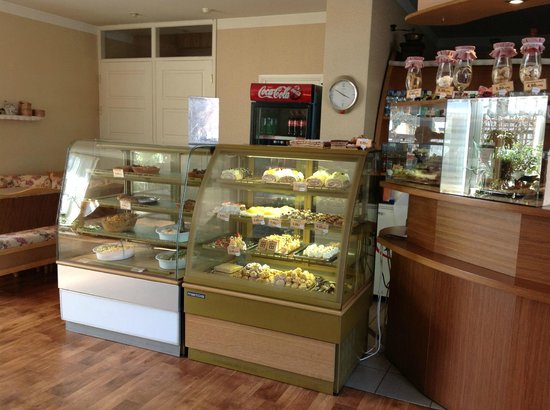 I went here, because it was listed in Lonely Planet. I'm not sure, I quite understand why this bakery specifically was listed, as there does not seem to be anything of interest around the area. However, there is bicycle parking, and it is easy to get to, about ten minutes from the center by bike. Lonely Planet also mentions they have espressos, but now they only have black coffee or coffee with milk. The garden mentioned that is nice for sitting in on warm days was closed with no Seating, although it was warm enough when I was there.
They speak English, but there is no wifi. If you are already in the area and wanting to take a quick break, it is a decent place. It is very inexpensive and the cake was good. 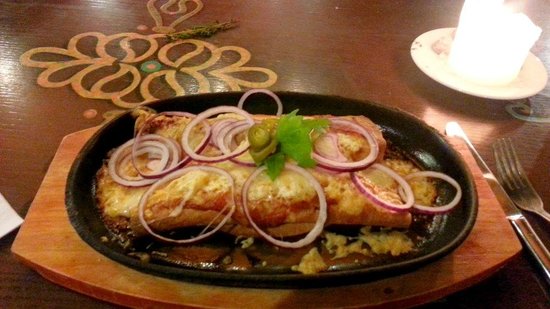 Stopped here for lunch along our road trip through Latvia. Have to say that the chili Con Carne was best I have had in ages and the enchiladas were great too. Weather was so nice that we stayed at the Terrace so can't really say how the inside of the place looks. Really good food anyhow! Kupfermans is an unexpected find, part of a hotel and spa complex in a lovely wooden building. It has a wide assortment of dishes and, unusually, many vegetarian options. We chose the cold beet soup, the lentil dish, and the potato, mushroom and cheese dish. We also added mashed potatoes with a light spinach sauce. Everything was unique and flavorful. It’s no wonder the restaurant was full at 3:30 in the afternoon. Lovely service as well. 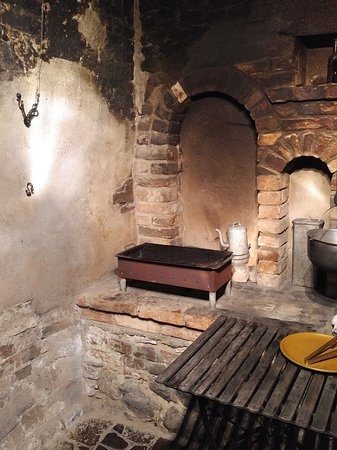 Found this place by accident going to the craft shop from the old town square & looking through an open gate saw a smoking box & barbecue which were being used to prepare lunch at Zitari also noticed it had local draft beer so we had found our place for lunch.
We sat outside in the courtyard but they do have a indoor tables as well. Menu is in three different languages including English plus our waiter could speak very good English. Some interesting Appetisers/Starters including an Appetiser for Beer but on speaking to our waiter tried the Smelts which is local dish, bit like whitebait but slightly larger, large portion even for two. For mains we had a large pork chop which came with cabbage, radish and a hot sauce washed down with some excellent local beers. Food was very good although we had a bit of wait for the mains to arrive think there was a new waitress who had forgotten about us but it was worth the wait.
This was a great find a local restaurant serving Latvian food at reasonable prices, our lunch cost €30.20 (£27.14), they cater for children with toys etc on a grassed area. You can actually see some of your food being cooked so you know it is freshly prepared in fact so fresh the fish were still wriggling in the box. Staff very helpful & friendly & know there stuff so can help you make the right choice. 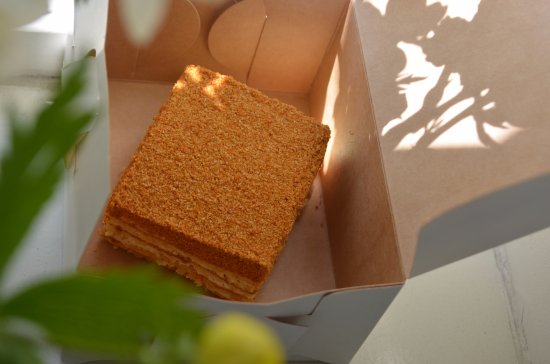 "Bitite" ("Little bee") is one of my favourite places in Ventspils, just in front of the couch station. It is a small family Enterprise and the people who run it really love it, and you can tell. They make no compromise with quality and what they bake is excellent. Always fresh, always delicious. I am crazy about their medus kūka ("honey cake") and their speķa pīrāgi (bread rolls with bacon), but all the rest deserves praise. Low prices, friendly environment. 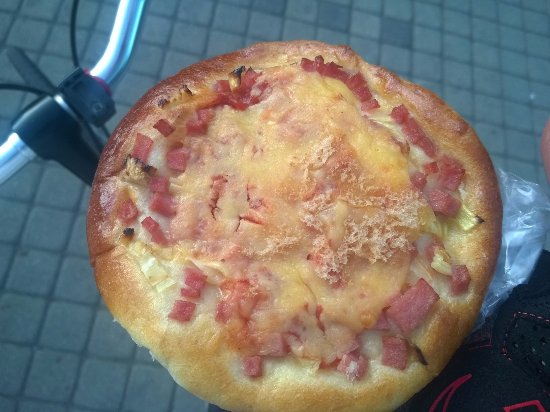 This place is beloved by locals. Here you could meet different parts of local society. However, they have old history and there you will find different meals from early 90s. One of good things about this place is the fact that it is open 24/7 so you are able to discover tasty food whenever you like. My favorite combination is - cheese pancakes, sausages with french fries and small pizza. This is the taste of history. If you are in Ventspils and like local food this is the right place for you! 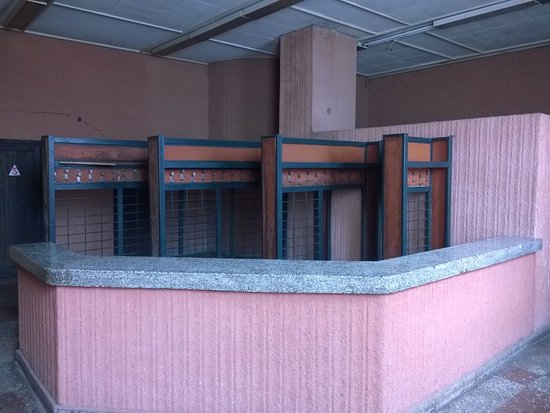 The last old-fashioned cafe that continue to work since the Soviet Union. It is unique in the context of Latvia. Everything is authentic - place, interior, menu, atmosphere. However, this place is beloved by locals. Moreover, the location is perfect - it is located very close to the beautiful beach. Food is really tasty and the stuff will make you feel like you are visiting your beloved grandmother. Here you will find the legendary menu - all dishes are served in old-fashion manner. Must-visit place if you are in Latvia.