Redruth (/rəˈdruːθ/ rə-DROOTH, Cornish: Resrudh) is a town and civil parish in Cornwall, England, United Kingdom. The population of Redruth was 14,018 at the 2011 census. In the same year the population of the Camborne-Redruth urban area, which also includes Carn Brea, Illogan and several satellite villages, stood at 55,400 making it the largest conurbation in Cornwall. Redruth lies approximately at the junction of the A393 and A3047 roads, on the route of the old London to Land's End trunk road (now the A30), and is approximately 9 miles (14 km) west of Truro, 12 miles (19 km) east of St Ives, 18 miles (29 km) north east of Penzance and 11 miles (18 km) north west of Falmouth. Camborne and Redruth together form the largest urban area in Cornwall and before local government reorganisation were an urban district.
Things to do in Redruth 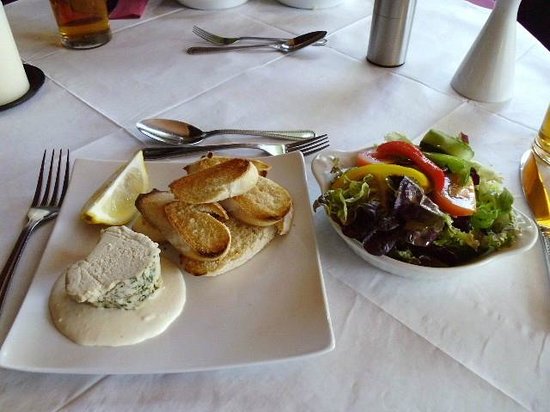 Very sorry for any inconvenience, but we are currently closed for a refurbishment and will be open again on 31st January. Please keep up to date on our website and face book pages, many thanks.

The Melting Pot is a hidden gem of a cafe tucked away at the west end of Redruth.With its relaxed bohemian atmosphere, fresh salad bar, daily specials, delicious cakes, hot and cold drinks and a fine selection of beersIts the perfect place to grab breakfast, lunch or a quick snack. There&apos;s also internet access and wifi available.

The "Old Grammar School" in Redruth is now a centre for artists with a good number of practising artists' studios. It is known as Krowji and the Melting Pot is as you would expect for such a place. Krowji is a little way off the centre of Redruth and may take some finding. The cafe is its social hub. There is also a nursery school there.
There is much thought provoking decor and I have never seen the place that busy but always enjoy going there. It is very laid back but friendly and welcoming, with a good range of alcoholic drinks available, as well as the usual (freshly made) teas, coffees, etc. as well as newspapers and other Reading material - even a fish tank!
The food menu is limited but that is a strength, since what is available is prepared by hand from fresh ingredients on the day and you can see this being done from the bar. The results are excellent, especially the jerk chicken (sic).
There is limited but unspectacular outside Seating.
Occasional functions happen in the evening in the bar, which has a small stage, but my only experience of the place is in daytime. I gather however that evening gigs are popular and well attended. It closes quite early if no gig is scheduled. 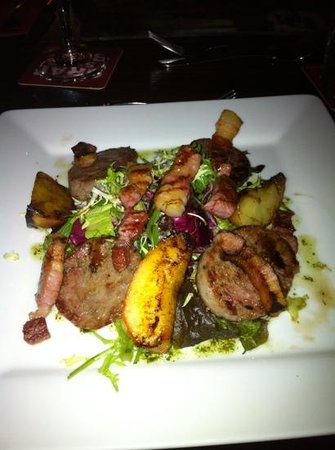 We went for a meal at the Treleigh arms last night. It was very quiet only a few diners and very disappointing. Since the chef left the quality of food has sadly exited the building too.
We were eating our main course when we noticed that sitting beside a woman and young child there was a small white Scotty dog sitting on the bar counter!! We discussed the hygiene issues amongst our group as we continued to eat and asked the waitress when she passed by why she was allowing that woman to keep her dog sat on the public bar counter. She said she would find out and left. A few minutes later the woman carrying said dog appeared at our table wanting to know why we found this a problem (one issue I immediately thought was that we were still eating and she was interrupting us with her dog hovering over us!) But more concerning was she said it was always doing that and that it wanders through their kitchen too!!!!
Hopefully for her the local authority environmental health department will agree with her if they ever do an impromptu check on these premises !!!
This lady was the owner I believe she didn't introduce herself or apologise and was quite cross we had complained and made it clear nothing would change on the dog front.
Needless to say we didn't want dessert god knows what the kitchen is like if this dog behaviour is allowed on the bar what happens behind the scenes :-(
We would not recommend this establishment because the food was nothing special, it lacked ambience and we do not feel any animal should be allowed to sit on top of Bar counters. Just had a Sunday Lunch here. It was awful. The only redeeming feature was that the Turkey wasn't that bad. However, the rest of it was dreadful. I know some people like their vegetables slightly crisp but surely not undercooked. A hammer and chisel along with the knife and fork may have helped.
The plate presentation left a lot to be desired. The plates were far too small for the amount they were meant to carry. Roast potatoes were scattered intermittently around the plate. Basically anywhere where they would fit. This was finally topped off with a crumpled up Yorkshire pudding which had definitely spent most of its life in a microwave. I think mine was caught just before it was due to explode.
And now, what about the purple cabbage and what looked like some form of Leek and Onion puree. I know many colleagues of mine don't like purple cabbage or leeks but we were never given the choice. Again it was splattered onto the plate where there was a couple of spaces.
Finally I think they must have run out of gravy because it was certainly missing from my wife's plate, although I did have a little of what could be classed as gravy but I never expected it to be served as a solid lump.
Just to round things off I was very disappointed that the waiter never asked if everything was ok with the meal. That was such a shame for me. He was also born with the personality and charisma of a table leg, so in a way I'm glad he never asked.
My wife and I frequently visit local restaurants for Sunday Lunch so we have a 'rough' idea how they should look and taste along with how the staff looks after the customer. Unfortunately this did not materialise today.
Sorry Trickys we wont be visiting you some time again soon. 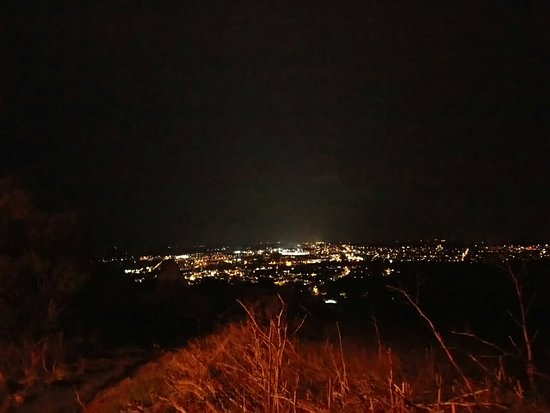 Service was terrible and the food wasn't that great either. We rented out the entire castle for a birthday party, however despite this there were other bookings in the restaurant which resulted in our party of around 25 people being squashed up in Seating that would probably fit in half that amount.
Prices of the drinks there were very expensive, with a large glass of coke being around £4.
Food came out in small amounts and was nowhere near enough for the amount of people there.
Service was the worst part of our time there with one server especially being rude the entire time, however the tipping point was when my grandmother got a gift of champagne and was asked by the server to pay £10 for having alcohol not sold by the establishment in the restaurant. This on top of all the other grievances caused the entire party to leave shortly after.
All in all this cost us upwards of £750 with many of the guests not eating much at all, terrible service and ruined my grandmothers 70th birthday.
Do yourself a favour and go elsewhere.

Went for lunch with a friend. The service was friendly and they provided whatever we wanted, whether it was on their menu or not. They made me a toasted Sandwich with cheese and mushrooms - good portion, great price, and not on menu. My friend had a roll with bacon and egg. We also had pudding (trifle for her and cake for me). Small café, but very friendly and helpful, great prices and good food too. 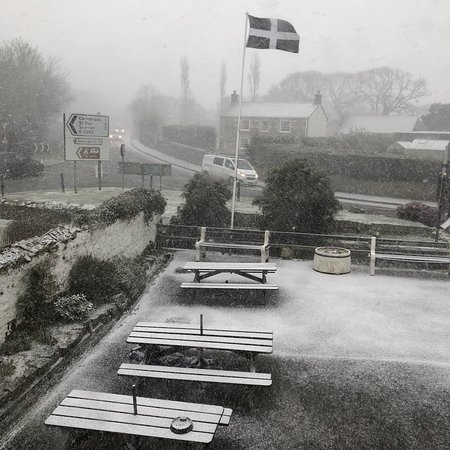 A beautiful and welcoming place with a great selection of real ale and decent lagers. Not eaten since the new people took over but if I win their draw...
Started snowing so was wonderful sitting in the leather chair in front of a real fire. Perfect. Even a pool table for a few laughs 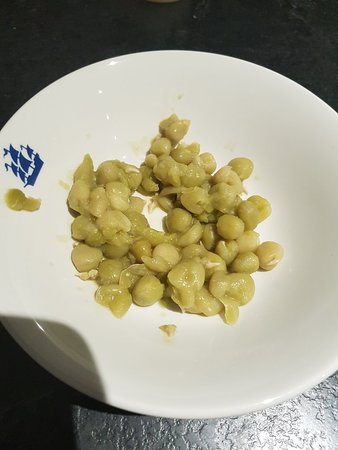 Reviewed By Terry B

As always the fish and chips was lovely. But, we waited 20 minutes before anyone came to take our order. Even then we had to go up and ask. It was busy, but not packed out. People who arrived well after us got their food before us. Our drinks arrived way after our meals. This is not the first time we've had to wait a long time. Maybe they should employ more staff. 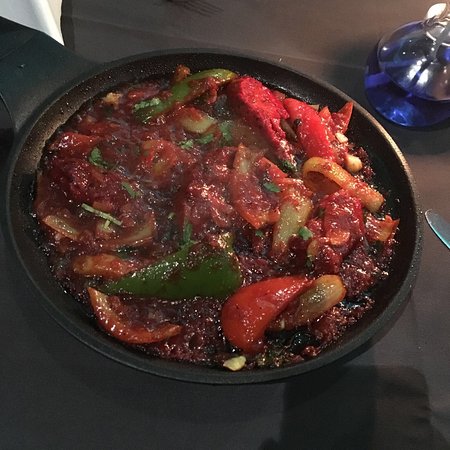 amity tandoori is the one of the Indian restaurant in Redruth,Cornwall.

Consistently great food from this friendly, relaxing, restaurant. Although it can be busy, Suf is a great host with time to talk and discuss your choices and preferences. A really nice atmosphere and no charge to bring your own wine or beer. Our coeliac daughter can have almost the whole menu. Our favourite Indian/Bangladeshi restaurant.

10. The Inn For All Seasons 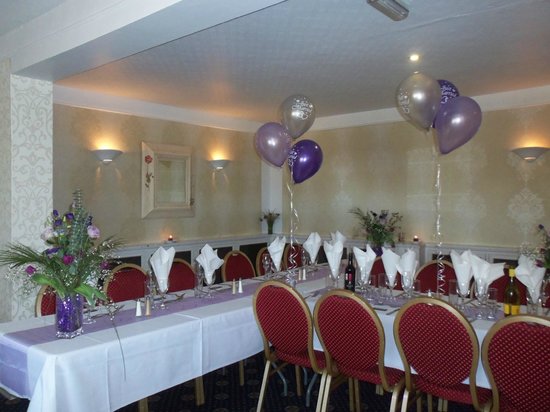 VERY miserable staff was greeted without a smile just "have you booked" ! Not a good start is it !
Had the carvery. Lovely meat that was Turkey (stunning) and the roast beef ( perfect ) lovely gravy and an ok Yorkshire pudding. Really good stuffing. But the roast potatoes weren't that good. They were ok but let the meal down quite a bit.
Fair priced but don't expect a friendly welcome because you WONT get one !
Would I go back ? NOT A CHANCE ! Unless the staff learn how to smile and welcome paying customers !