Our wives were having a girls’ night, so we settled on the Choi Yin for the evening. Unfortunately, for the restaurant, and all the clientele, a group of travellers descended on the place, had their food and drink, and decided they didn’t fancy paying for ANY of it, but that’s another story. We chose a set menu, with ribs, chicken satay, then a healthy portion of shredded duck and pancakes, followed by a fairly glutinous mix of beef, chicken and prawn dishes, with fried rice. We all had an ice cream dessert, and a few beers, for around £40 a head. Not outrageous, but totally forgettable. Felt sorry they’d been ripped off by the pikeys, but our experience left a lot to be desired. They REALLY pack the punters in as well. Staff were all very engaging to be fair. Won’t rush back though 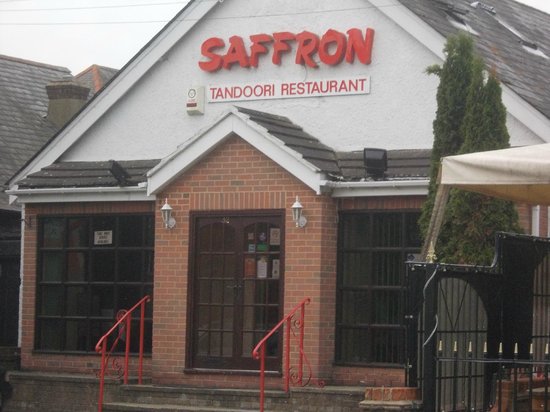 At the Saffron Tandoori we indulge your desire for exquisite hand-crafted food that looks sensational & tastes divine! We take pride in the quality of our food. Each dish is individually prepared to order using only the finest ingredients. If there is something you would like and it is not available on the menu, please do not hesitate to ask us, as we will try to cater for all Indian, Bangladeshi & Nepalese style dishes.

Pretty basic looking inside but the food was very good and was great value. The service was excellent.Thank you for review. We're glad that you like our food and service. We're trying our best to provide excellent service and quality food. Your feedback means a lot to us, hope to see you again soon. 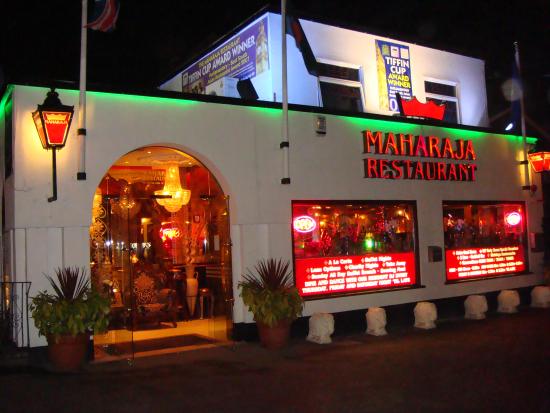 Based on Castle Point&apos;s bustling London Road (A13), the Maharaja is a Multi Award Winning Indian Restaurant in Essex, offering unique sub-continental dishes in a princely setting. Specialising in royal Indian Cuisine and lean, low fat dishes with a spicy slant, the popular family friendly food haunt is frequented by groups, celebrating diners, charity organisers, daytrippers and holidaymakers alike. Voted one of the top ten &apos;Best in the South East&apos; at The Curry Awards several times, the Maharaja is warm and welcoming, offering delicious food in opulent surroundings, with chandeliers dripping from reflective ceilings and an intricately designed private dining room that&apos;s fit for a Queen..or any VIP celebrating a special event! Perfect for any occasion, the Maharaja is full of atmosphere, with a &apos;multi colour dance-floor, a vast buffet bar, group Seating, disability access and quieter Seating options for couples and those with younger children. The Maharaja menu is diverse and exotic, offering something for every taste. With mild to hot options, free from artificial flavours, our dishes range from traditional to fusion, with the exclusive &apos;Lean Menu&apos; providing the perfect choice for those watching their waistline. Our skilled chefs can also make your favourite dish if it&apos;s not on the menu or you have a food allergy. Private functions At the Maharaja we can cater for all of your special events big or small, whether that is a charity night, a birthday do, a hen party or a romantic dinner for two. Why not plan your party using the Maharaja menus and dance the night away on our spectacular dance floor. With 200 seats including a glittering private &apos;Maharani&apos; dining room that seats 10-12, the Maharaja can cater for all functions and dietary requirements. Our chef is happy to create a dish of your choice upon request if it&apos;s not on the menu. Exclusive hire of the restaurants is available for maximum 200 guests. The Maharaja remains one of the trailblazers for restaurant charity events in the UK, having raised over £3 million for various causes. In fact, the reputation of The Maharaja reached Britain&apos;s lawmakers in Westminster and was chosen to cater for the launch of the first nation-wide Bangladesh Festival of Food and Culture in Parliament, the well-known restaurant even received praise during a debate at the House of Commons!

What a hospitable place... I held a charity do to raise money for Christian care homes and the staff were amazing, food even better, and the way they treated us was like royalty, I'll definitely be back, thank u xxxx 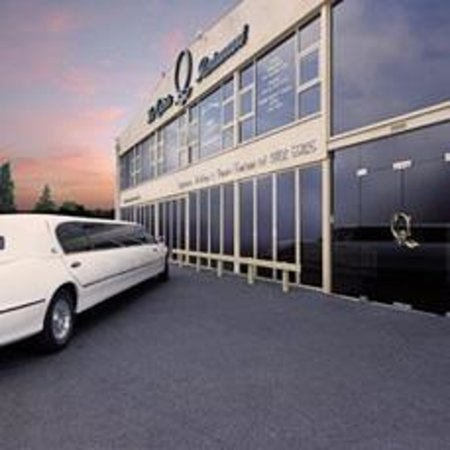 Ready as always to be totally honest for the good of all, however, sad to say that the poor food quality was a low point of the night for all of us, but was superseded by management who clearly need to take a hospitality & customer service skills course.
Good points, lovely Seating plans, pleasant & efficient waiting staff, friendly doormen, enjoyable entertainment and clean & tidy w.c's.
Negatives, 13 main meals totally inedible, which by anyone's standards is a shocker! Baked Cod, not filletted, very watery. Slow cooked beef, over salted, so much so, that it could not be stomached. Roast potatoes on all meals, over cooked to the point of sweet and spongy (never nice). Stuffed red pepper, I think the photos will speak for themself on this one, but to define, a burnt top on the pepper, chargrilled is an understatement and still with seeds on the underside, (that's a first for me to see) mushroom rice? no mushrooms found! meal over cooked so much, that there was no actual pepper underneath, just a red pulp, and the "warm brie topping" was a chewy crispy wedge!! yuk! No sweet potato as stated on menu.
Starters, although edible, were rather bland & tasteless, but looked amazing and my desert of "velvet milk" was fine, although I believe it difficult for most, to ruin a chocolate mousse with some cream. This was agreed by most, for the majority of the starters and Deserts.
Drinks were overpriced (as is often the case in these types of establishments). No water jugs were offered. No cutlery or glassware removed (usually done in the event of non wine drinkers). Waiting times for food I felt were unacceptable. Table booked for 7.30. Starters arrived at 8.30. Main arrived after 9.15 after we pointed out we were still waiting (waitress appeared shocked)
All that said and what is most astounding, is that when I explained to the lovely hostess that our food was disappointing, we were refused a refund (they insist you pay in advance, note to anyone Reading this, they cannot insist on this, it is not legal, I spoke with castle point council today). What they offered was alcohol . Cocktail jugs and bottles of wine to be precise. We had at least 4 people not drinking alcohol on the night at all, and many who dislike wine & cocktails. However, whatever ones likes or dislikes are, to be told you will not be refunded for a whole table of inedible main courses I think is truly outrageous. Our hostess was apologetic after speaking with the manager, who had already been rude prior to us asking how long the wait would be... I doubt he will be bothered by the reviews as it appears he has no belief in providing for his customers, only in taking their money and getting them drunk! It's fair to say, we won't be back 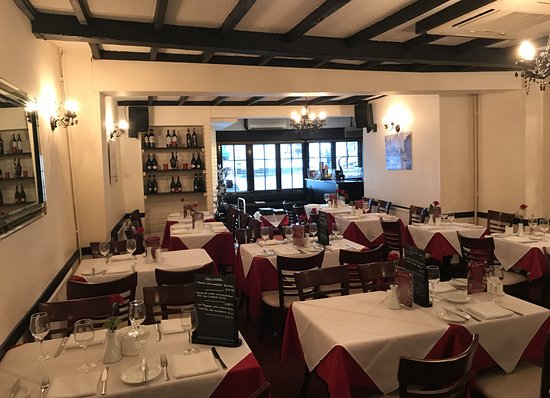 Went here for a birthday celebration with the family.fantastic night, staff were very polite and attentive, food was piping hot and cooked to perfection z will definitely be returning. Highly recommended 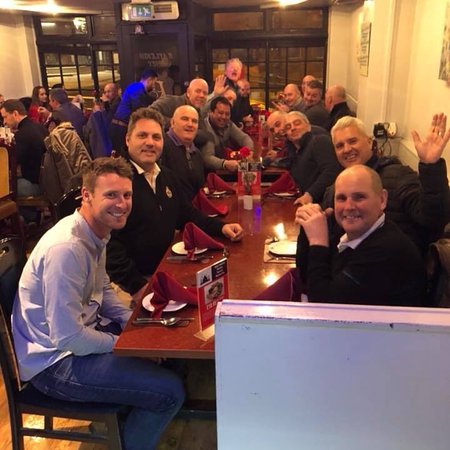 We don't go anywhere else now, this really is the best curry house in Rayleigh. The staff are amazing, very friendly and accommodating. You're never rushed and the food is outstanding with good specials. You do need to book if eating later in the evening. We've had several birthdays in here and been well looked after. 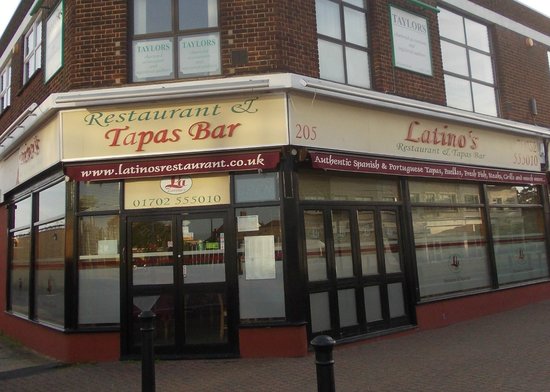 Latino&apos;s was established in September 2005 by two Portuguese families with over 10 years experience in the Restaurant business in Essex. Latino&apos;s has since established itself as one of the most reputable establishments in the area, having regulars from all over Essex and East London. At Latino&apos;s we stand for good quality food & wines at reasonable prices. We will always accommodate our customers needs if possible, why not give us a call or book a table to check for yourself.

We booked for New Years Eve dinner, as expected the restaurant was full.
The staff as usual were very friendly and efficient, the food was excellent, though a smaller menu to cater for a busy night the selection was good.
The had a DJ to see the New Year in though we did not stay till midnight due to having to be elsewhere.
Would definitely recommend this restaurant. 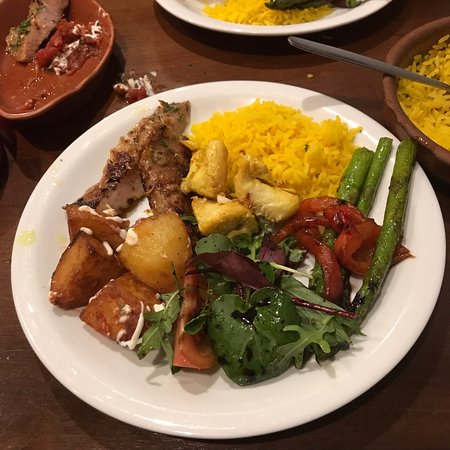 Reviewed By John B

We visited on a Thursday night, great atmosphere and nicely busy without being crowded, I understand it gets packed at the weekends. The food was delicious and the beer was good too. The service we got was second to none, thank you Maria and Liz, a very thoughtful and personal service.
Definitely be returning soon. 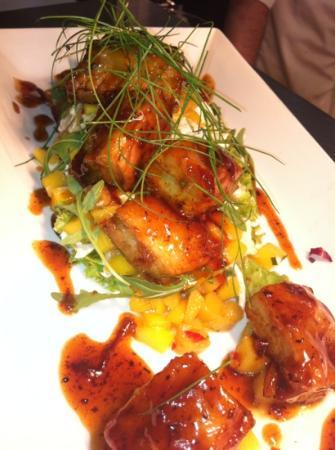 The Bellhouse an idyllic country restaurant and pub located in the quaint village of Eastwood. Set in beautiful surroundings, the recently refurbished, family run 15th century Bellhouse steeped in history and charm really is the perfect place to relax and unwind with family and friends. Our fine selection of beers, traditional real ales and extensive wine list can all be enjoyed within our grounds, dining al-fresco on our large patio or simply cosy beside our open fires, whichever your preference you will be following in the footsteps of your Royal Heritage.At the heart of our pub is a team of highly experienced chef’s and staff who are all passionate about food. The style of our food is traditional British, influenced from all that is available locally and seasonal. The meat we use is of the highest quality, our roasted leg & loin of pork is from our Scott’s Hall farm in Canewdon which has proved to be equally as popular as the succulent Dedham Vale roasted rib of beef on a Sunday.All of our cured meats and smoked products are produced in house by our chefs. Fine mouth-watering examples include our house hot smoked salmon with pea puree confit cherry tomatoes and soft duck yoke and our house smoked wood pigeon salad served with butter roasted hazel nuts and toasted walnuts. We are equally passionate about using seasonal vegetables. Our chef’s take a lot of pride in their on-site herb garden. Other fresh ingredients arrive daily, some of our most exciting seasonal produce can be experienced on our daily specials board. A great deal of time is taken in preparation for your arrival and every meal is cooked for you to order.We are very conscious of our countries depleting fish stocks and try to utilize more sustainable species, as specials, which we find can be more flavoursome and offer a much greater variety.At the Bellhouse we are proud to support British farming. We hope you share our ethos of supporting local producers and suppliers and share our passion for Great British Food

We visited on Saturday afternoon. Had a fabulous lunch. It was my Mums birthday. Kyra, our waitress was great. Starters, the seafood platter for 1 is a meal in itself, calves liver very tasty. Mains, the risotto was delicious, the gammon looked great, the burger looked huge.... All 5 of us really enjoyed our food and the service was excellent...... Looking forward to Thursday, we booked for Afternoon Tea. Thank you so much, great afternoon.... 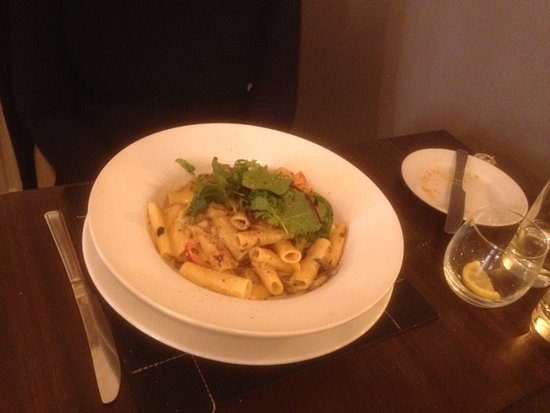 Really enjoyed our first visit to The Rose Garden which has been shut since April 2017 (The Saltings). The new owner has transformed the restaurant which is comfortable and the food is excellent. Good choice on the fixed price, but selected from starters (smaoked samlon and scrambed eggs) and mains (grilled cod /pasta provencal) Did not have room for dessert but choice excellent. Cost with two cappuccino under £37.00. Staff friendly and helpful. Will defentiely be back soon!