Polva in Estonia, from Europe region, is best know for Delivery. Discover best restaurants in Polva with beautiful photos and great reviews from traveller around the world here!
Things to do in Polva

Polva restaurant is not only a place to refresh yourself, but also a place to enjoy yourself! We offer quick, home-style lunches made using the best ingredients from south-eastern Estonia. Those who have more time up their sleeves can choose from our a la carte menu. We cater for groups, provide party and reception banquets and can provide food for outdoor events.

The café is a suitable place for organising various events as well as parties and receptions of companies and institutions. We will help you with catering for seminars and other events taking place in the Culture Centre, starting from coffee tables and ending with festive receptions. 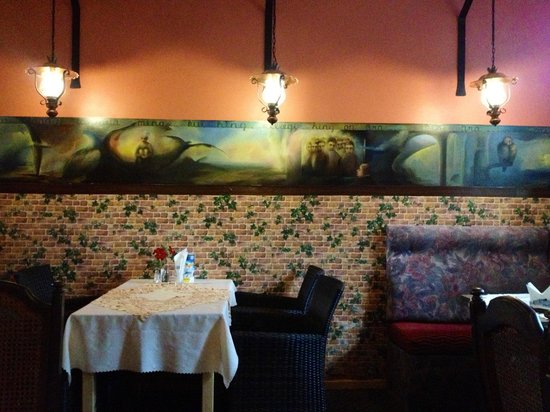 The Café and Club Aal is located in a beautiful place with lovely surroundings on the shore of a lake; the Terrace of the club is open in summer and here the guests can enjoy a picturesque view of Lake Polva. The Café and Club Aal is spread over two floors: on the first floor there is a bar and on the upper floor there is a larger hall for organising funeral feasts, weddings and other events.

Very nice and quiet place with fantastic atmosphere. Food was so tasteful, delicious.. And a bigger portion was enough for due person. Waitress was nice and smily.

4. Restaurant of the Hotel Pesa

The menu at the restaurant of Hotel Pesa includes regional specials among other things. This means delicious meals which are made from the raw material produced in Polvamaa and which comes from local Forests and Gardens. The restaurant has 45 seats. The Sun Terrace is open during warm seasons from morning to nighttime. We offer lunch specials from 12.00 during workdays. The restaurant can be booked for events and you can order catering for larger groups.

5. Cafe in the Serviti House

A comfortable place for organising parties for a smaller number of guests. We offer cosy, tasty meals.

At the Tammiku Pub you can relax, take a little break and have a bite to eat. Delicious home-made meals await our guests and of course, as in every proper pub, we serve beer. There are too large halls indoor and a Terrace. We can also help you organise parties. The pub seats 50 people. 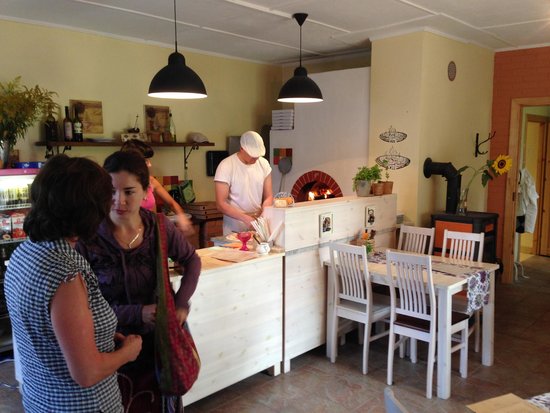 DON'T expect 'fast-food' pizzas.
Ihamaru, the village where the restaurant is located, translates into English as a 'Storm of Passion'.
Pizza Olive, reaching the end of its third season (it is open only in the summer) is a paradigm of the enterprising entrepreneur having passionate faith in their dream and putting passion into the reality.
GETTING THERE (TO THE MIDDLE OF NOWHERE)
Pizza Olive is located in the middle of nowhere, 40 km south of Tartu. The village of Ihamaru lies just north of the junction of the historical 'Postal road' (Route 115) and Route 89. The junction is equidistant from Route 2, Tartu-Vōru (to the west) and the town of Pōlva (to the east).
OTHER NEARBY ATTRACTIONS
7.5 km north of Pizza Olive is the Polva Talurahva Muuseum and 5 km south is the better known Eesti Maanteemuuseum.
The natural attractions, on the Postal Road are the lake, Palojärve, and the wildly popular mushroom and berry laden Forests that line the Postal road.
The Postal Road is, itself, an attraction. Unusually for an Estonian road this is a snaky bendy switchback that tempts younger drivers to floor the accelerator and leap (all four wheels airborne) over the rise of the road, scaring the life out of oncoming older more sedate drivers. Be Warned!
THE BUILDING
The site of a former C17th Kōrts (traditional rural pub), this later building is old, the walls are half a metre thick. The building (see the Ensemble photo) runs along a north-south axis. The northern end is seemingly empty, while the southern end consists of the local shop and Pizza Olive.
Do NOT rely on Google street view to recognise the frontage. As the screen shot indicates the Google vehicle last went to Ihamaru before Pizza Olive was established, i.e. at least 3 years ago!
Fans of the BBC's Dr Who programmes will know that the exterior of a TARDIS is an old blue Police Box (a little larger than the traditional British red telephone box) but the interior is huge. Pizza Olive is like a tardis.
OUTSIDE - small and neat - there are 4 tables on the front patio beneath the Saku sunshade. There is a further table on the Mediterranean patio to the side.
INSIDE - also small and neat - is a dining area with 3 tables, the reception area where the co-owner Olvi takes food orders and dispenses drinks, the 'homemade' lemonade, smiles, cheer and pithy 'sayings of the day' and the cooking area complete with an open wood-fired pizza oven.
Astonishingly a chair count allows Seating for 40 customers!
The restaurant opens at 11.00.
GET THERE EARLY or hope to arrive in a lull. One pizza-oven ensures lengthy waits if the restaurant is half full.
The non-pizza menu has Antipasti (for 2), Soup, Pastas and Salads, which are prepped using fresh ingredients and the cooking philosophy - 'we cook what we have'.
ALCOHOL in the form of beers and Martini Bianco for non-drivers is available but not on display (the food, ambience and the staff are the main attractions). The house lemonade at €0.90 per glass is refreshingly good and excellent value.
Pizza Olive's Ice-cream is intriguing ..... one version is herbal - basil (basilic) and is (1st of 2 criticisms) just a touch too savoury.
PRICES
With prices of pizzas varying from €4 for 28cm up to €12 for 35cm there seems to be sufficient variety in the pizza menu to suit variations in size of appetite and size of wallet. From what we saw of items being served from the non-pizza menu the portions were plentiful but not overly-large. We thought the bill was really good value for money, though we are admittedly used to Finnish prices. Pizza Olive might seem for a rural restaurant to be a touch on the expensive side.
But Hey! It is good.
EXTRA TOUCHES (the all important added-values):
The availability of 'easy chairs and a sofa' and the morning newspapers lends the inside, the relaxed feeling of a reading-room redolent of an English country pub, which on Sundays are invariably full of newspapers and half-asleep customers.
The pottery available for sale would (2nd of 2 criticisms) better be of the same excellent quality as the restaurant and be Pizza Olive/Postal Road/Forest themed.
Is Pizza Olive worthwhile the 80 km round trip from Tartu (or 60 km from Otepää)?
YES & YES 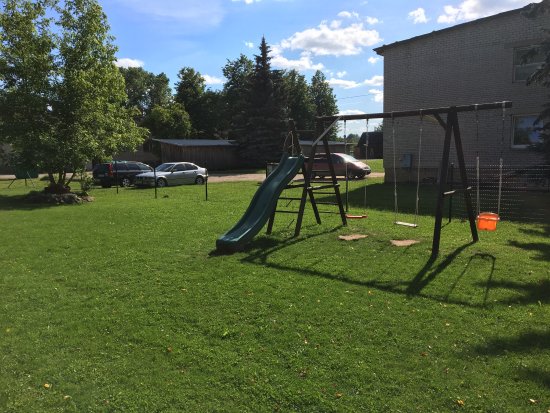 Nice place, simple but clever menu. They put an effort in the food. Food looks delicious and tastes also well. Place is cozy. Hard to find. Would not have found without a local guidance.