The Cotswolds (/ˈkɒtswoʊldz/ KOTS-wohldz, /-wəldz/ -wəldz) is an area in south central England containing the Cotswold Hills, a range of rolling hills which rise from the meadows of the upper Thames to an escarpment, known as the Cotswold Edge, above the Severn Valley and Evesham Vale. The area is defined by the bedrock of Jurassic limestone that creates a type of grassland habitat rare in the UK and that is quarried for the golden coloured Cotswold stone. It contains unique features derived from the use of this mineral; the predominantly rural landscape contains stone-built villages, historical towns and stately homes and gardens. The population of the District is about 84,000.
Things to do in Cotswolds 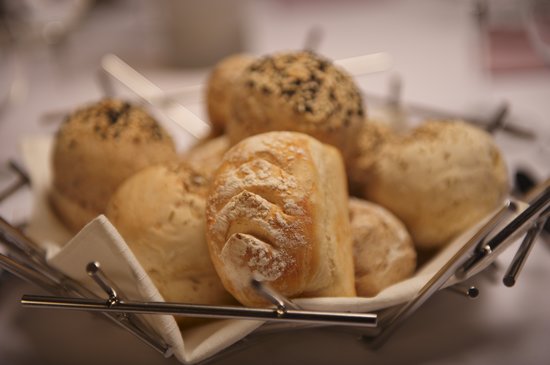 Lumière is intimate fine dining restaurant set in the heart of beautiful, Regency Cheltenham. Run by Chef Jon Howe and his wife Helen. Lumière offers a short inspirational menu and friendly, informative service. Jon excels in being able to put a new and interesting twist on traditional dishes, the menus change frequently allowing Jon to make the most of the fresh produce available to him.

Visited with my wife for a birthday lunch on the recommendation of a friend. Wow, we were not disappointed. My wife has a number of allergies which I phoned about and found they could not have been more helpful. We decided on the Taster Menu Lunch option, 6 courses, we really were delighted not only with the superb food, every course and the extras that arrived along the way were sensational, but the service was attentive and friendly. The whole experience is one we shall be repeating, preferably when I don't have car keys in my pocket and can enjoy the Wine Flight along with the food! If you're in Cheltenham and have the opportunity don't miss it, worth very penny and then some. 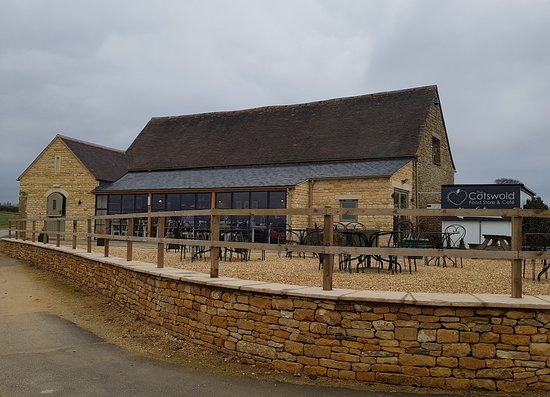 Whilst driving from Stow-on-the-Wold to Broadway we saw The Cotswold Food Store & Café and stopped off for lunch. The Café looked inviting from the outside and was equally inviting once inside. There was a small lunch menu and specials board, our food was piping hot and was very filling. We also visited the food store whilst we were there which had a good range of locally produced products and speciality items. It is a place worth visiting whilst in the area, highly recommended. Great food and experience! It was lovely to have had my food chosen in advance (by my husband) and so to have a fabulous surprise at each course. Not too spicy and lovely plantain. The hosts were extremely welcoming and friendly.Hi Jokeyo, Its taken a while to respond, but know that your feedback is highly regarded and very welcome! Thank you for having taken the time to do so, and glad you enjoyed your visit. Hopefully, see you soon! God bless, Wanja 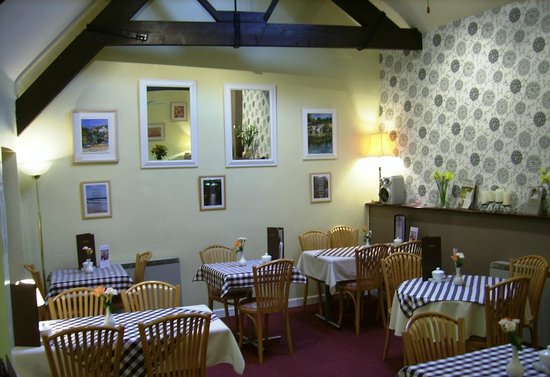 We are an owner operated traditional tearoom. Much of our menu is made here on the premises, including Soups, Dressings, Sauces, Jams and of course all of our cakes and scones.We make everything from basic ingredients, not pre prepared mixes.Our coffee and tea is Fairtrade. The coffee is freshly ground and we use loose leaf tea, with the exception of herbal teas. We aim to source our produce locally as we believe in supporting local suppliers where possible.We also provide a wide selection of Gluten Free meals, including homemade Gluten Free scones, so a cream tea can be had by everyone!Vegetarian options are always available. We are visited by many customers time and time again, along with strong support from locals who live in the town. Regular hours are 10am to 4.00pm (5pm Saturdays). Please note we are closed on Sundays and Thursdays.

Lovely lunch, the tearoom was full all the time we were there,with a great turnover of customers. My daughter had spicy vegetable soup with brie and cranberry Sandwich and I really enjoyed my jacket potato with coronation chicken and a lovely salad.
Always good service and a friendly atmosphere. We shall be back next time we meet at Stow, our midway point.
Congratulations, Jeanne M.Watkins. 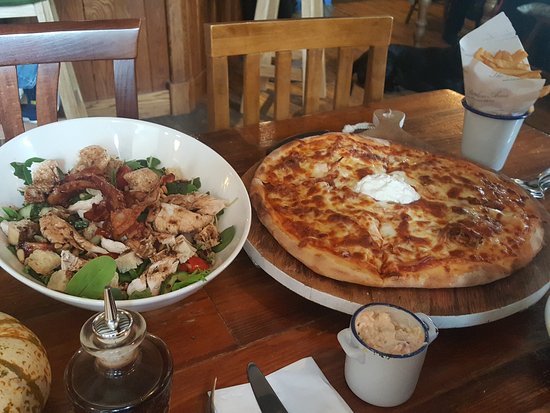 A last minute walk with friends and sunday lunch. The hosts couldn't do enough to accommodate us, and the food was delicious. Book ahead - it gets busy! 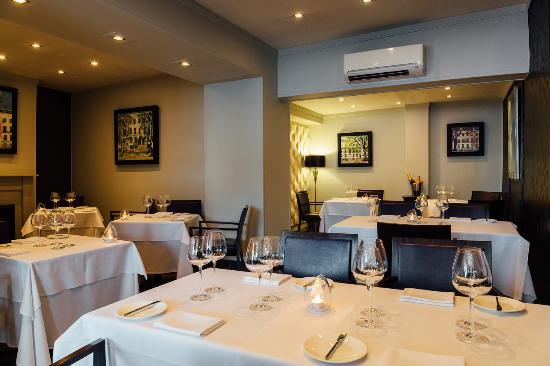 A statement of serenity and calm. A refined and sophisticated approach to dining Indian in an intimate and relaxed surrounding.Prithvi, "Earth or Mother Earth, in the ancient Sanskrit", where mouthwatering food and an attention to detail is second to none.

This restaurant is very special, the food is outstanding. Textures, flavours melting together giving an overfull perfection of true delight. Choice's to suit everyone, everything explained if needed.
The presentation is first class, so to is the service, given by pleasant helpful staff, we most certainly return 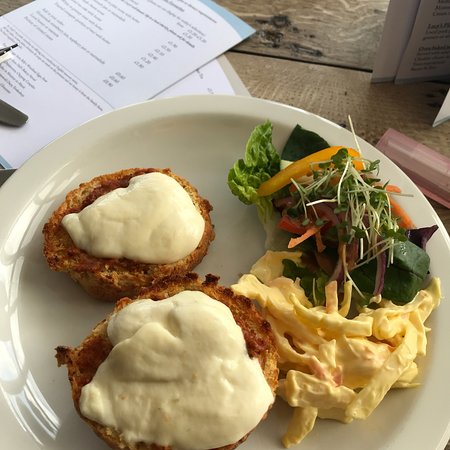 Lucy&apos;s Tearoom is a traditional english tearoom and coffee shop who pride themselves on high quality, local produce. From home cooked all day breakfasts, to delicious light lunches, to freshly baked scones and cakes, there is something for everyone. Sit in our bay window with a fresh coffee for a spot of people watching, or by our fireplace with a bowl of homemade soup, or in our courtyard tea garden with a &apos;Stow Special Cream Tea&apos; served on a tiered cake stand- it is your choice!

What a treat. Four of us squeezed on to a small table for a light lunch on our way to the Pudding Club in Mickleton. Two of us had soup and a roll, one Welsh Rarebit on crumpets and a BLT toasted sarnie. We all agreed it was delicious and very sensibly priced. The genuine French Restaurant of Cheltenham

We visited this restaurant for the first time and it was great. We eat out very often and it is so easy to see the difference in quality from other restaurants. Every mouthful was full of flavours. Excellent presentation and execution! Service was as great as the food! Thank you so much! 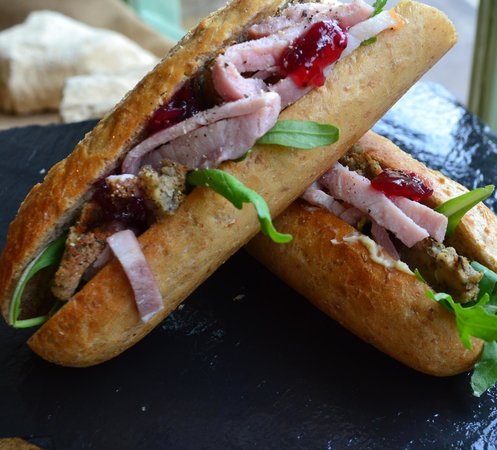 We came here due to the fantastic trip advisor reviews - and we were not disappointed! The service is second to none. Obviously the owners have picked exceptional well - with regards to staff. Everyone was friendly, knowledgeable, welcoming and so very polite. So many shops get this so wrong. The baguettes were made in front of us, using butter, - again this makes a difference to taste! We had a meat and vegetarian option - both tasted so fresh and had high quality cheese/meat. The baguettes were wrapped and cut. The most impressive item we purchased however were the handmade scotch eggs! We but these online normally - from a well known company, but these scotch eggs beat them hands down! They were utterly devine! If you can only afford one thing, get a scotch egg! Delicious and high standard customer service! 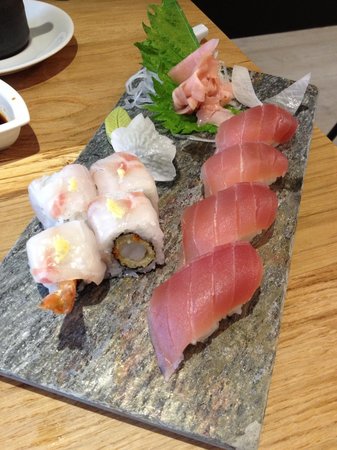 Established in 2013, KIBOUsushi is Cheltenham&apos;s original Japanese Kitchen, Sushi & Ramen Bar, serving delicious, homemade RAMEN, the freshest SUSHI & SASHIMI, TEMPURA, GYOZA, KATSU CURRY, TERIYAKI, UDON, TAKOYAKI and so much more! We also offer a Gluten Free menu and are happy to advise on Vegetarian options. Booking highly recommended as we are very small. We look forward to welcoming you at KIBOUsushi, Cheltenham!

Great Sushi. Good Service. Great location. You can’t really find fault with it really. I’ll pop in here for lunch sometimes with my wife or we’ll go there in the evenings with friends/family. My favourite restaurant in Cheltenham.