Chippenham is a large historic market town in northwest Wiltshire, England. It lies 20 miles east of Bristol, 86 miles west of London and 4 miles west of The Cotswolds AONB. The town was established on a crossing of the River Avon and some form of settlement is believed to have existed there since before Roman times. It was a royal vill, and probably a royal hunting lodge, under Alfred the Great. The town continued to grow when Great Western Railway arrived in 1841; it is now a major commuter town.
Things to do in Chippenham 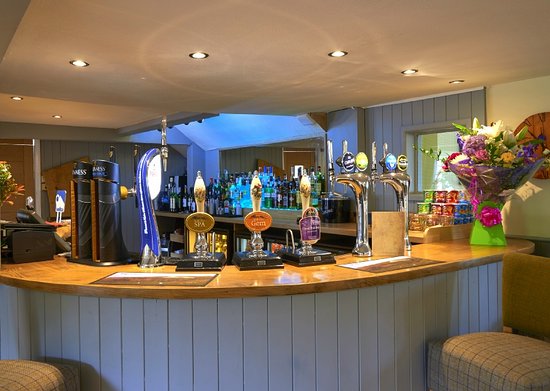 I haven't been for some time,but we were not dissapointed.We go to lunch with the ladies quite often,so we decided on The Westbrook today. The atmosphere,cleanliness comfort and may we add the wonderful food was excellant.The menu was brilliant,there was so much choice.We will surely be back it was very enjoyable.May we add Kevin and Louise were very attentive host's. 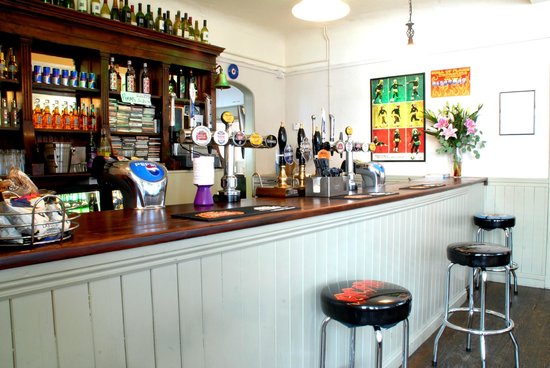 Visited for a couples night out and had a fantastic meal. Not only was the food of a high quality but the service and atmosphere was also fantastic.
Not to mention the value for money was amazing, will definitely be making a return visit.
Credit where credit is due 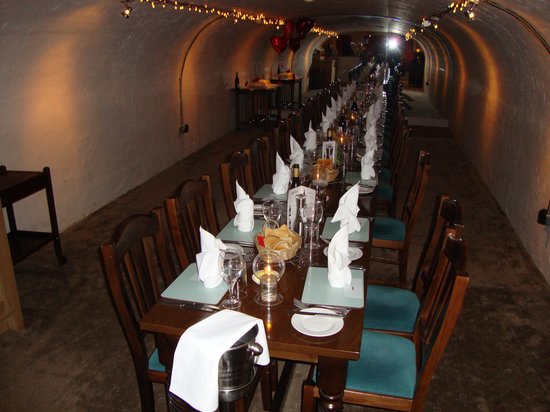 We have been established in the small market town of Malmesbury since 1986 and moved to our current location in the historic village of Sutton Benger in 2002. The building dates back to 1726 and was built by the grandfather of Joseph Fry, the founder of &apos;Fry&apos;s Chocolate&apos;. The main focus of our food is French cuisine with Spanish and Italian influences throughout the menu. Our menu also includes fresh fish, English and Scotch beef steaks, and a traditional Sunday lunch.

This cozy restaurant setting is an unexpected find in the village of Sutton Benger. The quality of food and service is amazing and is always consistent when we visit; their wine menu is also equally as impressive. The format consists of either a fixed-price menu for two or three courses, or a-la carte. All dishes we had were cooked to our instructions and presented in a high standard, and the menu choices seemed to quite varied, but overall reflected a French / Mediterranean influence.
In our experience it’s suitable for both an intimate occasion as well as family dining; the only thing to bear in mind it to book well in advance as it is extremely sought after. 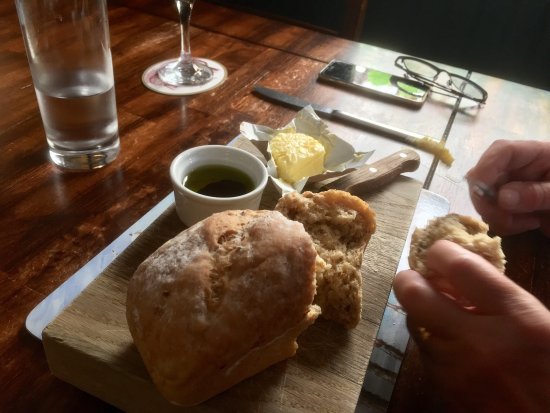 We have eaten here before and have great memories so we thought we would go back again for a Saturday evening meal with friends. When I made the booking I mentioned, as I usually do, that I am gluten and dairy intolerant. Usually this is...MoreIt's always a pleasure to go the extra mile for our guests. So glad you had a good time and thank you for your very kind review Neil and Sarah Cooper 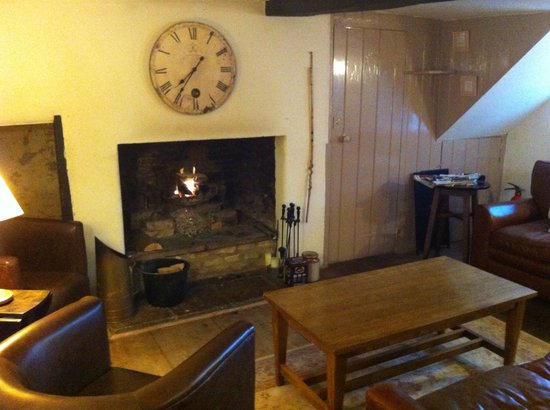 A country inn/restaurant serving a range of local beers (Butcombe, Gem, Rucking Mole) and ciders. Due to staffing problems the restaurant is temporarily closed. For the duration of the restaurants closure in addition to being closed Monday & Tuesday lunchtimes we will not be opening at lunchtimes on Wednesday, Thursday or Friday. We hope to solve the problem shortly.

It was my turn to cook so I called The Rising Sun to see if they could accommodate an additional two at short notice. Luckily for me, they said 'Yes'. They did not disappoint. We both had beef with the usual accompaniments which were plentiful and well presented on hot plates. I do prefer my roast potatoes smaller and my partner would have liked to see less green greens! The Rising Sun chef does not know how I prefer my roast my potatoes. As for my partner..... Staff were attentive. A good value experience.

Charming English country pub, run and managed by thoroughly friendly people intent on making you feel very welcome. Beer is great, food mostly excellent. I do have a minor gripe that these days, few excuses cover pre prepared chips! How hard can it be to peel and cut a Potato. Potions otherwise are generous, perhaps quality ove quantity as my mixed grill could certainly ave been slightly improved by better cooked meat and of course real chips! Parking available. 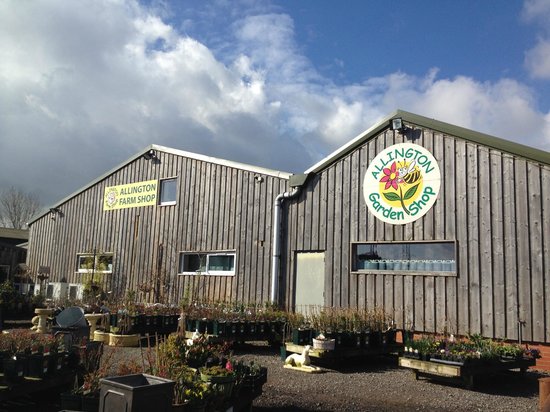 Allington cafe is open daily for a delicious cooked breaskfast. We also Offer a farm to table Lunch Menu from a deep filled Sandwich to a homemade pie or even today delivered griddled fish. Also daily their is a range of homemade scones, cakes and puddings all made on site by our pastry chef.

Called in on the off chance for refreshments. Had a few moments wait but we were acknowledged and kept informed by the very busy efficient waitresses. Shown to our table and menu explained. You order at the counter stating your table number. Not that much homemade cake to choose from but name it easier to decide if suppose! £15.30 for pot of tea for 2, a child's milkshake, a slice of lemon drizzle, coffee & walnut cake plus a vienese whirl... usual going rates and cake was delicious :) 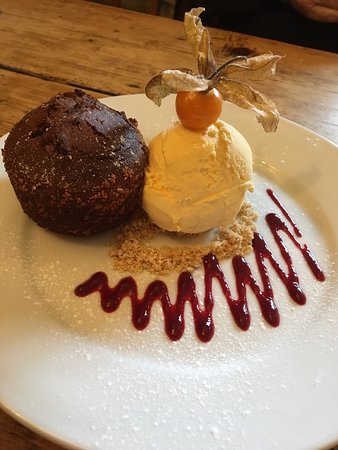 My family and I met up here as a centre point (ish) for three trips. Wife and son coming from Preston, me from Devon and sis and bro in law from Bracknell.
Lovely food, friendly staff, reasonable prices. Would return. Only one small criticism, and may be just of the Sunday menu, but only one vegetarian choice. Everything else fabulous 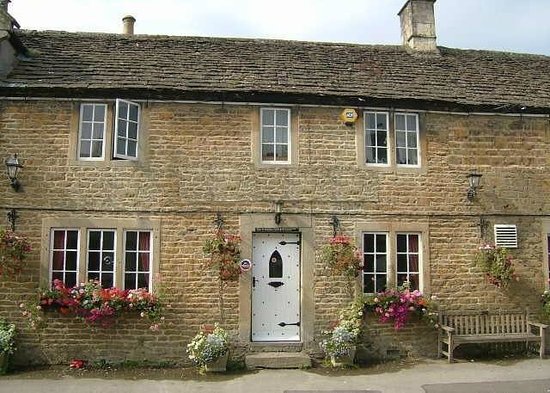 Very characterful inn which we'd checked out online. Booked ahead as it was a Saturday. Busy though we got drinks & ordered food straightaway. After 20 minutes of waiting, a server came over to apologise for our wait but that they were now sending out the large party's food and so ours would be along in "6-7 minutes". 20 minutes later it arrived. So, a 40 minute wait. Mmmm.
On a positive note, the food was excellent. The salmon special was moist with lovely veg & sauce; the steak & kidney special was full of meat, very tasty sauce & suet pastry (which though very good was just too thick and defeated me).

Would we go again ? Yes though I hope not to get behind a large party. 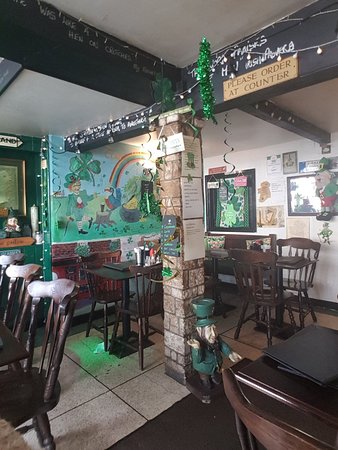 Had to pick up an e-bay item in Chippenham and stumbled upon this place.
WOW!!!
Best brekkie ever!!!
Been to Ireland a few times and this was a blast from the past. Great environment, atmosphere and staff.
Quality of food sublime. WHITE PUDDING!!!!!!!!!!!
Try it for yourselves.