Bandar Lampung (Indonesian: Kota Bandar Lampung) is the capital and a major economic hub in the province of Lampung on the southern tip of Sumatra island, Indonesia. It was called Tanjungkarang-Telukbetung, the names of the two major sections of the city, before being renamed in 1983. For immigrants and travelers from Java, the city of Lampung is the entry point to Sumatra, especially before the construction of the major harbor at Bakauheni, just south of Bandar Lampung. Bandar Lampung is served by the Radin Inten II International Airport, with flights to Jakarta located northwest of the city. The city and South Lampung Regency (which borders the city on its northern and eastern sides) are major transmigrasi recipients for those seeking respite from the crushing population densities and traffic nightmare of Jakarta, yet able to take advantage of proximity. As such, its population composition is far more cosmopolitan for a provincial capital of its size.
Things to do in Bandar Lampung 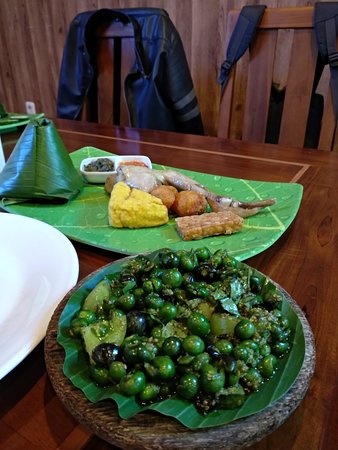 Pandan Wangi Restaurant, a perfect venue for dining exploration in Bandar Lampung. Head by skilled Indonesian Chef from International hotels & resorts experience, you may enjoy his culinary in unique presentation. From Western to Asian flavours and local best in town favourites are available for breakfast, lunch and dinner.

A variety of food. Not only typical American breakfast type, but also traditional Indonesian food such as Nasi uduk, Lontong Sayur, Nasi goreng, Bubur ayam etc. The pempek was not bad at all. A bit pricey for Indonesian wallet. Be careful with the room service; the prices shown on the menu do not reflect the final charges for inexplicable reasons, unexplained by taxes or Delivery charges. 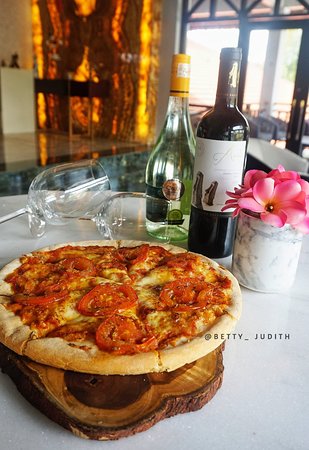 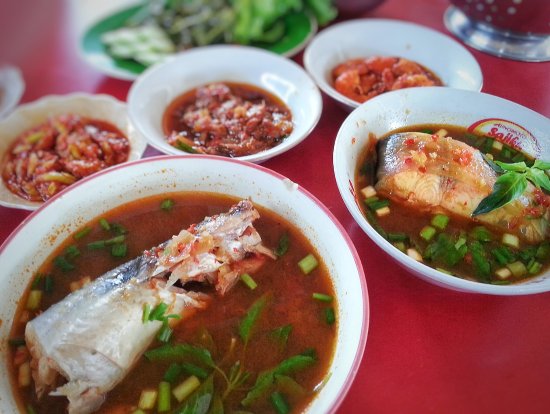 I like the taste and the menu served, like pindang patin, pindang baung. But they have to take care on the rest romms cleanliness 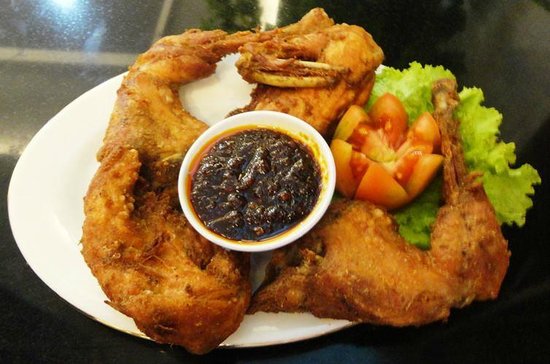 This is a huge Nasi Padang resto. Good location with parking. Yes, food came to table almost as soon as we finished selecting from long display of food. All was tasty. I tend to stick to Ayam Goreng, Sayur Lodeh and other staples. Pleasant and quick. Place had finished big lunch and was not the cleanest but it wasn't really dirty either. 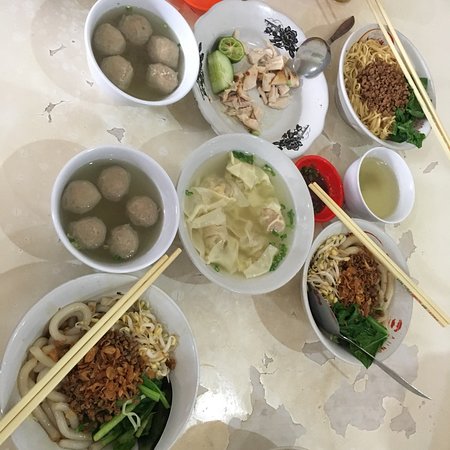 Whenever I come back home to Lampung, I will always try to get my favorite bowl of chinese noodle here.
It's just perfect! The noodle is soft yet chewy, the clear broth soup is fresh and the condiments, as well as the vegetables are yummy.
I usually order one bowl of mie or noodle with tofu-fish ball :). I am literally drooling now.
They also have bihun or mee-hun or angel-hair,-whatever you call it, lou cu pan, and chicken porridge in the morning. Better hurry, after 12, they're usually running out of food to order :)
For Rp 15.000,-, it is indeed the best chinese noddle I will forever cherish :)
Don't miss it... 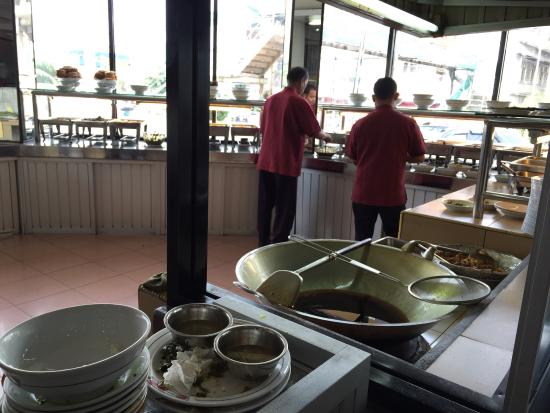 As I love food of Padang so that's why this is one of special restaurant of food of Minang and Padang that I choose. The food's taste is very delicious, and there is the special mix of this restaurant compared of the other kind of Restaurant of Padang is "Keripik Renyah". But I always carry my food away on plastic bag. 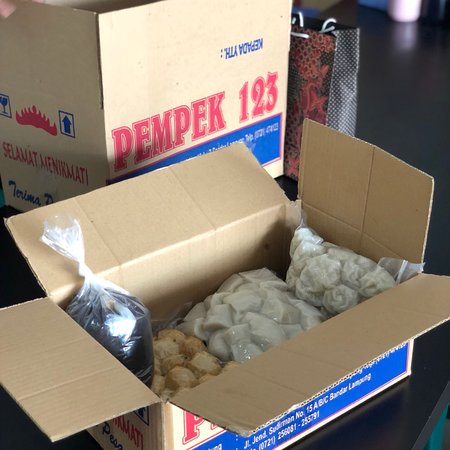 I tried this pempek with my father's cousin. We ordered adaan (the round one), lenjer (the long one), and big lenjer (the big long one), and also pempek lenggang (pieces of pempek in fried egg). The best is big lenjer because the fish flavour was tasted. The others are so so. They also have ice kacang if you need some cool burst. 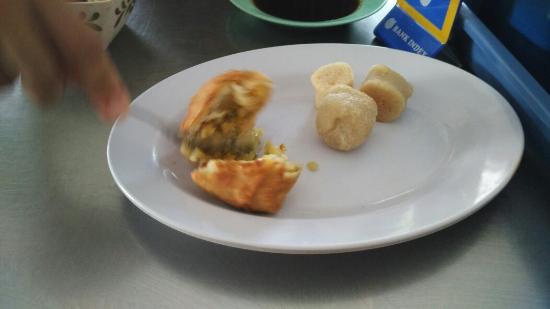 The best Pempek in town, and it's serve the real pempek with real fish flavour. Everything are perfect especially the "cuko". And they serve also three different taste start from sweet, medium and hot.

It is a garden like place with pavilions so very pleasant in the cool of the evening.
Extensive menu of local food. We had mussels, squid, fish, chicken and all good.
Service is mixed. Sometimes slow, sometimes fast.
I had problems finding a table away from smokers and keeping it that way, but that's a common problem. 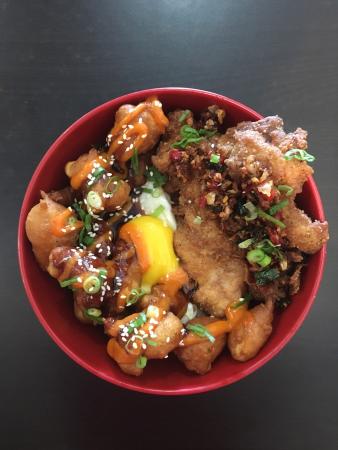 For the first time we went there twice during our visit to Lampung on July 9-11, 2016 with my extended family. First time went there, we got there around 10 PM so the shop was about to close. Luckily the owner was there, so we managed to order some coffees for takeaways. Had frappe mochatella, and it was nice. Could barely taste the cofee (I loved strong coffee), but it was nice nevertheless. Second time, ordered mochatella and cappuccino for to-go. The cappuccino was lukewarm, so the barista re-heated the drink (I think using the steam wand from the coffee maker) and the mochatella was fantastic.
Overall I'd recommend the coffee and the place for hanging out or having a meal. My understanding the place also have food menu and it's recommendable. Try mochatella as it's the signature drink.