10 Things to Do in Yatsushiro That You Shouldn't Miss

Yatsushiro in Japan, from Asia region, is best know for Castles. Discover best things to do in Yatsushiro with beautiful photos and great reviews from traveller around the world here!
Restaurants in Yatsushiro 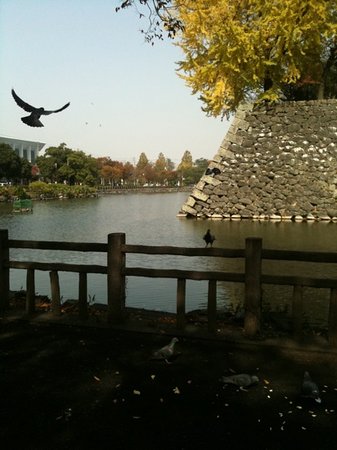 Great spot for a picnic and a lovely backdrop for some photos. There is no longer a castle but the walls and moat are pretty and you get a good view of the city from the castle walls. 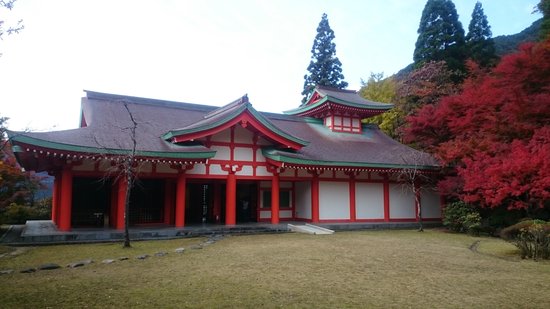 Gokanosho, it means "five-families' shires" if you translate it literally.
In 1185, the Heian era, Heike's forces were defeated by Genji at Dannoura.
A general named Kiyotsune Taira was thought to be dead but the tradition
says he was not. He kept running away from Genji and soon he arrived in
Bungo, Kyusyu where Ogata rules. He got married to Ogata's daughter and
changes his family name into Ogata.
He kept running away moreover for south. Eventually reached to the very
heart of the Mountains of Kyusyu island, where no one could find.
He set the residence there, lived till died.
His grandsons Shiro-Moriyuki,
running out of the time. to be continued... 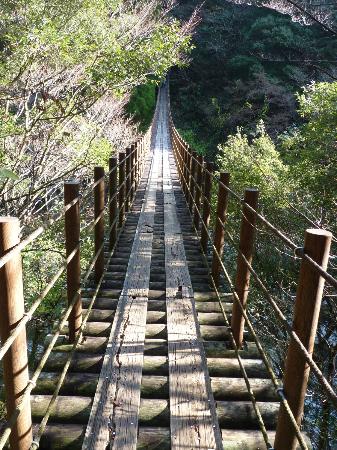 if you like Bridges especially suspension ones, you got to see this. we also did not make it as the main entrance to the bridge's parking area had a queue time of 1 hour. we so luckily chanced upon another entrance to another carpark so we took the chance and went there. no regrets! the view is good and you can see gushing water from in between the wooden logs when you look at your feet.

The "Yatsushiro Myouken Sai," held at Yatsushiro Shrine in Kumamoto prefecture, is one of Kyushu's three major festivals, passed down by the townspeople since the end of the Edo period. Visitors will be treated to a lavish portable shrine-transporting procession, roughly 1 km long, that seems to come straight from the Edo period, featuring shishi (lions), kazari-uma (decorated horses), a kida (snake-turtle), and more. The eve of the festival is also packed with attractions and events, including a traditional performance festival, the Yatsushiro food court with its gourmet selection, and a stamp collection event. This festival is one of Japan's Important Intangible Folk Cultural Properties.

When we first read about the Yatsushiro Myoken Festival we decided we had to visit.
It’s described as one of the 3 greatest festivals in Kyushu. It is definitely a very local event. The town was mobbed with locals and visitors from Kumamoto and beyond, but we saw only five other Westerners there.
The day began for us in the courtyard in front of the JR station. Very convenient if you arrive by train as we did from Kumamoto. The station itself was decorated for the event. Many restaurants sold local specialties as did the souvenir stalls set up for the festival. The TIC right near the exit gave us a map and an English brochure after much searching through files and cabinets.

The main religious event began the night before with the moving of the god of Yatsushiro Shrine to the Shioya-hachiman Shrine, 6 km away for the night and then returning the god to Yatsushiro Shrine the next day which was the day of the festival.
The parade included many Shinto priests; locals carrying nine mikoshi, small in comparison to those of Takayama, for example, but still quite heavy - each one was from one of the 9 wards in the town; several groups of school children; and numerous dancers. Each group or individual stopped in front of the station and performed - a lion dance, a tengu goblin dance, a lively display by a turtle with the head of a dragon, and a young boy performing with the turtle.
The horse event in the space in front of the station is perhaps the most popular. We were glad that they no longer got the horses drunk on sake before running them in the small enclosed space, which definitely could be dangerous; even so it was very exciting and seemed just a bit out of control.
We stood with the locals along the perimeter of the space in front of the station. A series of bleachers at one end had box seats for sale but they were quite expensive and wouldn’t allow one to move around and take photos.
After the parade of mikoshi left the station area we, along with most of the visitors, followed the parade and walked to Yatsushiro Shrine. It was a goodly distance along the main street of town. As we got closer to the shrine food stalls and souvenir shops appeared.
The festival grounds at the temple included all the usual suspects - more food stalls, games, souvenir vendors and displays. The mikoshi were lined up so you could take photos. They were nicely painted and detailed but much smaller than others we’ve seen - small, local festival, small mikoshi. The turtle was also on display and you could pay to climb inside it. Yashushiro Shrine was open and we watched the priests blessing the horses from the morning event.
When we finally had our fill, we got a taxi to take us back to the station. It was a long walk and we were very tired. 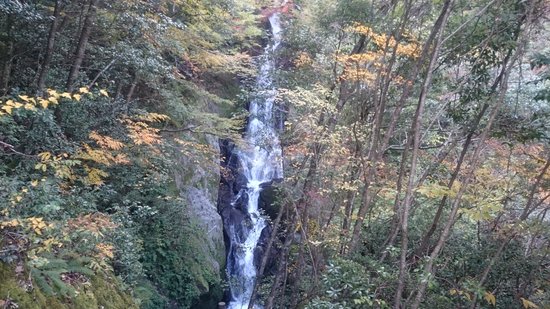 If you drive Route 443 from Miyanohara on the coast (Yatsushiro) and turn right on Route 52 at Hikawa Dam, you'll begin a long climb into the Mountains passing through the high mountain village of Iwaoku before crossing into Gokanosho through a narrow turning tunnel. The descent begins on the eastern side and winds down until a large parking lot opens up on the left and several shops are seen across from the lot. This marks the top of the access to Sendantodoro-no-taki, the highest falls in Kumamoto Prefecture.
To the right of the shops, most of which only open during the fall color viewing season, is a restroom and the start of the trail down to the falls. The trail is paved most of the way and the steep sections have stone steps. Views of the falls begins near the top but the best views don't appear until you reach the bottom. At the bottom is a small picnic shelter that used to have a table but it rotted away and is now only a roof. At the bottom of the falls is a deep pool where you can attempt a swim if you like cold water. Below that pool are several shallow pools that are good for wading or for kids to play in.
The trail continues downward following the stream until it comes to a small suspension bridge next to the road. There are few parking places along this stretch, but if you are in a group, some can continue along the trail to this point while the driver brings the car around to pick them up. Below this bridge are some large pools that are good for swimming.
The Mountains around here are steep and not overly logged, so the indigenous vegetation still remains and provides spectacular colors in the fall (compared to the newly planted cedar slopes). At this time, the roads can actually become crowded. Most of the rest of the year the only traffic seen is a logging truck or the small mail truck.
Once I come this far, I usually continue to Momigi to check out Heike-no-Sato, a museum and historic building display deeper in the Mountains, returning via Umenokinotodoro no taki hanging bridge and Waterfalls to Nihonsugi, where you descend down a steep and windy road to Route 218. This a part of Japan that few go to, even Japanese.
Access is only by your own transportation or a tour out of Kumamoto. I first came up here in 1982 on my Honda motorcycle. The windy roads make it a good tour.

The Yatsusiro All Japan Fireworks Competition is held on the third Saturday of October in Yatsusiro, Kumamoto Prefecture. It is the only competitive fireworks competition in western Japan. Thirty skilled fireworks experts from around the country congregate to vie for the prize. In addition to the competition, there is a musical fireworks show, with the blasts timed to music, and the "Wide Star Mine," where a huge barrage of fireworks all go up. In total, 12,000 beautiful fireworks illuminate the skies of Yatsusiro. In addition to free Seating along the banks of the Kuma River, there are also special VIP seats to see the action up close. 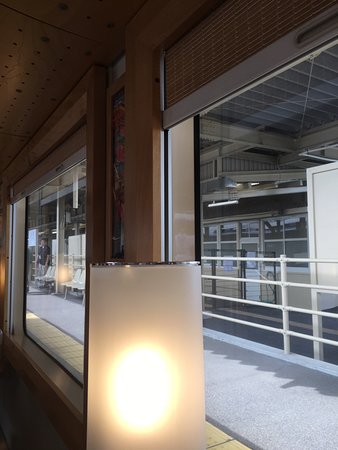 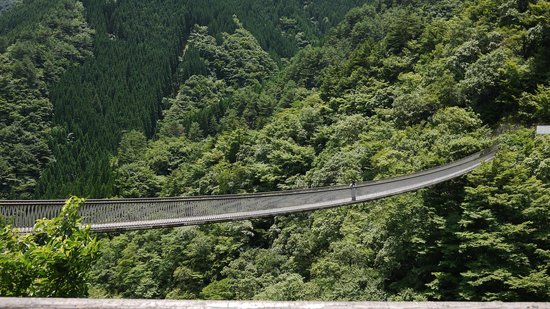 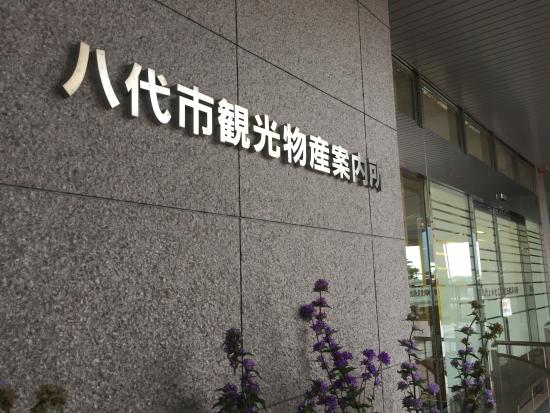 We came to Yatsushiro for the Yatsushiro Myoken Matsuri.
When we arrived we stopped at the TIC to get maps and information. The staff initially couldn't find an English map so gave us one in Japanese with pictures. She took us outside of the station and showed us where things were going to happen.
A few minutes later one of the women came out of the station and found us amonsgt the crowds. She had found an English map for us and further information about the festival as well also in English.
Thanks all around. As we left, several hours later, we stopped by the office to thank them again.