10 Things to Do in Subotica That You Shouldn't Miss

Subotica (Serbian Cyrillic: Суботица [sǔbotitsa] ( listen), Hungarian: Szabadka) is a city and the administrative center of the North Bačka District in the autonomous province of Vojvodina, Serbia. Formerly the largest city of Vojvodina region, contemporary Subotica is now the second largest city in the province, following the city of Novi Sad. According to the 2011 census, the city itself has a population of 97,910, while the urban area of Subotica (with adjacent urban settlement of Palić included) has 105,681 inhabitants, and the population of metro area (the administrative area of the city) stands at 141,554 people.
Restaurants in Subotica 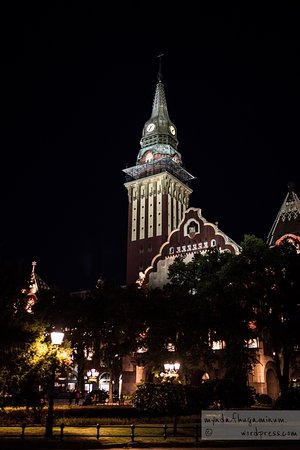 We did a guided tour of this amaxing Art Nouveau building. It was built in 1908 1910 in secessionist Hungarian style. Its decorations were remarkable and reflects the wealth of this city at the time. A must do in beautiful Subotica. 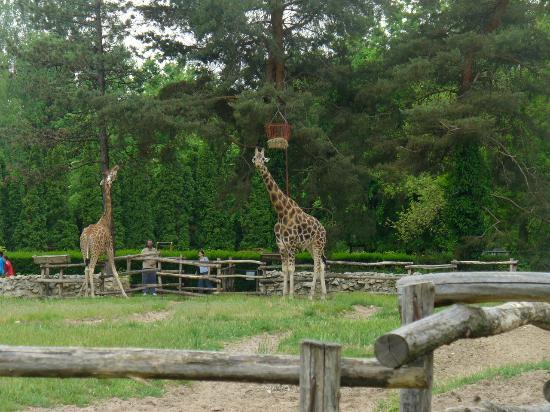 The Zoo garden Palic is situated in the center of Palic, Serbia, small village 6 km from town Subotica and 5 km from E75 Budapest - Belgrade highway, just South of the Hungarian – Serbian border. It is founded in 1949 and today spreads on 10 ha. It is famous for its anima enclosures elegantly incorporated within park and resting areas.The Zoo's fields of work are: zoology, botany, education and nature protection and conservation. The park consists of 270 wood and shrub species, whit some rare and exotic ones such as Lebanon cedars and giant sequoias. The most representative are English oak trees, more than 200 years old. Variety of flower arrangements, ponds and Fountains fulfill the area. Visitors can enjoy observing 70 animal species, from domestic to exotic: Grey buffalo, Asian elephant, Giraffe and Katta lemurs. For children it has playground and petting zoo, and parents can rest in the restaurant, coffee shop or numerous benches. Information boards are placed all around the Zoo and visitors can read many interesting facts but also warnings and rules, and interactive games.More than 160 00 people visits the Zoo every year. Opening hours are: every day from 9:00AM to 4:00PM during winter and from 9:00AM to 7:00PM in summer.

Reviewed By Bojan b - Belgrade, Serbia

Beautiful zoo. Belgrade's zoo is like dump compered to Palic's zoo. Animals are in spacious cages. It is maintenance and clean. It could be more boards with inscription of animals and water in Fountains and seal pool must bee clear, not green, but that is the problem in whole Palic environment. If you have any chance to visit, do not miss. 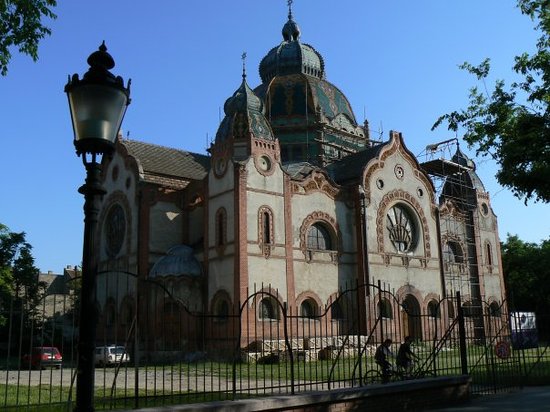 You instantly fall in love with this splendid Hungarian Art Nouveau Synagogue. It is one of the finest surviving pieces of religious architecture in the Art Nouveau style. The Synagogue is huge and beautifully decorated with colourful motifs; the painted glass windows are genuinely breathtaking. The whole building is in desperate need of refurbishing. 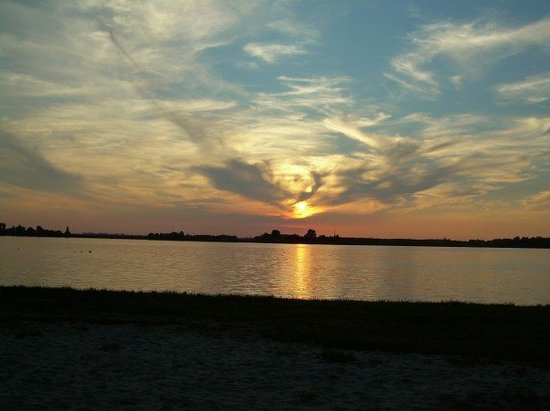 I understand that writing in English is the best way to share my feelings. Well, this place is amazing: a true garden-city, Art Nouveau style, in the sorroundings of a beautiful lake and of a stunning environment area. 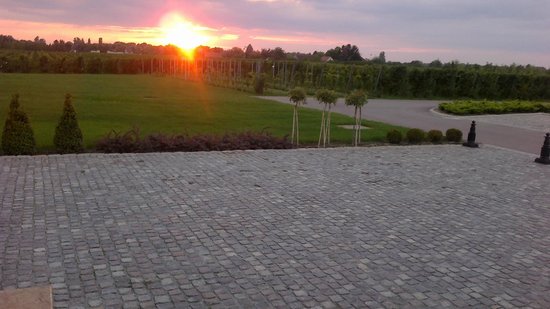 Went to winery Zvonko Bogdan with friends with group of friends and was really positively surprised. It all started with big entrance to wine yard and drive through lines of grapes to main building which was amazing from outside and as it is inside. Beautiful place it is. And thats what is all about. You will enjoy interior, winery process walk through and beautifully decorated tasting room. Very interesting and very eye catching. Wine it self is matter of taste, personally tried better and tried worst but at the end of the day this review is not about the wine but the overall experience which was great (some improvements could be made on welcoming customers side). Recommended stop definitely.
Tip: Reserve. Email works so as telephone. Tours starts every 1 hour. 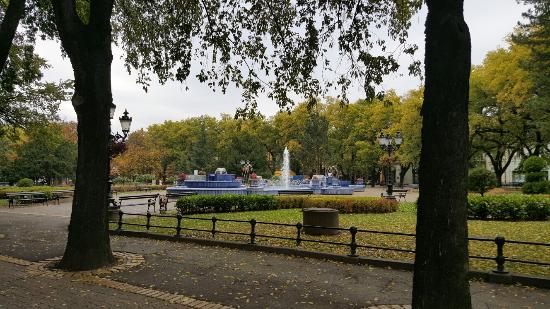 Fontana ceramic "Zsolnay" with the symbol of the city hall of Subotica, the main meeting and resting people and pigeons, each year an oasis of freshness, as in the main square lowers the temperature by a few degrees during the hot days.
Fontana is made of ceramics, "Zsolnay" from Pecs, 1985 after the project Svetislav Licina. 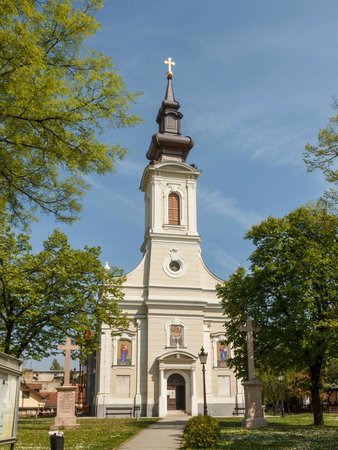 It's easy to forget how different orthodox churches are to western ones - this is a great place to remind yourself !
There isn't any entrance fee, and there aren't any signs in english - but still worth a quick visit to see the beautiful colours and iconography.

8. Cathedral of St. Teresa of Avila 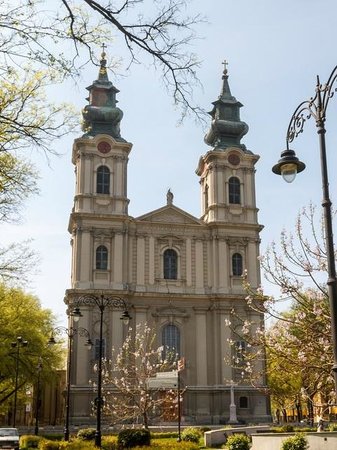 Cathedral of St. Teresa of Avila in Subotica (popularly known as the Great Church) is the Cathedral church in the late Baroque style dedicated to the patron of Subotica, St. Theresa of Avila. It was built in the period 1773-1798. Work on it began in 1773 after the project of the Budapest Franz Kaufmann masons to complete the project by Adam Heisler from 1783. The main altar was completed in 1804, a clock tower was erected in 1840. 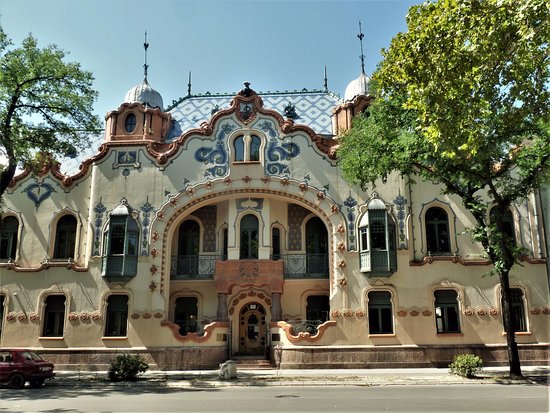 Two for one - you get to look around the stunning Raichle palace, and you get to see whatever Exhibitions they have on display.
When I visited there was an interesting/amusing photography exhibition downstairs, and an art exhibition upstairs.
Well worth the 100 dinar entrance fee.

The market is open every day from 6 am to 3 pm. Situated 2 kilometers outside Subotica. One of the largest flea markets in Europe. Featuring clothes, footwear, electronics, household apparatus, fruit and vegetables and snack bars. Reminds me of the market in Istanbul with covered and open markets. A major attraction for tourists, especially from nearby Hungary.