10 Things to Do in Havant That You Shouldn't Miss

Havant (/ˈhævənt/ HAV-ənt) is a town in the south east corner of Hampshire, England approximately midway between Portsmouth and Chichester. Its borough (population: 125,000) comprises the town and its suburbs including the resort of Hayling Island as well as Rowland's Castle (an exurb), the smaller town of Waterlooville and Langstone Harbour. Housing and population more than doubled under either definition of Havant in the 20 years following World War II, a period of major conversion of land from agriculture and woodland to housing across the region following the incendiary bombing of Portsmouth and the Blitz.
Restaurants in Havant

1. The Spring Arts and Heritage Centre 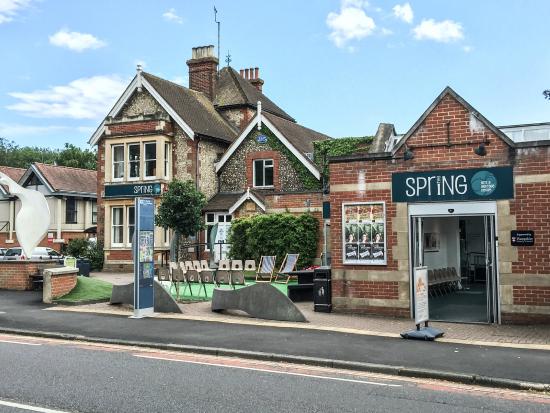 The Spring Arts & Heritage Centre is a small arts venue where big things happen. Our vibrant events and activities help make Havant, Hampshire and the surrounding region a better place to live. Opening hours: Mon - Sat 10:00 - 17:30 or later when there is an evening performance.

Reviewed By Simon B

The Spring offers a good range of live music and shows. The staff are always helpful. There is a bar and cafe on site, and the venue is open all day. 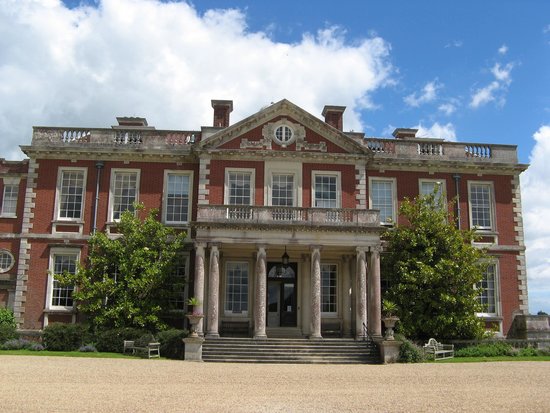 As well as the house and grounds to 2alk in, there are very good garden centre, farm shop, orangerie tearooms/restaurant and kids playground. Dog-friendly.Thank you for taking the time to send your review.

The Mary Rose Museum is home to the Mary Rose and the thousands of artefacts that were recovered from the Solent. Built between 1509 and 1511, The Mary Rose was one of the first ships able to fire a broadside, and was a firm favourite of King Henry VIII. After a long and successful career, she sank accidentally during an engagement with the French fleet in 1545. Her rediscovery and raising were seminal events in the history of nautical archaeology. After a 34 year conservation project, the Mary Rose is now fully on display within her purpose-built museum.

Highly recommend this fabulous exhibition dedicated to the Mary Rose. One of the best exhibitions/ museums I have ever visited. Brilliantly thought out. A huge number of artefacts, and part of the hull of the ship on view. Well worth the trip here. 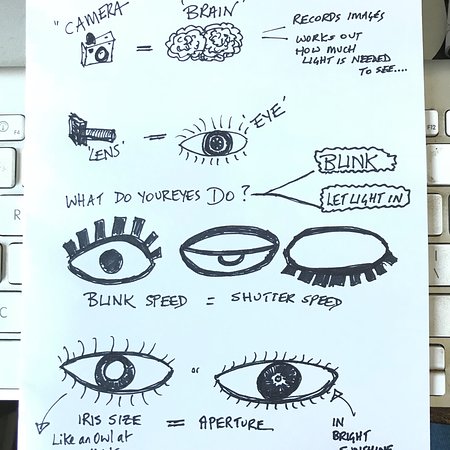 The location itself is pretty enough, but it is marred by the local residents, some of whom are extremely obnoxious and aggressive. I parked my car down there and some minutes later another car stopped adjacent to me and started to blow his horn. The driver demanded that I move; as I was not in his way; I responded that I saw no reason to move. At this point, his wife leapt out of their car, charged over to mine, yanked the drivers' door open and dragged me out of my car. All the time she was screaming at me and her face was contorted with rage. Both the woman and her husband then set about me. I reported them to the police and the woman received a caution. I have their details; both were long standing residents of Bosham Hoe. 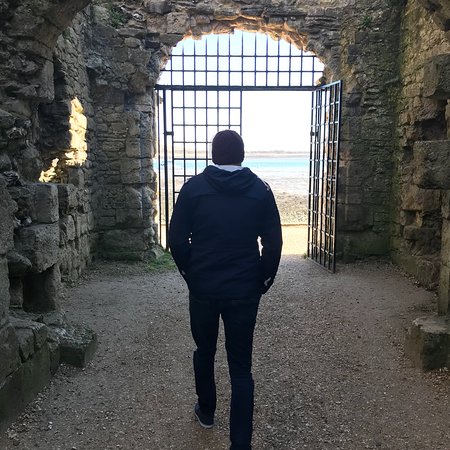 Visited the castle because we live near by and often like to walk to it ,nice walk around the castle and sea shore it has a medieval church in the grounds with a lovely little tea room. A visit to the keep is very interesting and not to expensive lots of space of children to run about nice for a day out in the summer with a nice pub nearby. 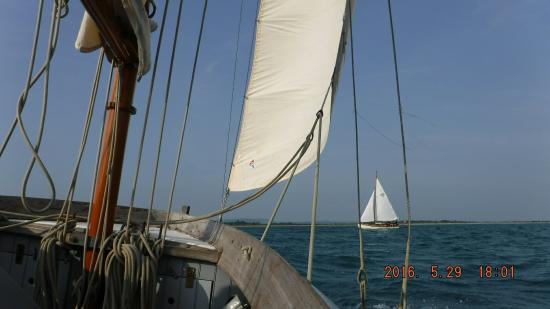 If you are visiting the area, this is definitely a must. Hubby and I have visited Emsworth few times before. I booked this as a last minute thing after looking it up on TripAdvisor. It's £20/adult. And it's well worth it. I don't have any sailing experience and hubby used to sail when he was in uni - so that was ages ago. Booking was very easy, I phoned the number and booked the experience and pay at the same time. They advised us to be there 20-30 minutes before departure for life vest fitting, quick safety talk and a bit of the terror history.
We had fantastic time. They let us steer, teach us the oxo knot which really makes us feel the whole sailing experience. It was roughly 2hrs 15mins. We were blessed with beautiful weather...really enjoyed the experience.
Thank you Matt, Jeff and David.

Authentic Thai Massage by experienced Wat Po Trained Masseuse, I offer Deep Tissue, Traditional Thai, Relaxing Hot Oil plus Neck and Shoulder Massage. I welcome you into my warm home to relieve your aches and pains. My new massage room will make you feel relaxed from the moment you enter and my expert service will ensure that you leave feeling refreshed and invigorated.

Had my first massage with Sukanya yesterday and I hope that it is the first of many. Her touch and attention to my needs was spot on. Next time 2 hours as one is not enough. Eric 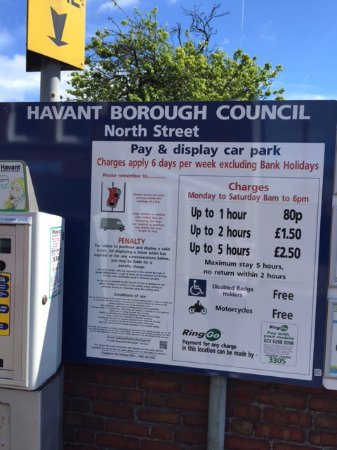 Emsworth Museum is dedicated to preserving, recording and telling the story of the town and its locality through the triumphs and tragedies of its people, businesses and organisations- the story of the oyster industry and its people -PG Wodehouse, who lived, worked and played cricket in the town. Maurice Broomfield,the acclaimed photographer and Sir Peter Blake, the world-renowned yachtsman.

Located on the top floor of what was the old Town Hall, Emsworth Museum tells the story of this small harbour-side town. Its most famous resident was the writer P G Wodehouse and there is a small display about him and a collection of his numerous books. There is an area devoted to fishing,in particular the oyster industry. Several glass cabinets containing various artefacts.
Opening hours are very limited, weekends in summer only. The museum could benefit from a make-over. Perhaps some display panels and better signage. The museum also hosts Exhibitions of local interest. Featuring the Mary Rose Museum and world famous ships HMS Victory and HMS Warrior 1860. Plus visit HMS Alliance, the only remaining WW2 era British ocean going submarine, and the M33, the sole remaining British veteran of the bloody Dardanelles Campaign of 1915-1916. Also including the National Museum Royal Navy Portsmouth, Action Stations and the Harbour Tours, as well as the new Women in the Navy Exhibition and the Jutland Exhibition, there's plenty to see and do. Portsmouth Historic Dockyard is a great day out for all the family. Situated within a working Naval Base, Portsmouth Historic Dockyard is the only place in the world to see the Royal Navy past, present and future - a must see for anyone visiting the south of England.

I loved the Historic Dockyard, even despite it being a cold, rainy afternoon. We bought a combined ticket of Spinnaker Tower plus one Dockyard attraction - HMS Victory - for £24/adult, which seemed reasonable. The annoying thing about having young sons, 3 and 1, is that everything has to be done at a pace that avoids massive boredom-induced tantrums, and although we only spent a few hours here I could easily spend a few days exploring it all in depth. Lots of interesting buildings and Exhibitions to wander in, in addition to the boat. I had visited HMS Victory as a boy myself and it was as good as I remembered. Navigating the boat with toddlers, particularly the steep staircases, was fun! I can only apologise to those people whose audio tours were ruined by two excited young boys running up and down the decks shrieking. One thing that would have been appreciated was a covered buggy park. I think this will be one to come back to when my sons are a fair bit older (if they have an interest in maritime history). 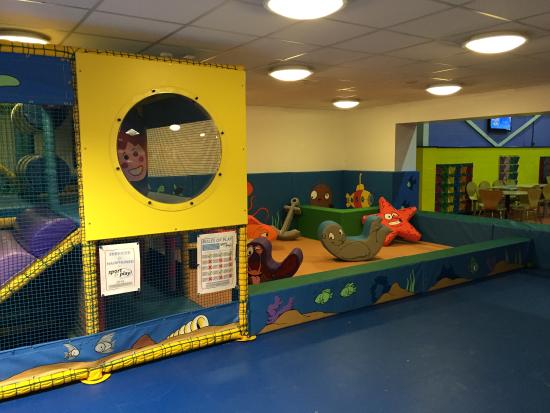 Children can board the boat at Horizon Oceans of Play with their very own passport and climb their way over the four levels to the top of the ship climbing the rigging on their ways. Then once at the top they can slide down into the 'ocean' and explore the bottom level of the indoor play centre which is ocean themed. There is a separate toddlers area which is a submarine theme allowing children to explore the depth of the oceans and climb on their favorite sea animals. A great indoor play centre with plenty of Seating, free admission for adults and free admission for non-walker babies with a paying sibling. There is a cafe upstairs and play and eat options available.

My husband and I visited for a swim with our 2yr old son for the first time this week.
The pools were great, a large pool with shallow end for the kids, and a separate baby pool with floats and balls. Our son had a good time.
The changing area was really dirty though, the floor was black, I didn't want to take my shoes off or put my son down. The showers were full of thick hair, and the baby change unit covered in ... who knows! For that reason I wouldn't return for a swim, but we did find a huge soft play area on the way out which we will visit.