East St. Louis is a city in St. Clair County, Illinois, across the Mississippi River from St. Louis, Missouri, in the Metro-East region of Southern Illinois. Once a bustling industrial center like many cities in the Rust Belt, East St. Louis has been severely affected by loss of jobs due to deindustrialization during the second half of the 20th century. In 1950, East St. Louis was the fourth largest city in Illinois when population peaked at 82,366. As of the 2010 census, the city had a population of 27,006, less than one-third of the 1950 census.
Restaurants in East Saint Louis 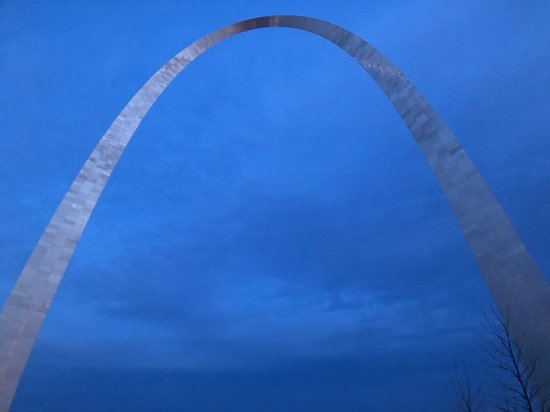 The Museum of Westward Expansion closed, pending installation of all new museum exhibits. As of March 2, 2015, entry-only ticket or tram ticket required to enter Arch. The nation's tallest monument at 630 feet, the Gateway Arch has beckoned visitors since June 1967. The Gateway Arch commemorates Thomas Jefferson and the role St. Louis played in the westward expansion of the United States. A visit to St. Louis isn't complete without standing at the Arch's base and playing professional photographer, but the view from the outside is only half of the experience. Attractions within the Arch include the Journey to the Top (the last tram leaves one hour before closing); educational programs (will be housed at the Old Courthouse); award-winning documentary movie, Monument to the Dream; and a gift shop. Closed Thanksgiving, Christmas Day and New Year's Day. Note: the address shown is for the Old Courthouse which is acting as the Gateway Arch Ticketing and Visitor Center throughout construction. Pedestrian entrance to the Arch Grounds is at Walnut Street at Memorial Drive or via the Grand Staircase from the riverfront.

Taking a road trip from Chicago to KC for a weekend BBQ Tour, we decided that it was time we finally visited the gateway Arch. Neither of us had ever been to the Arch, and as a Cubs and Blackhawks fan I had never even gotten out of my car while in enemy territory. We found the Arch to be an engineering marvel and enjoyed the tiny elevator cars that make you feel like you’re riding in a dryer drum. The view from the top extends for miles, but unfortunately, the Mississippi River has to be one of the least photogenic bodies of water in the world—despite St. Louis’ efforts to build a nice park along the river’s edge. Beyond the river, one is treated to a view of East St. Louis, a panorama easily forgotten, but the view to the west includes the entire city of St. Louis and points beyond. As the Gateway to the West, this is clearly the view Eero Saarinen had in mind. The Arch itself is also very photogenic, and we between us we took more than 50 artsy shots of it. All in all, we found the Arch itself to be more attractive than the views it affords. 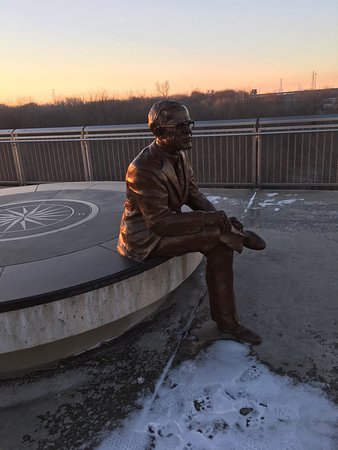 Beautiful views of the arch, and the geyser is pretty neat as well. (Note that the geyser only goes off a few times a day during warm months- check the website for exact times/dates.) There is also a live video feed from the top of the overlook that you can watch from the website - just I case you want to wave to family or take your own picture through that! The area driving to the park felt a little rough, but the park is well-kept and I felt safe there. Side note : The geyser is not in the same view as the arch! They are on opposite sides of the park. 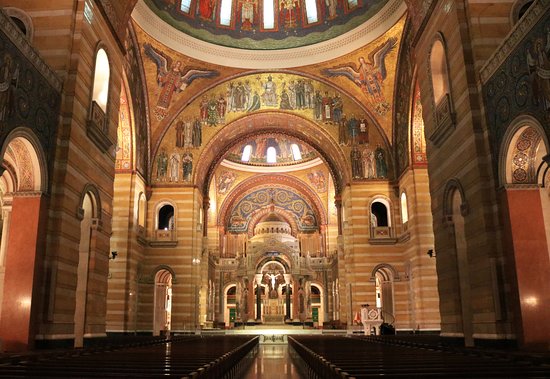 The Mother Church of the Archdiocese of Saint Louis, the superstructure of the Cathedral was built between 1907 and 1914. The Cathedral's 100th Anniversary is being celebrated in 2014. It is known for its' beautiful interior mosaics, which took nearly 80 years to create using more than 41 million pieces of glass tesserae. The Cathedral is known for having one of the largest mosaic collections in the Western Hemisphere.

Beautiful architecture!!! If you like Catholic Churches and appreciate art work this is the place to see. Hard to imagine the amount of money the have in it. I was given the Rusty Wallace Driving Experience 10 lap experience for Christmas. On 2/15/15 we arrived at Mobile International Speedway and were cheerfully greeted and signed in. We then attended a class for the experience. The class was very informative and at times comical! We then went and got all of our racon gear on. Then off to the cars, strap in and START YOUR ENGINES!!!

The cars torque and the way it handled and accelerated will make you have a great respect for the professionals that do this every weekend. If you ever have the opportunity to do the Rusty Wallace Driving Experience.... D 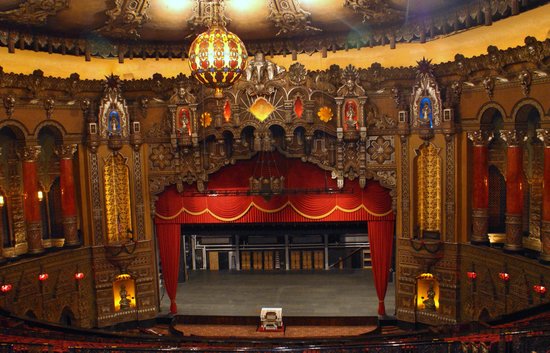 The Fabulous Fox Theatre first opened in 1929 as a movie palace in William Fox's motion picture empire. The theatre was reopened in 1982, and today it is one of the most exquisite venues in the country to enjoy live touring Broadway shows, concerts, and comedians. We hope you'll visit us for an upcoming show or one of our guided tours!

Stunning theater. Every time I visit, I notice something new and beautiful in the details. The seats are not the most comfortable but it's an old theater and it's not distracting. If you are on the upper level, there are more beautiful treasures to be seen.

If you have club seats you can enter through the club entrance at the back, but I highly suggest you see the main entrance if it's your first time. 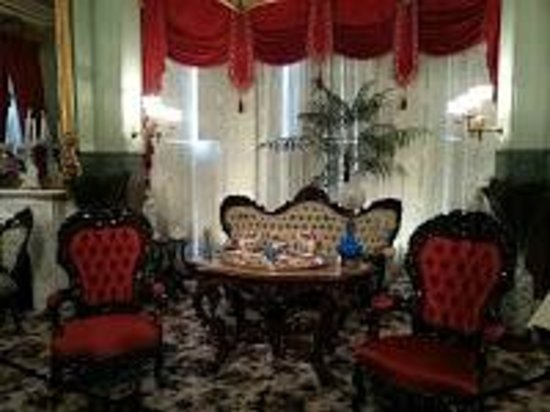 Since opening on February 6, 1943, the Campbell House Museum has served the greater St. Louis area as one of America's premier historic property museums. The Museum not only preserves the Campbell's house, but also their collection of original furniture, fixtures, paintings, objects and thousands of pages of family documents. Included in these documents is a unique album of 60 photographs of the interior of the house taken in about 1885. In 2005 the Museum completed a meticulous five-year restoration that returned the building to its opulent 1880s appearance, when the house was one of the centers of St. Louis society.

Reviewed By Kitsaattheshore - in NJ

Walked on over from the City Museum, it is the last remaining home from the former neighborhood of Lucas Place. It is the height of Victorian opulence, lovingly restored. Our docent was very knowledgeable & let us take as much time as we needed to soak it all in. This home had as guests, President & Mrs. Grant, General Sherman & Chief Red Cloud for starters. On the one wall in the hallway you can see where they meticulously copied the decorative wall trim. Check out the ice cream molds in the kitchen, & the smallest sewing machine I have ever seen in the housekeepers room. There is a nice gift shop in the basement, a pretty garden & a carriage house. 8.00 for adults for the guided tour, children 12 & under free. Closed Monday Tuesday Open by appointment only in January & February. Photographs are permitted. 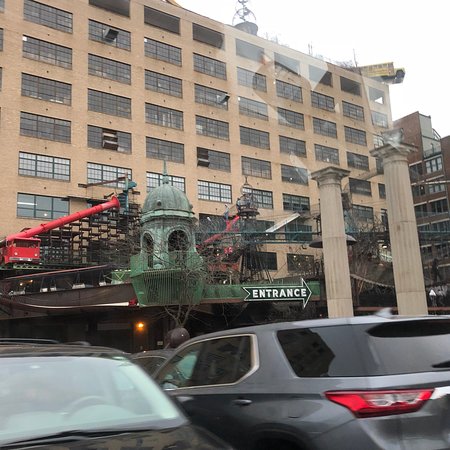 Don't take the name so literally. We're about fun. Not your white walls, walk around, and be quiet museum. If you want to climb around, get active with your kids or are a big kid at heart, we're the place. If you get freaked out easily, you might not want to come. We're four floors filled with miles of tunnels, a full cave system, over 30 slides, a circus, an arts area, a large outdoor climbing space, Architectural Museum, a Cabin that serves adult beverages, a Museum of Mayhem, Mirth and Mystery, and a ton more. Also, there's the roof with a Ferris Wheel and a bus hanging off its edge.

Reviewed By mpotter13 - Fayetteville, GA- outside of Atlanta

There's not much more I can say, and I am fully aware that no words can convey the awesomeness of this place. It defies the imagination (& logic!)

There are nooks & crannies , stairs & slides absolutely everywhere. My daughter is on the less-than-daring side, but even we all enjoyed a good 5 hours in this place!

Pictures cannot do it justice. You just have to go! If you can deal with stairs & crowds (but really, it's a giant place & the crowds are managed well because there are SO SO MANY OPTIONS). It's an absolute marvel! 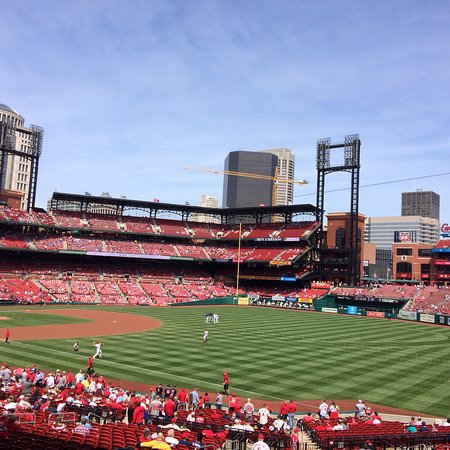 This stadium is one of the most visible symbols of St. Louis' success.

My son and I enjoyed about just over an hour guided tour of the ballpark where we saw the champions club, the Radio Booth, the dugout and several other behind the scene places. The players club house (locker room) is not included in the tour. Nicely kept baseball park. The tour was about 1 mile of walking and included stairs and elevators. Tickets were reserved online and in advance. Your ticket will also get you entry into the museum and 10% of your gift shop purchase (the day of the tour only). 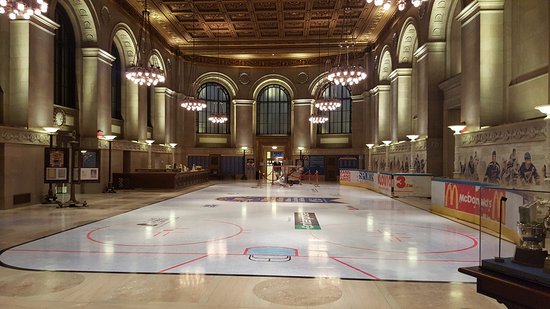 The Central Public Library in St. Louis is a gorgeous building. It was renovated in the early 2000's, but was built in the early 1900's. The architecture is amazing! The painting on the ceilings, marble stair cases, stained glass windows, and light fixtures are beautiful. I went to see the WWI exhibit in the main hall. There are posters, a timeline of the war, paintings, and displays. It is very well done, as WWI doesn't get much attention, but led to WWII. They had information about women's service in the military and back at home. If you love history, go see it!

10. Cardinals Hall of Fame and Museum 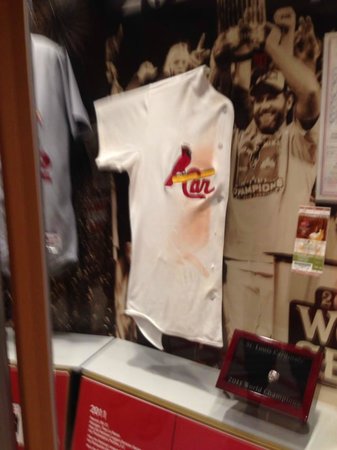 Few franchises have the acclaim and heritage of the St. Louis Cardinals, and that history lives here, in the Cardinals Museum. Featuring stadiums, players and championship moments, the Cardinals Museum boasts one of the largest team-specific collections of artifacts and memorabilia in the world. The Museum's seven galleries take you on a chronological journey through the rich history of the Cardinals, allowing you to learn about the birth of the franchise, relive special memories and interact with great exhibits.

We decided to try the AT&T seats above Ballpark Village and discovered that one of the many benefits of these tickets is that you have free admission to the Cardinals Hall of Fame and Museum. We went through briefly during a slow inning and were completely surprised by the quality of the collection, it's first-class presentation and how much fun it was. Because the Cardinals Organization always does things right, we knew it would be nice, but if you're a Cardinals fan, you shouldn't miss it. Even if you pay the modest admission price, it is more than worth it ...a truly memorable experience.